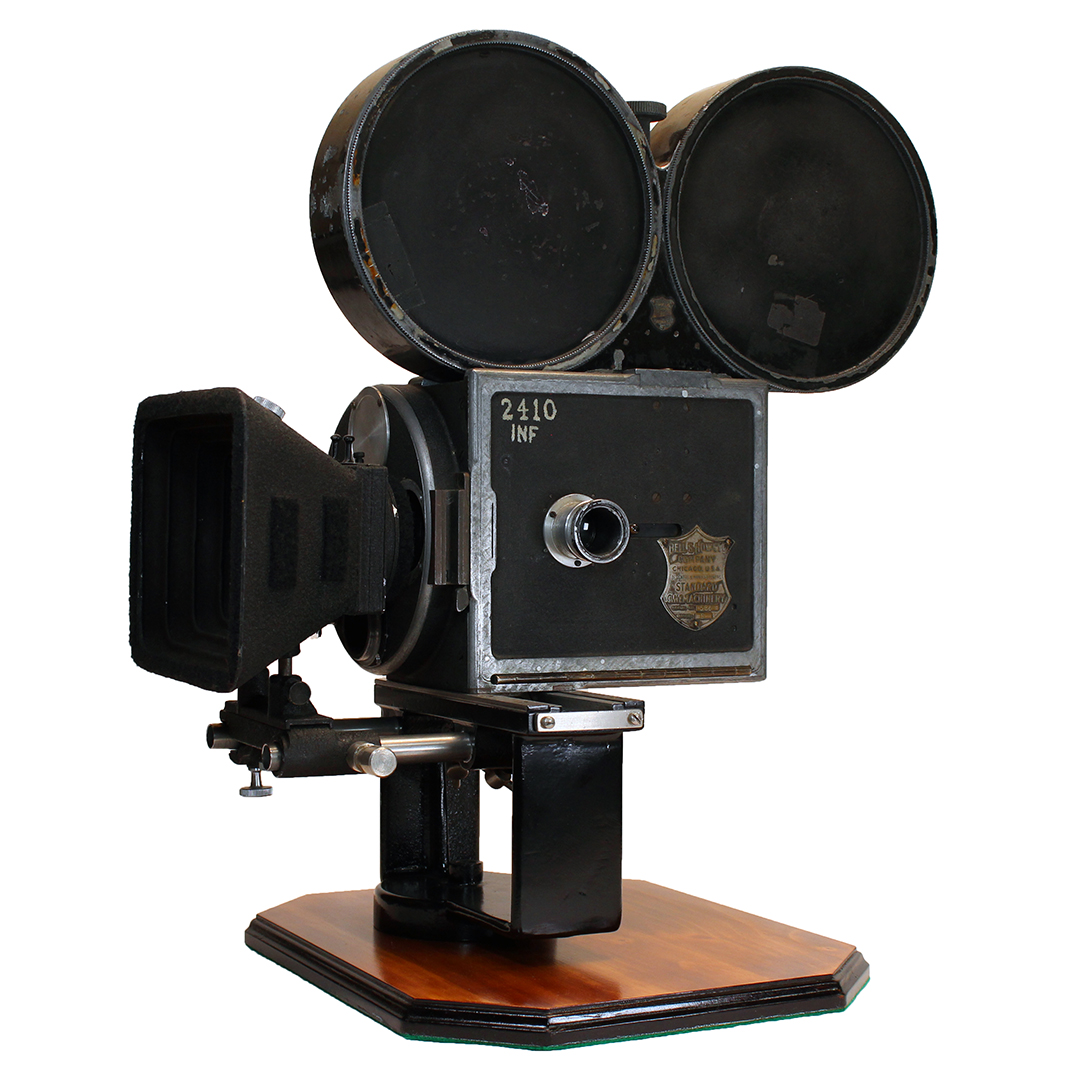 Bell & Howell # 586 was originally sold to Seminole Films, Inc. of Eustis, FL on April 2, 1923. Seminole Films was incorporated in Eustis by Dr. Edgar J. Banks in November of 1922. Dr. Banks (1866-1945) was an interesting and colorful figure, often called an inspiration for the character Indiana Jones. Banks began his career as an archaeologist and the American consul to the Ottoman Empire in the early 1900s. He spent nearly 10 years fighting for permission from the Sultan of the Ottoman Empire to excavate the ruins of the Babylonian city of Adab, or Bismya. In 1903, Banks was finally granted permission to begin his dig. Sponsored by the University of Chicago, Banks and his crew uncovered thousands of objects and cuneiform tablets dating from 4500 to 2800 BCE. After the dig was stopped due to accusations of artifact theft, Banks returned to teaching and lecturing, which he continued until 1921. Perhaps Banks’ biggest contribution to history were the thousands of cuneiform tablets he sold to museums, universities, and private collectors all over the world.

In 1921, Banks was invited to Hollywood by Cecil B. DeMille to consult on historical and architectural matters for DeMille’s biblical epics. For a short time in 1921 and 1922, Banks served as a producer with a company called Sacred Films, before moving to Florida and establishing Seminole Films, Inc. in November 1922. Both companies made films with biblical and mythological themes. The first reported feature of Seminole Films was about the Greek God Bacchus. It is unclear what became of any of the films Banks made while in Florida, nor if any of the films were ever screened. Banks’ daughter suspected that her father destroyed them all as he was dissatisfied with the final products.

This particular camera was setup to work as an animation camera and was probably mounted to an ansmstion crane in its previous life. You can see a drive shaft mounted in the opening where the critical finder used to be. An excellent working camera. Could be converted back to a standard 2709. We chose to leave it in its current configuration. The camera comes with one 400' magazine, one Mitchell Matte Box, one custom display base, Rotoscope prism and a boresight mounting tube. 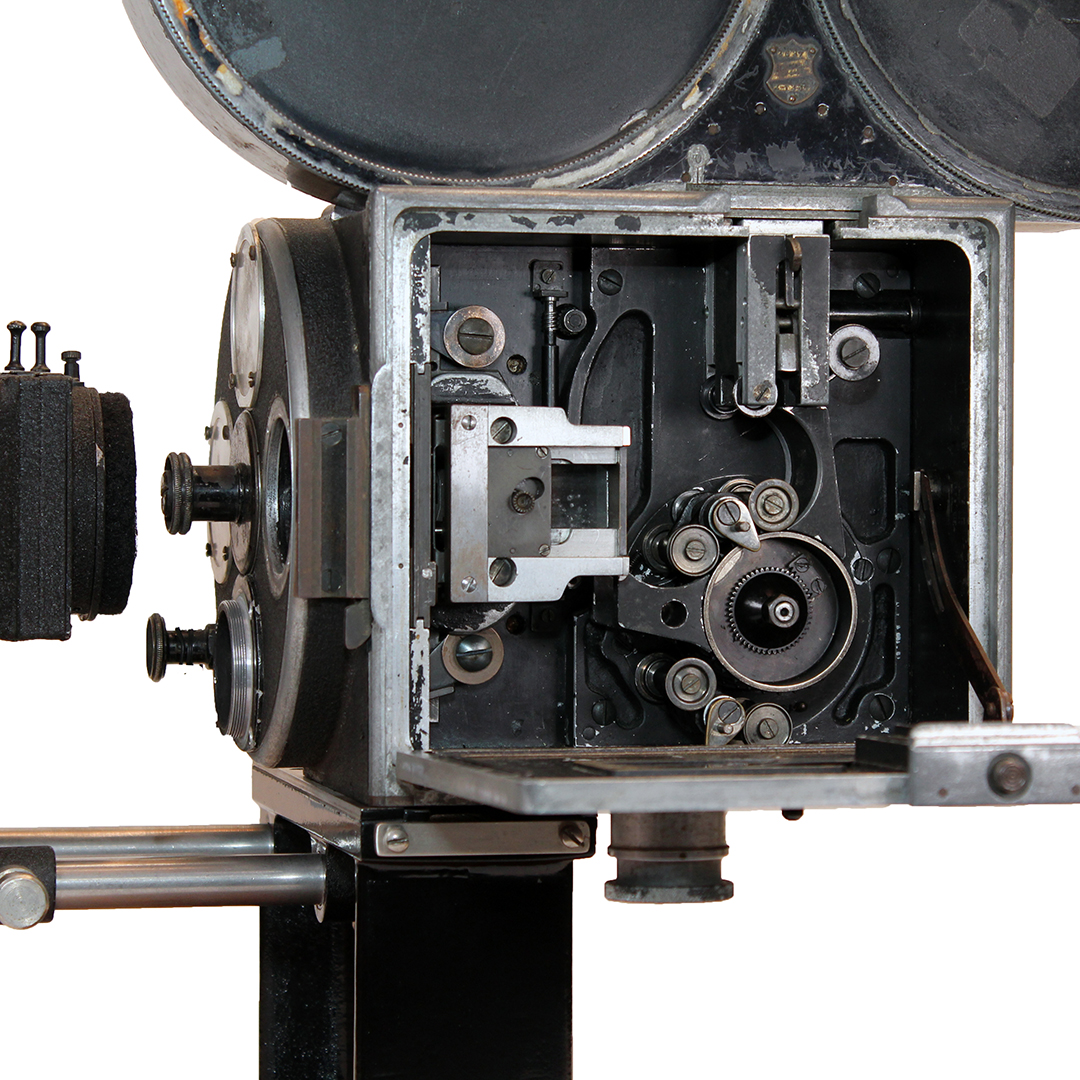 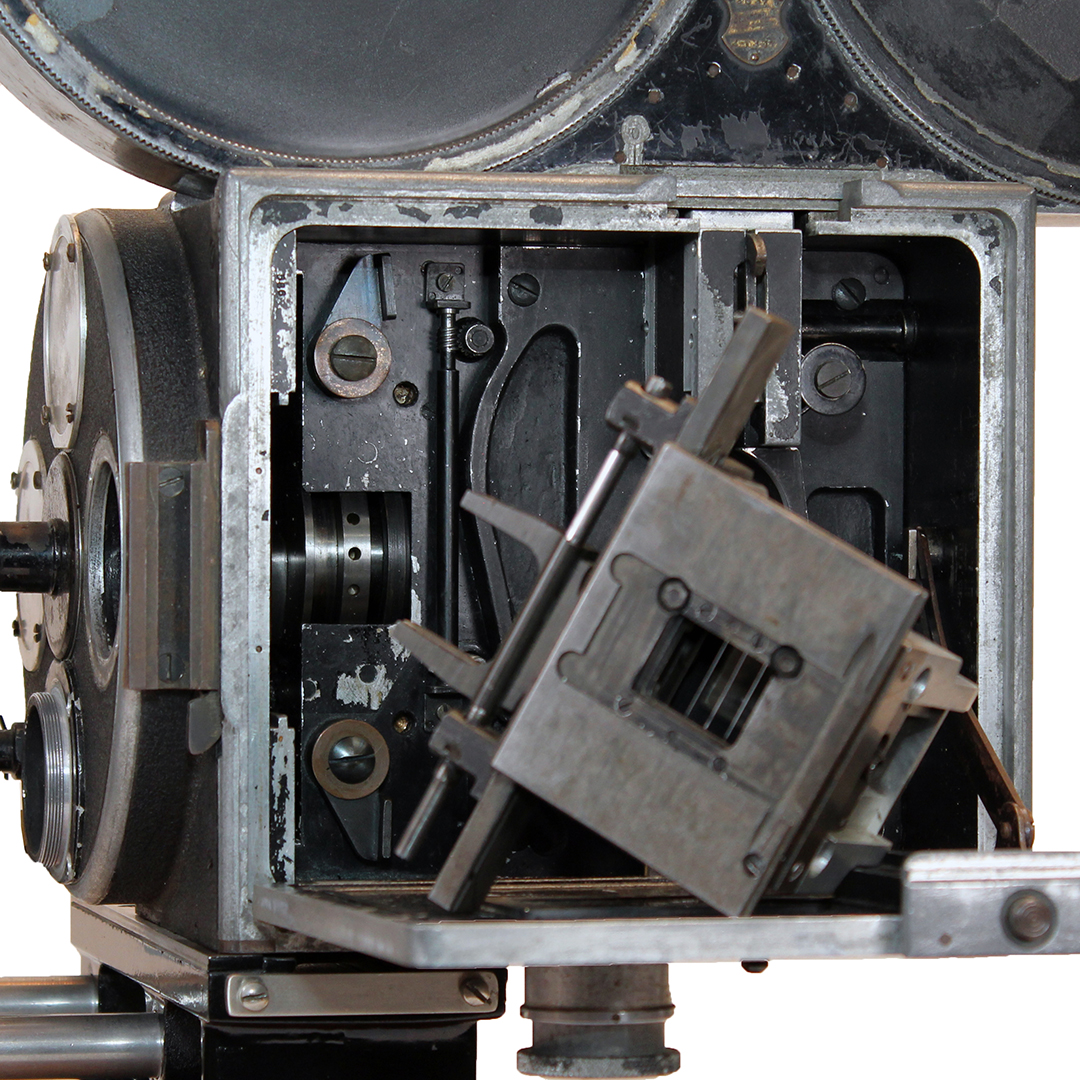 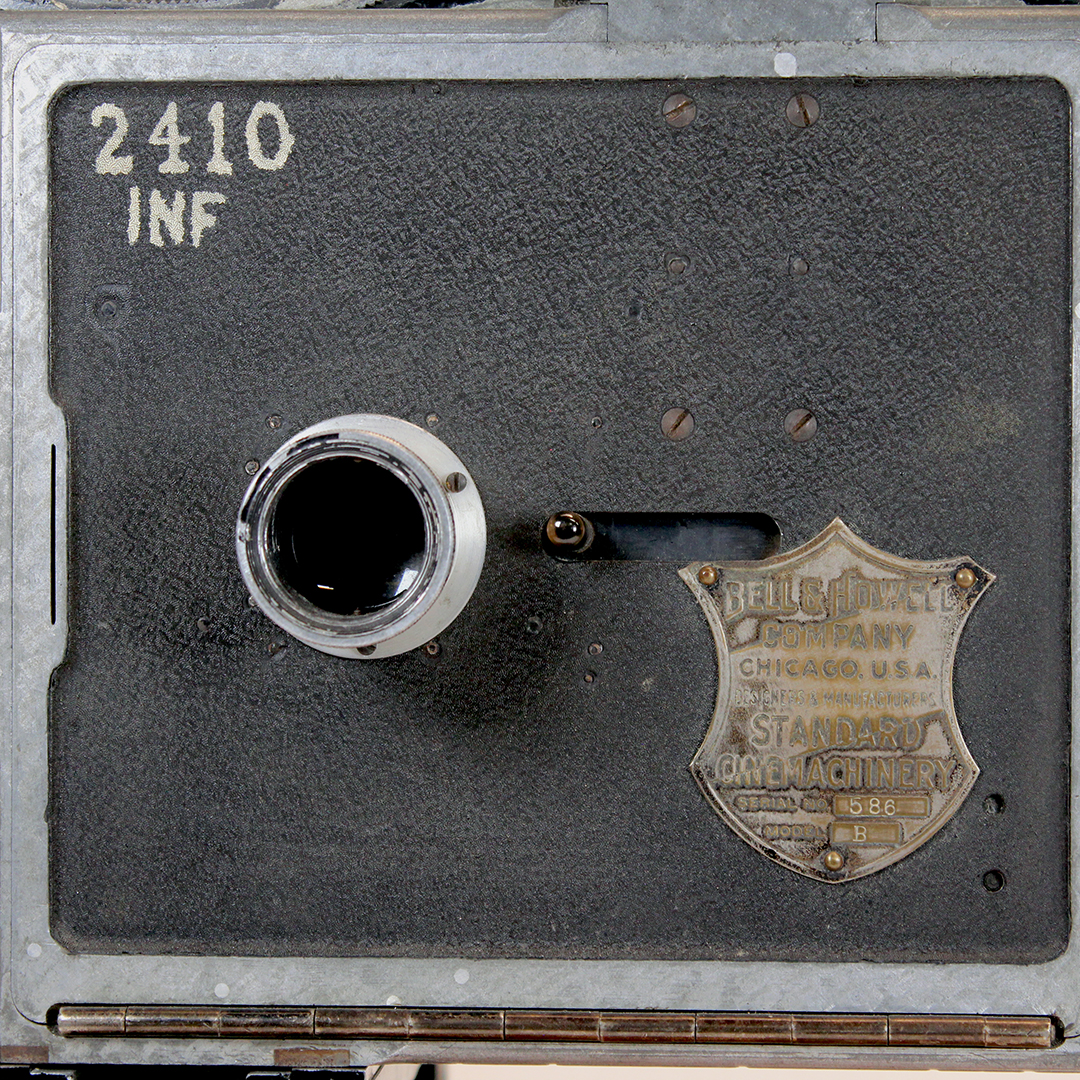 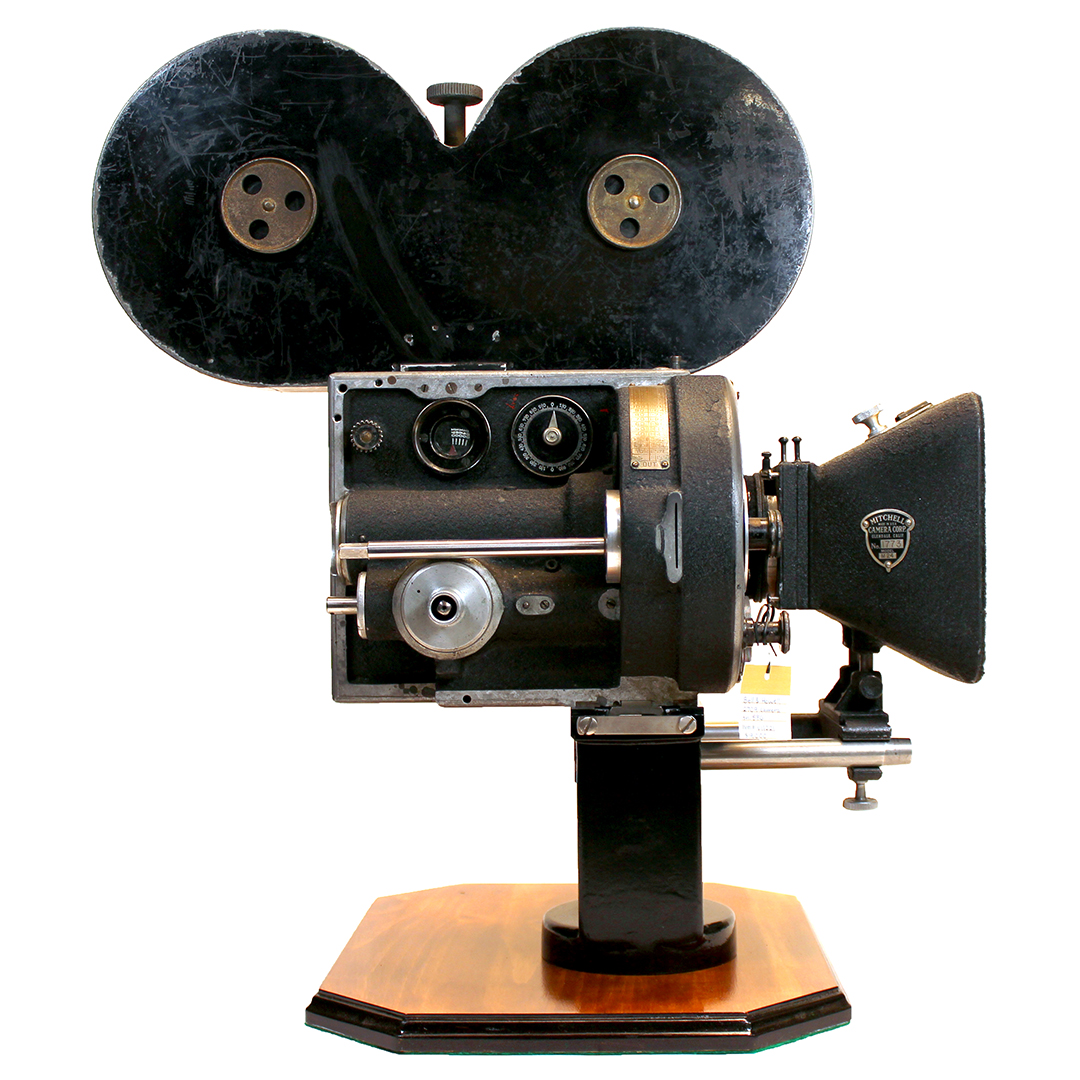 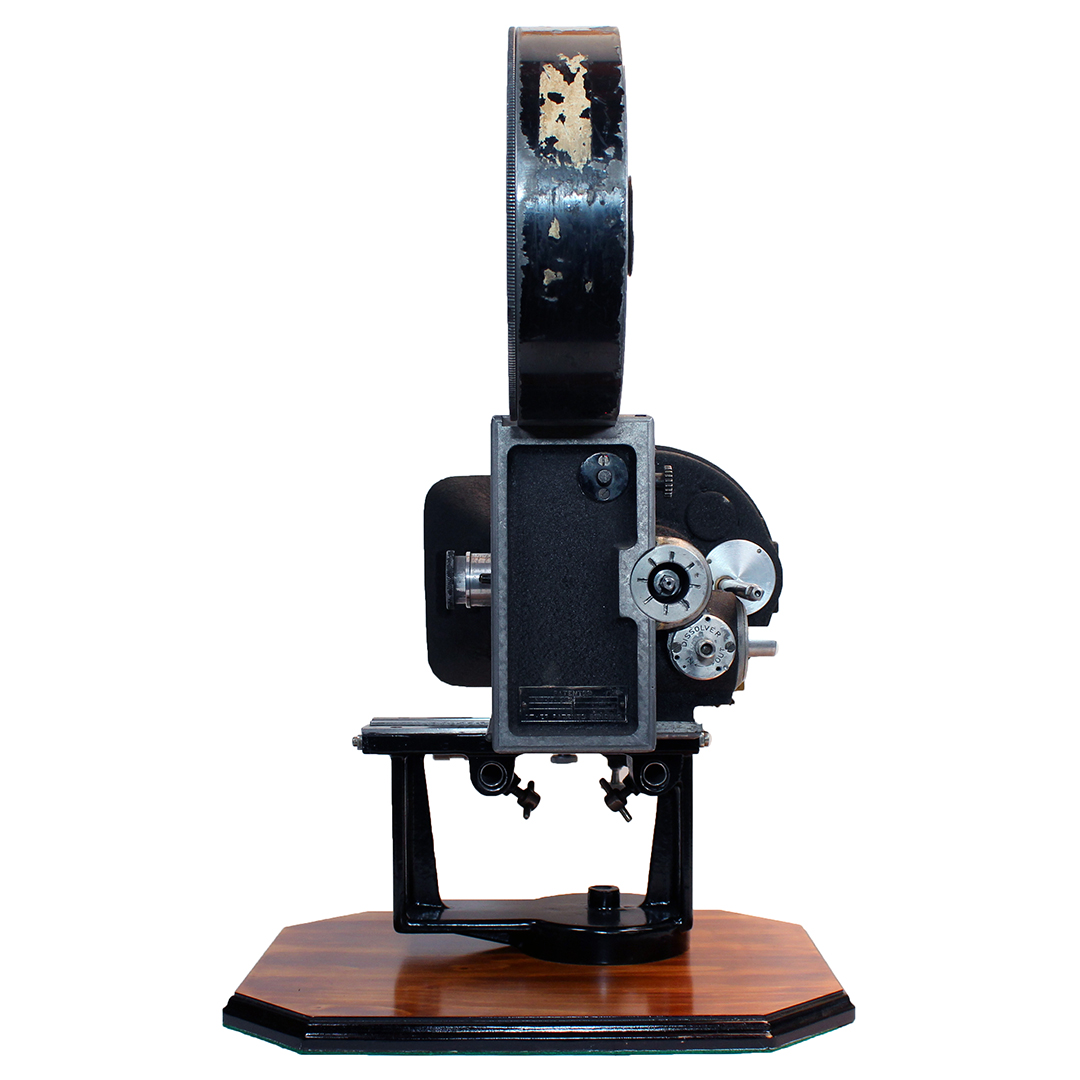