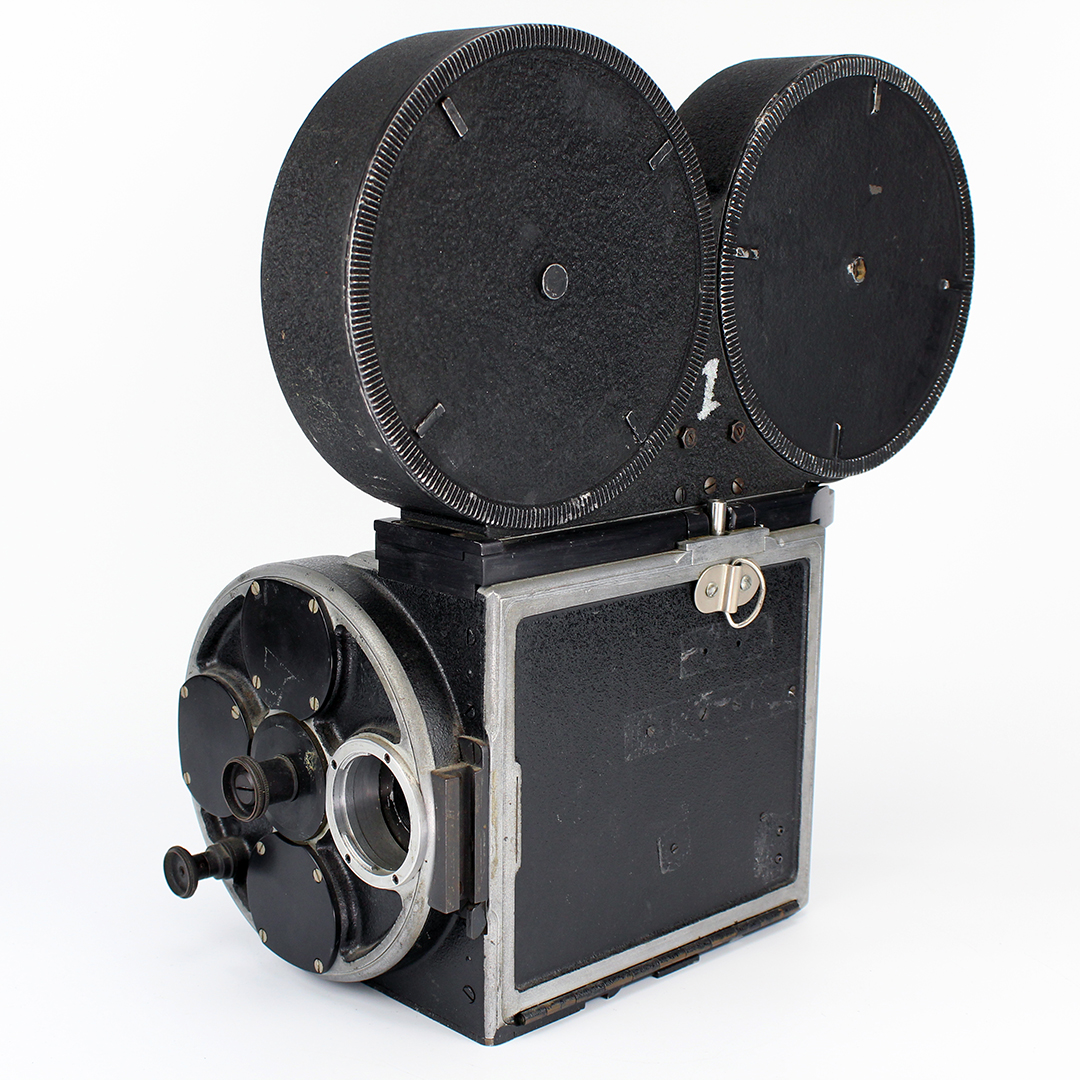 This camera comes out of the studio of matte painter and visual effects artist Rocco Gioffre where it worked on many feature films and television shows. Originally sold on November 3, 1925, Bell & Howell 2709 #707 was delivered to First National Productions on Melrose Ave. in Los Angeles, CA. First National Productions was the production arm of First National Pictures, one of the 5 major Hollywood studios in the 1920's. First National began in 1917 as the First National Exhibitor's Circuit which merged some of the largest "first-run" theater chains in the United States. This association was originally conceived to buy, produce, and distribute films to the company's newly merged theaters. In 1917, before they founded United Artists, First National signed coveted contracts with stars Mary Pickford and Charlie Chaplin to exhibit their films in First National's theaters. They also courted other big stars and directors of the day, signing deals with Frank Borzage, Jackie Coogan, Buster Keaton, Norma and Constance Talmadge, and Maurice Tourneur. In 1919, First National Exhibitors Circuit reincorporated as Associated First National Pictures, Inc. with its 5000 independent theater owners as members.

Of the many films made by First National Pictures, perhaps the best known is the 1925 version of Sir Arthur Conan Doyle's "The Lost World". This was the first time stop motion animation was used in a full-length feature film. The dinosaurs encountered by a group of explorers were animated by noted visual effects artist Willis O'Brien, who would go on to animate King Kong in the 1933 film. Our camera was purchased on November 3, 1925 and was active at First National Pictures into the early sound era. Many notable directors and cinematographers as well as famous actors and actresses worked for First National during this camera's tenure. Among them are noted Cinematographers Arthur Edeson ("Casablanca", "Frankenstein", and "All Quiet on the Western Front"), Ernest Haller ("Gone with the Wind" and "Rebel Without a Cause"), George J. Folsey ("Forbidden Planet", "Adam's Rib", "Meet Me In St. Louis"), and Ted D. McCord ("The Sound of Music", "The Treasure of the Sierra Madre") to name a few. Many famous directors and editors of the time were at First National during this period, including Frank Lloyd ("Mutiny on the Bounty" and "The Howards of Virginia"),Alan Dwan (Heidi", "Robin Hood [1922]", and "Sands of Iwo Jima"), and Ralph Dawson ("A Midsummer Night’s Dream [1935]", "The Adventures of Robin Hood [1938]", "Harvey", and "The High and the Mighty"). They also counted some of the era's most famous actors among their employ, including Richard Barthelmess, Mary Astor, Colleen Moore, Loretta Young, Douglass Fairbanks Jr., Walter Pidgeon, Gary Cooper, and even Babe Ruth.

While we haven't been able to associate our camera with any specific production, it was part of First National's camera department during the heyday of their studio and must have worked on many important features. The Bell & Howell 2709 35mm motion picture camera has a well-deserved reputation for capturing rock-steady images both in live action situations and when filming special visual effects. This 35mm Bell & Howell 2709 camera, serial # 707, has been modified to take standard Mitchell Magazines. One of the turret holes has also been modified for a Nikon lens mount, and a buckle trip mechanism has been added to the film path. All of the other traditional features of the classic Bell & Howell 2709 camera remain intact. A beautiful, clean camera ready for your studio or collection. 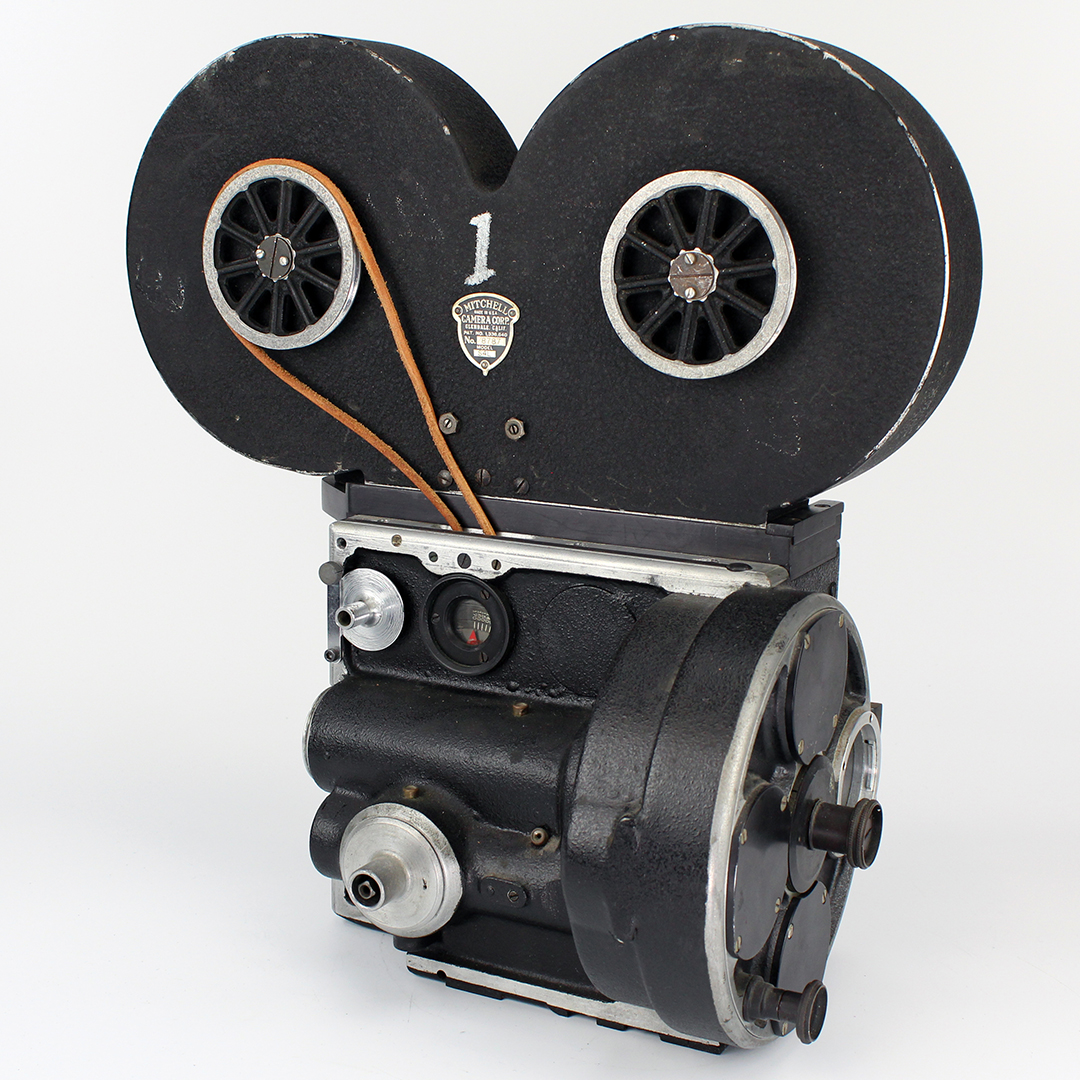 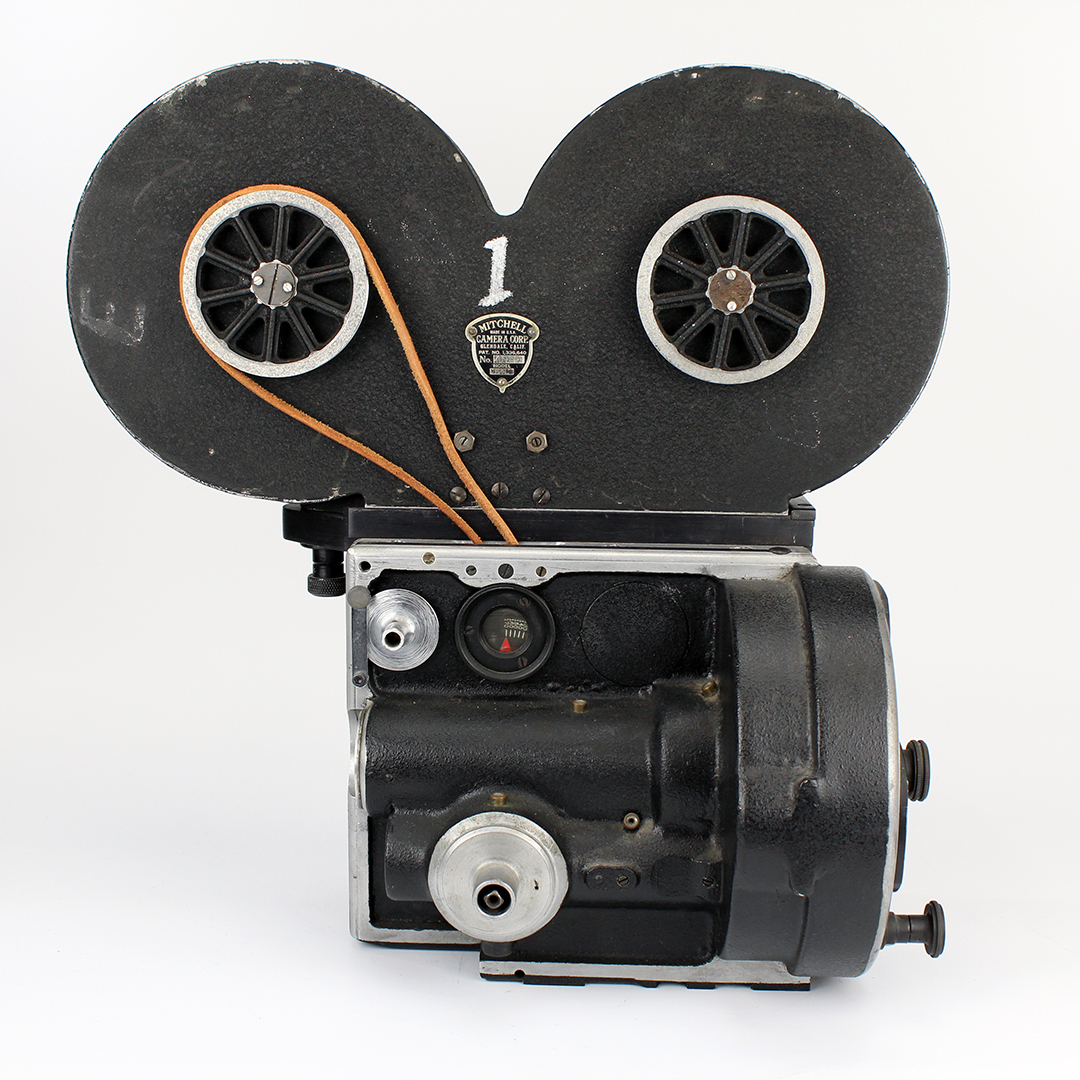 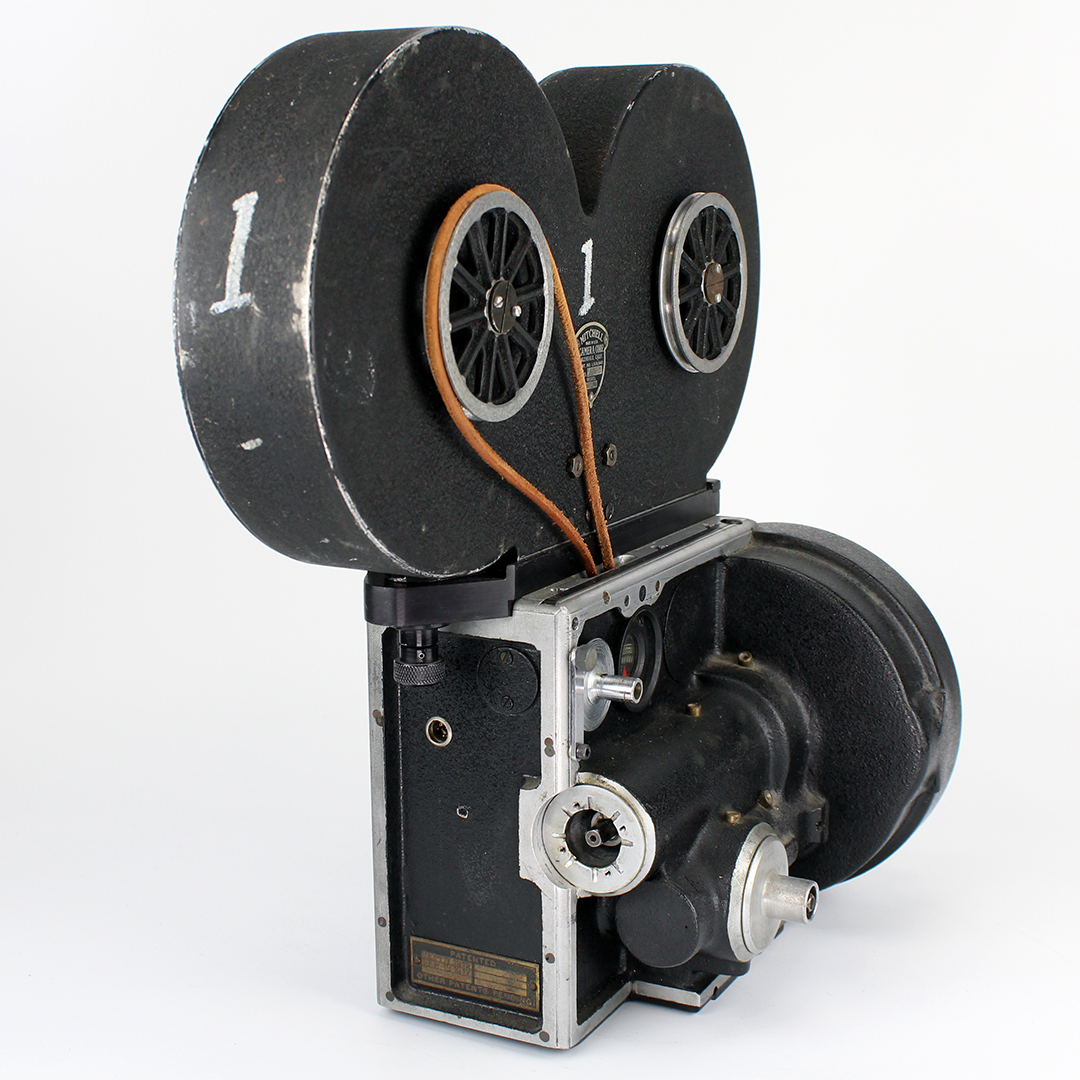 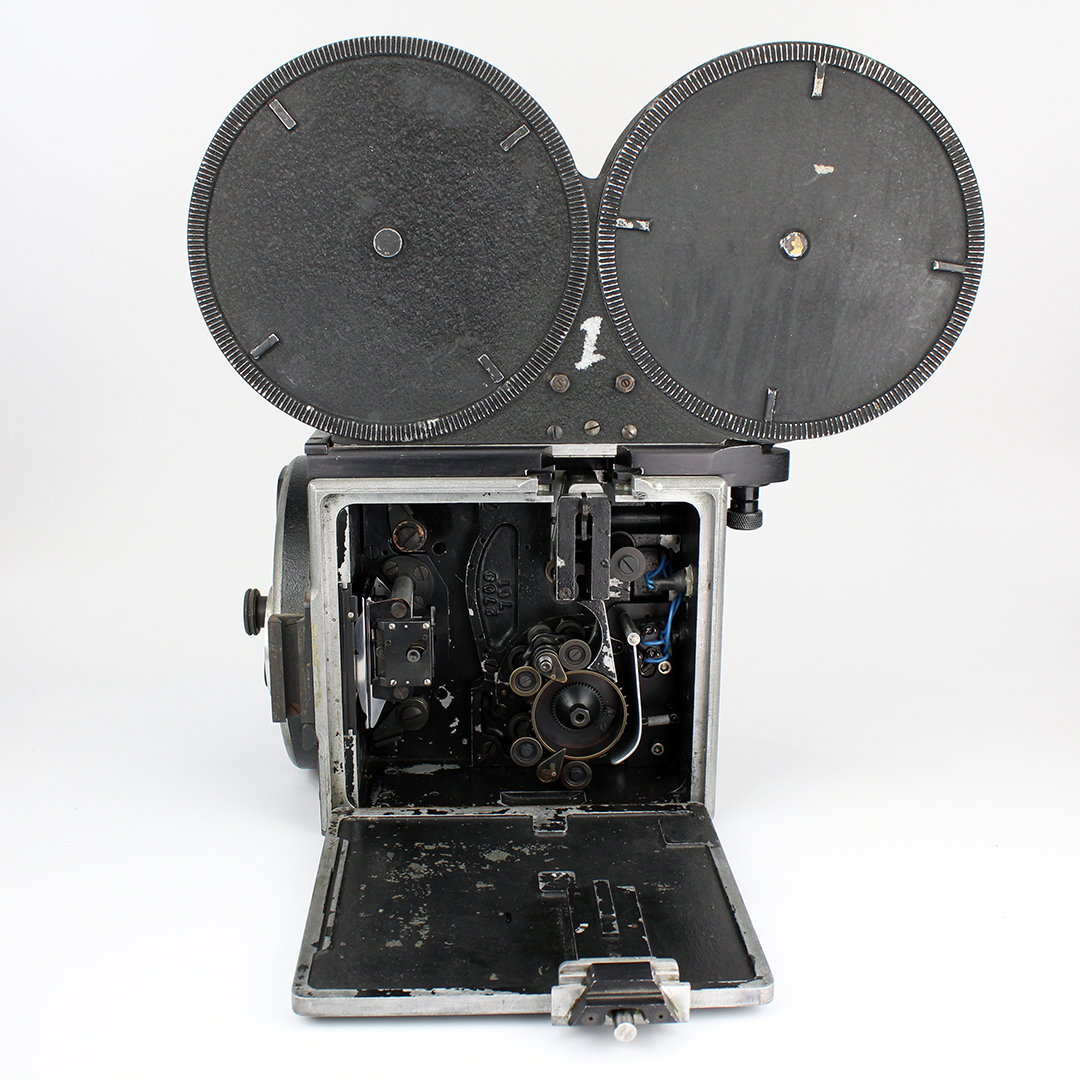 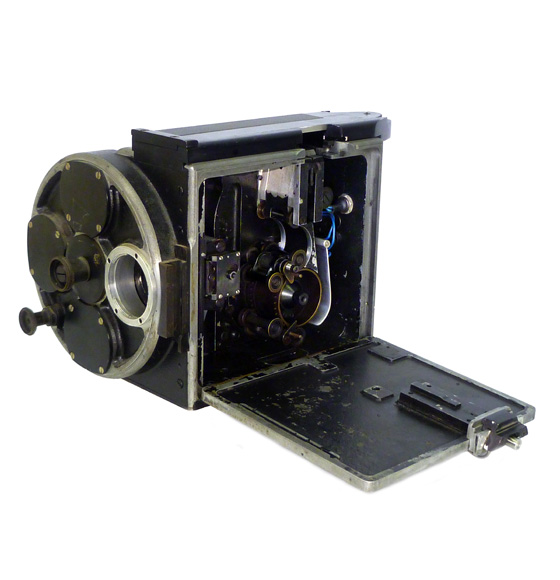