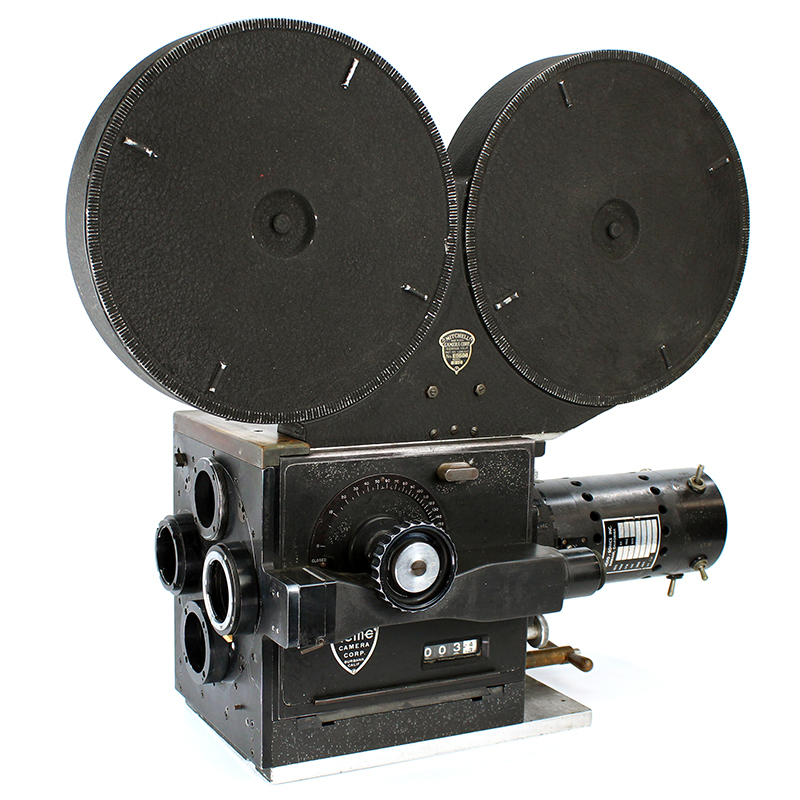 The Acme Model 6 camera was the mainstay of the optical printing and Special Visual Effects industries, as well as animation, and matte painting composite photography for decades. The Acme Tool and Manufacturing Company began as a contract machine shop in the late 1920’s and entered the motion picture camera manufacturing business in 1930 when they were approached by Walt Disney to modify a Bell & Howell 2709 for animation work. They began making their own cameras shortly after this, beginning with the Acme Model 5 and evolving to the Model 6 and beyond.

Acme cameras are ideally suited for visual effects work because of their updated, steady unit “I” shuttle movement, improved viewfinder, and ease of access to essential camera controls. This particular camera is unique in that it features a rackover viewfinding system and a 4-hole turret, features that were not common on Model 6 cameras. A unique accessory available from Acme was their stop motion motor. The motor is adjustable in ¼ second, ½ second, 1 second, 2 second, and 4 second exposure times, ideal for animation, matte painting, and optical printing. We are not sure who the original owner of this camera was, but at some point in its life, it belonged to Cinema Research Corporation, a major optical and visual effects house in Hollywood from 1953 until 2000. We acquired this camera from the studio of Rocco Gioffre, a masterful matte painting artist, model maker, and filmmaker. 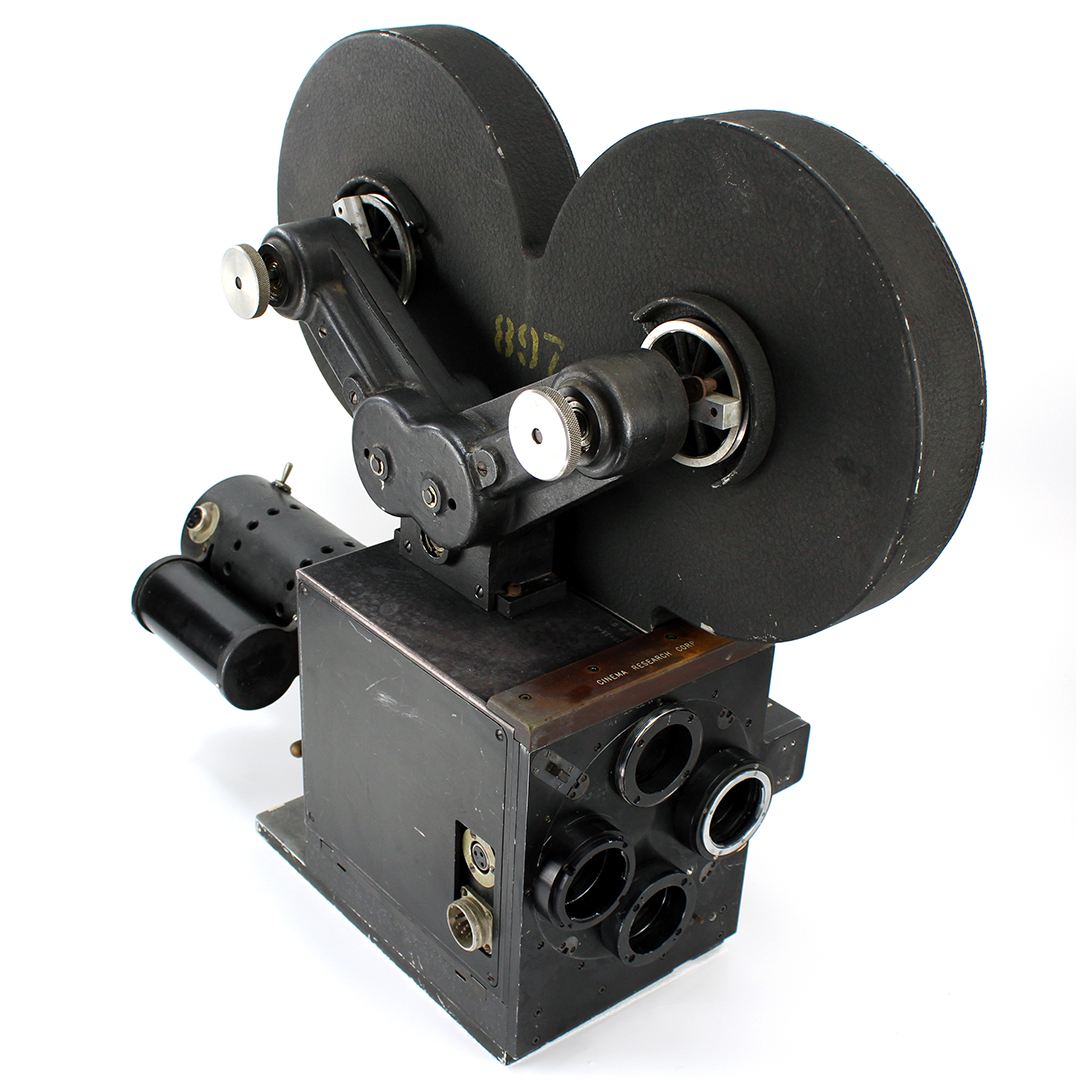 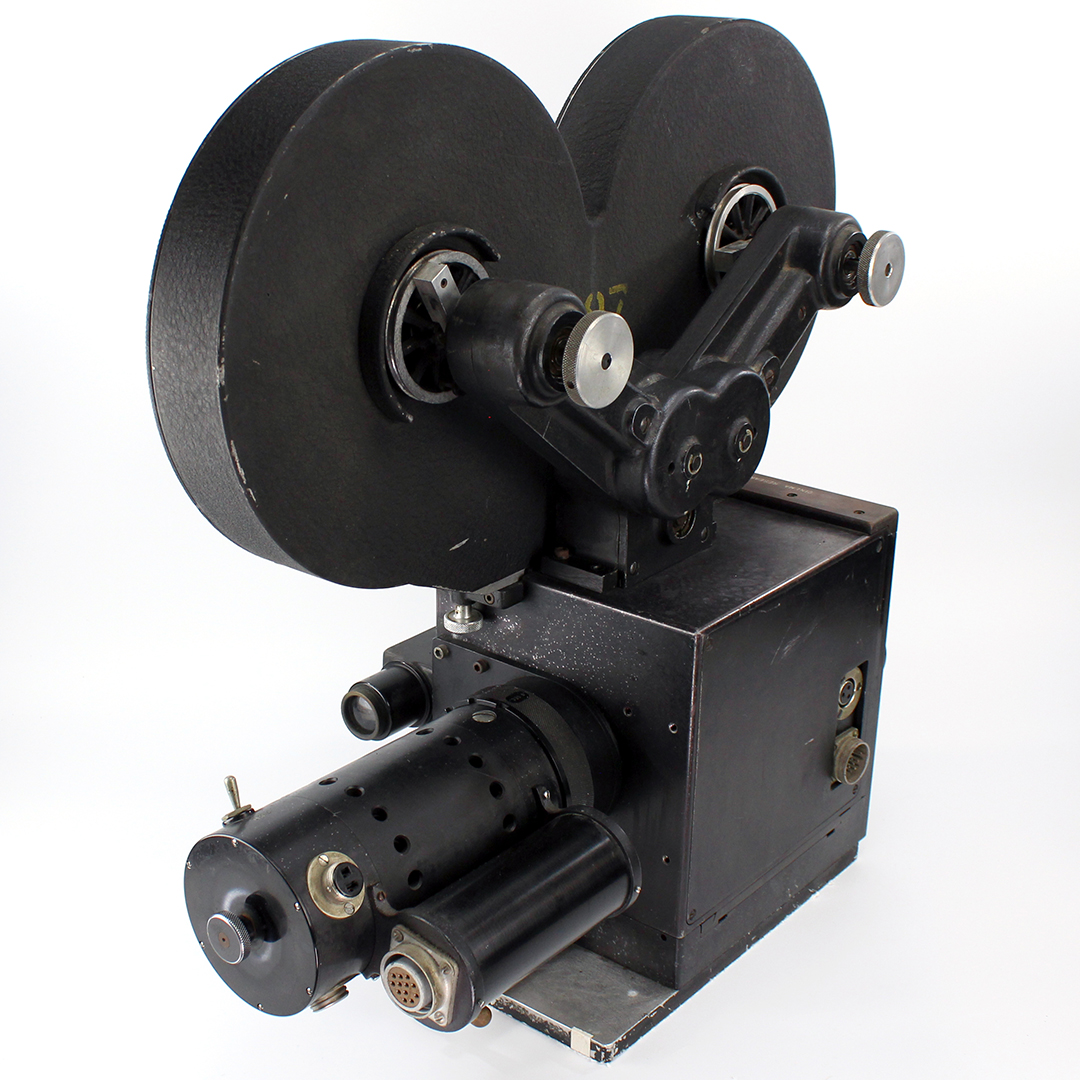 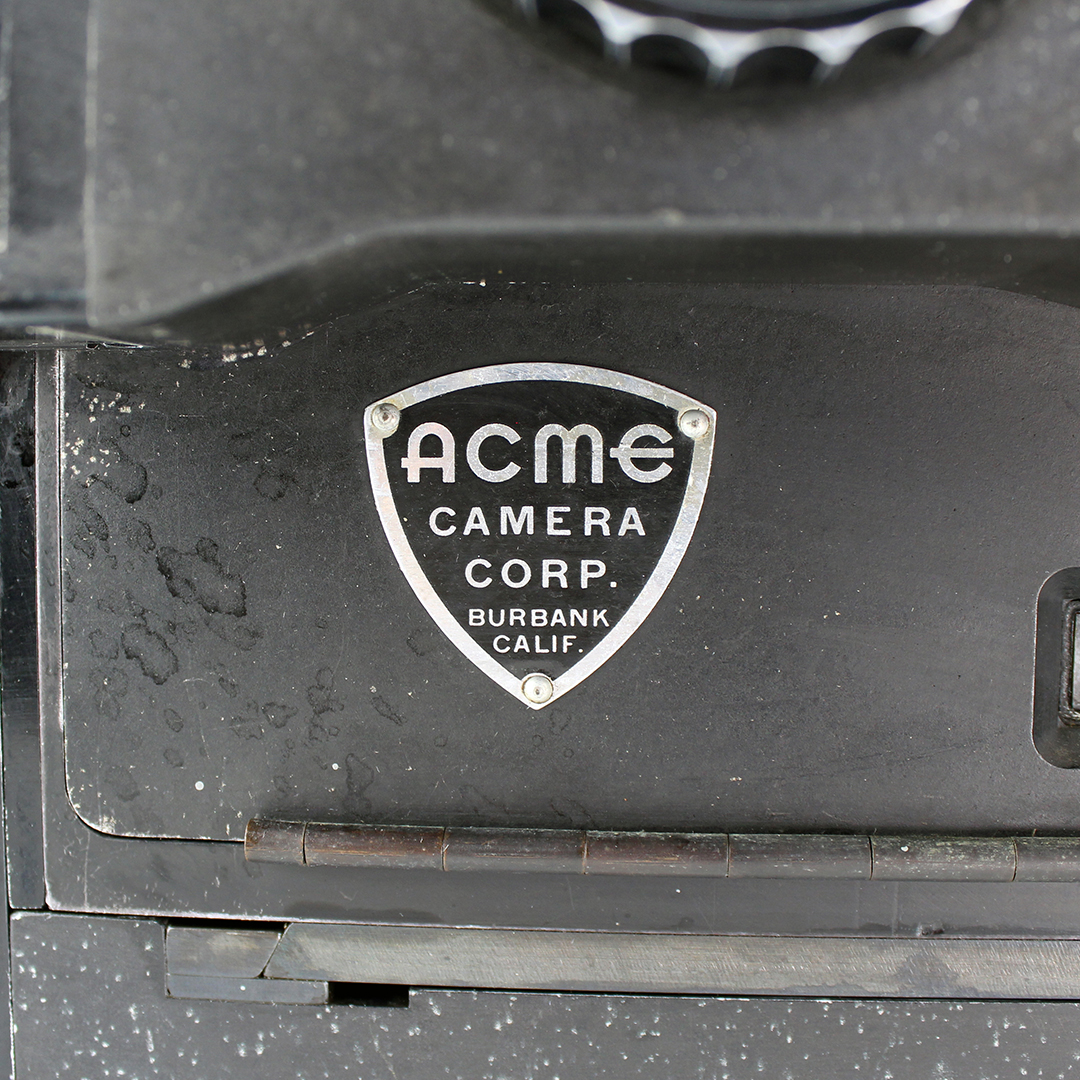 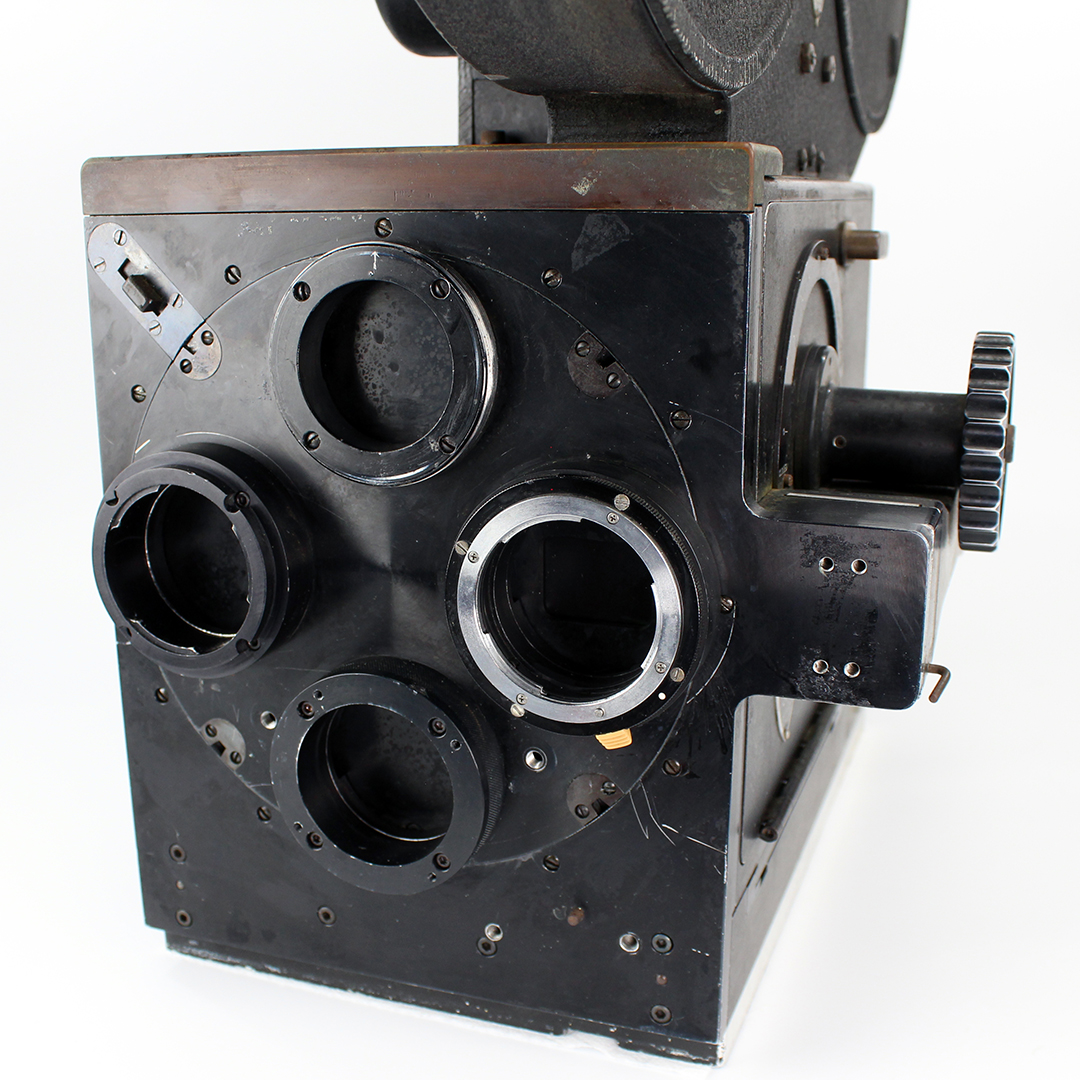 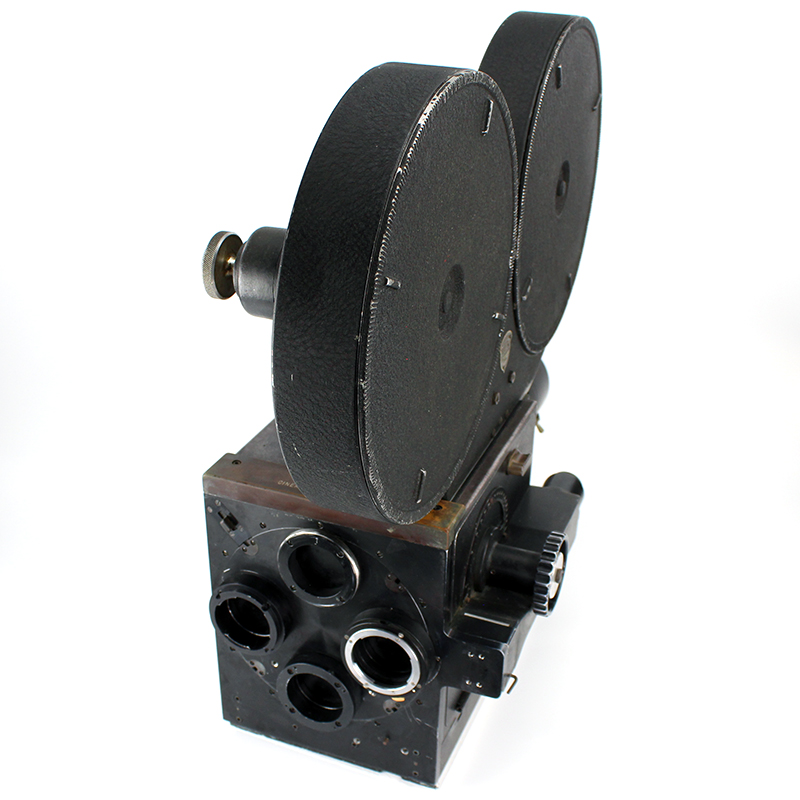 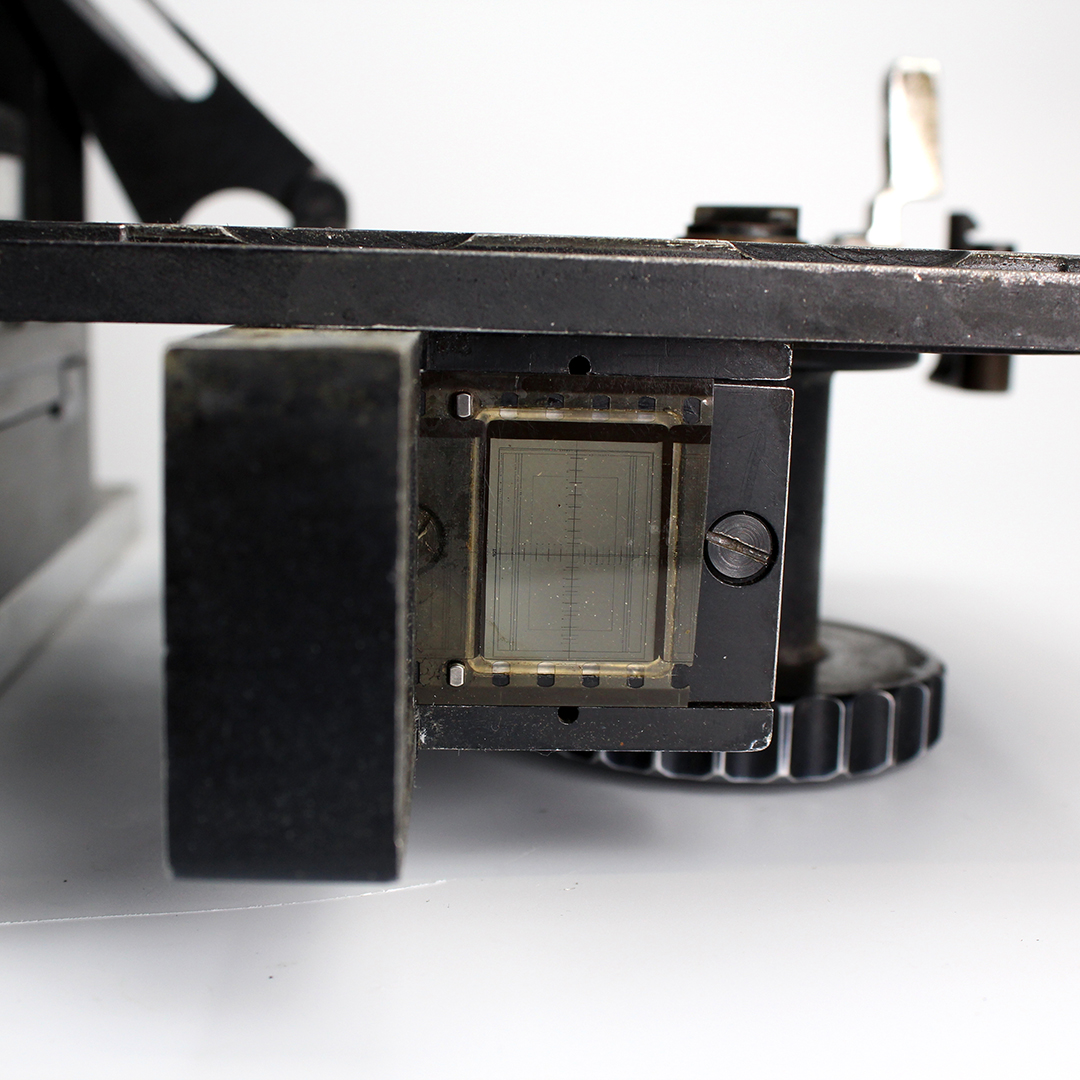