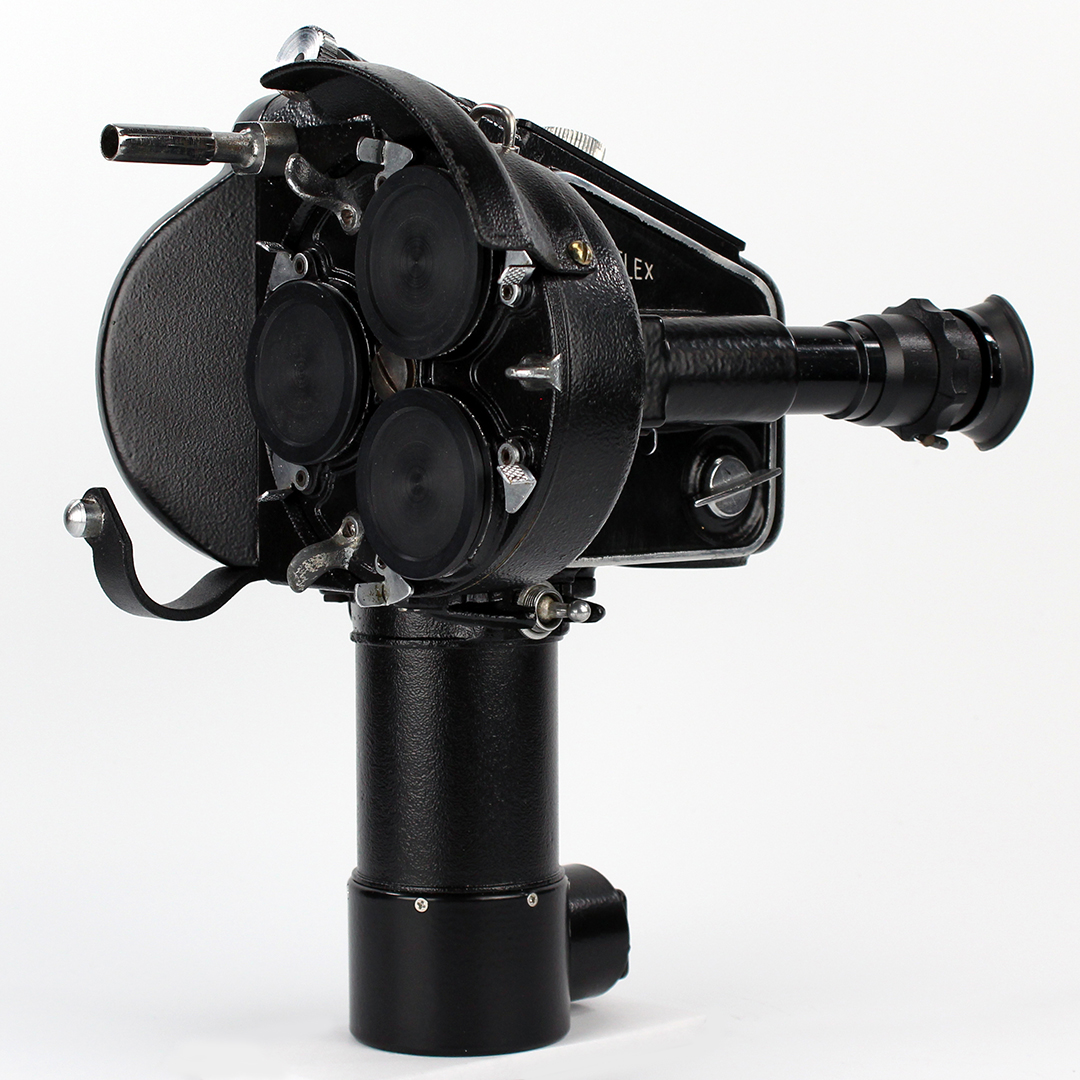 The Arriflex 35 II B was the third major iteration of the revolutionary Arriflex 35 handheld spinning mirror reflex camera, and was introduced in 1960. The II B featured a new transport claw design and a fixed 180-degree shutter. Custom converted for 2-perf pull-down, this Arriflex II B comes with one reversible 400' magazine, an upgraded variable speed motor with controller cable (requires 24V DC), and the motor features a standard 3/8-16 threaded mounting hole at the base for easy tripod mounting. The ground glass is pencil marked for the correct Techniscope format. The mirrored shutter has not been re-coated, but is in good used condition. The 3-lens turret accepts Arriflex Standard mount spherical lenses. The Techniscope format is ideal for small to medium budget feature films that want the wide screen look, as the 2-perf format uses half as much raw film stock. 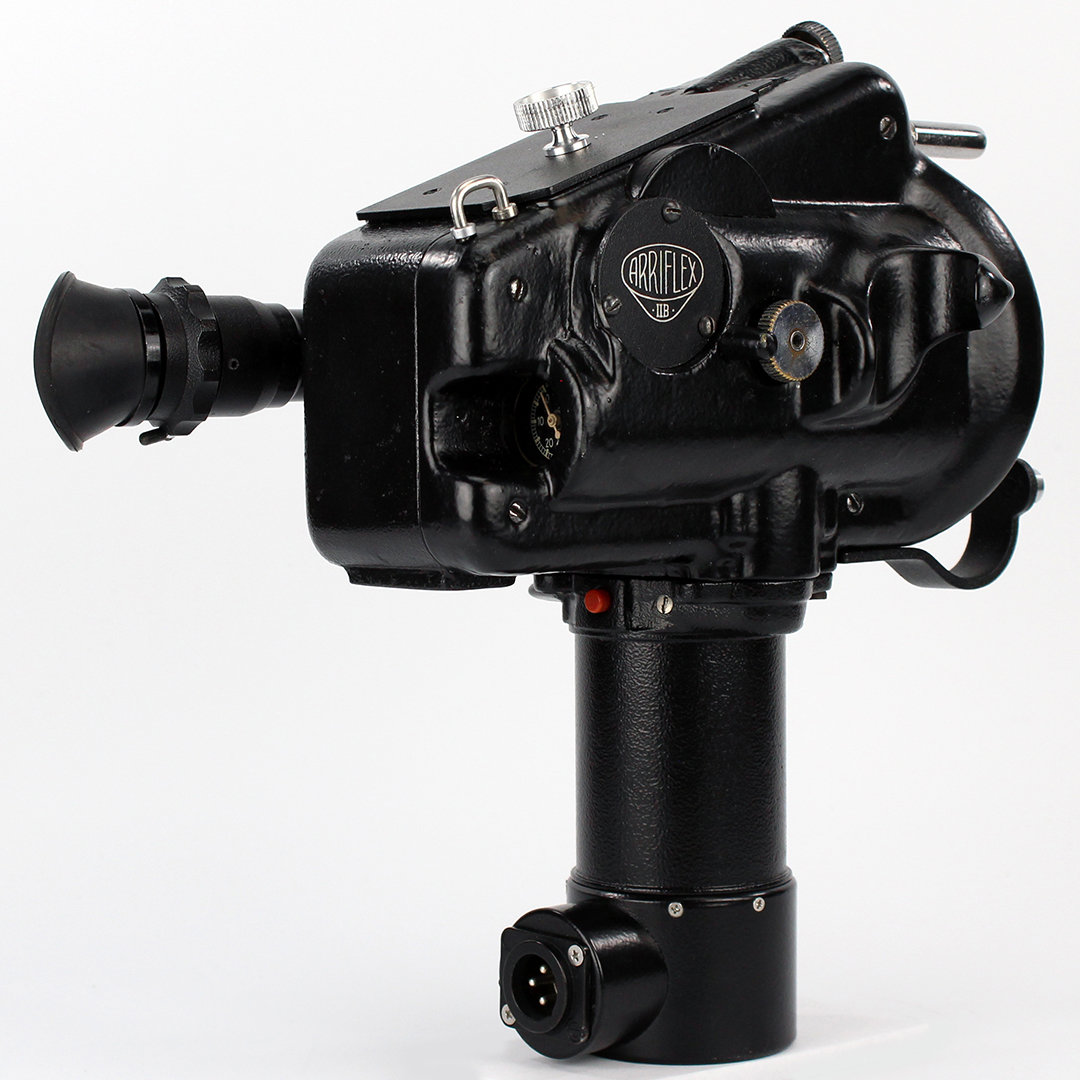 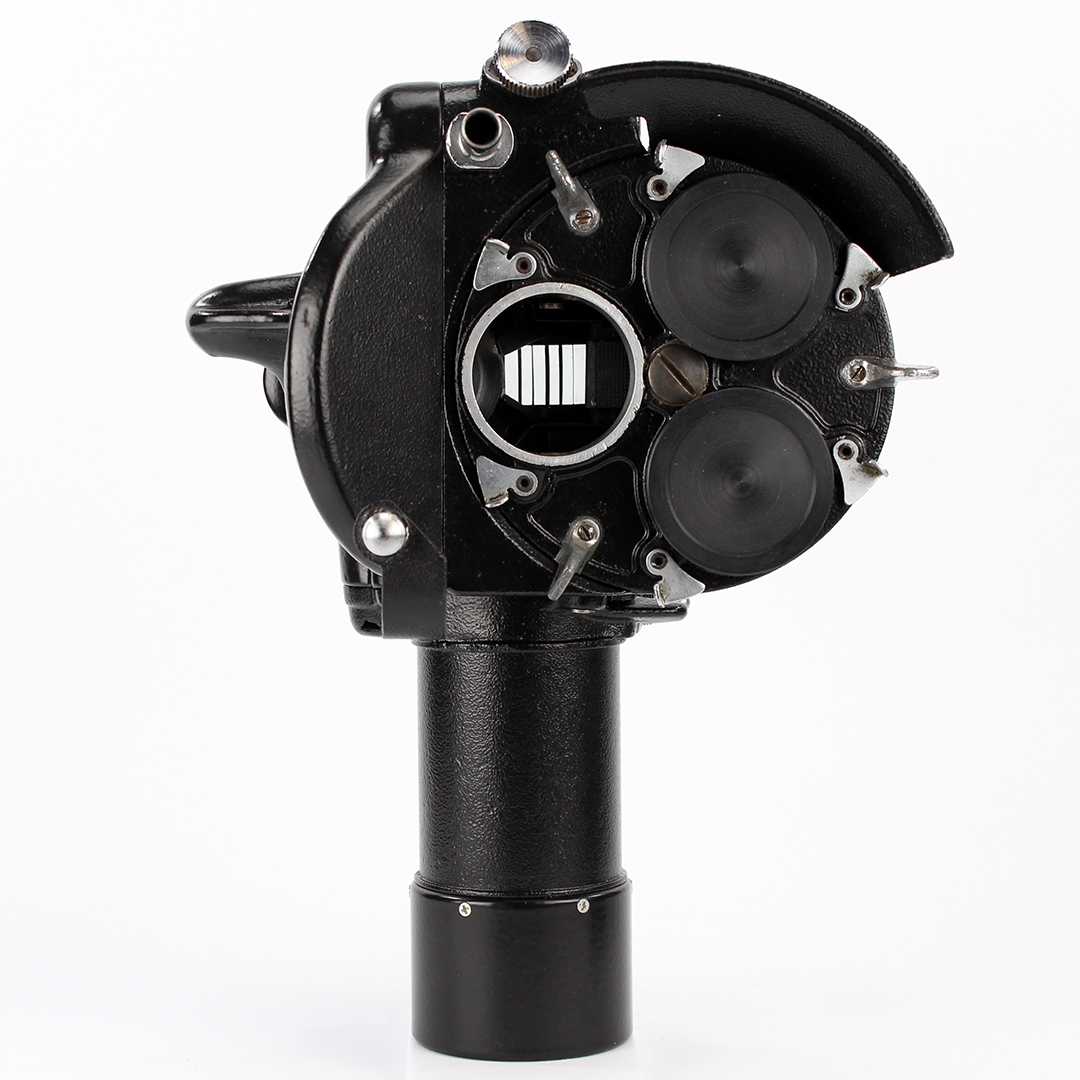 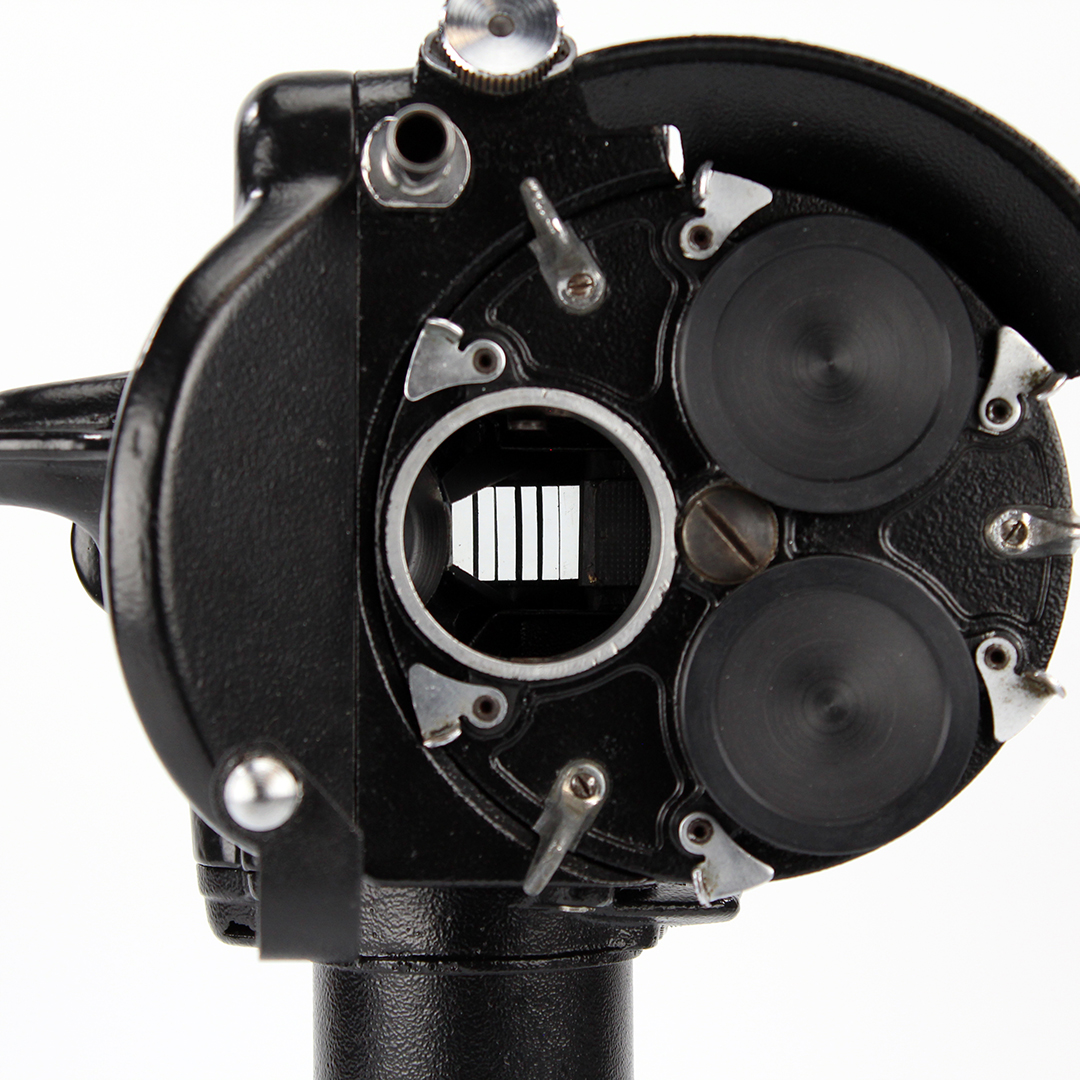 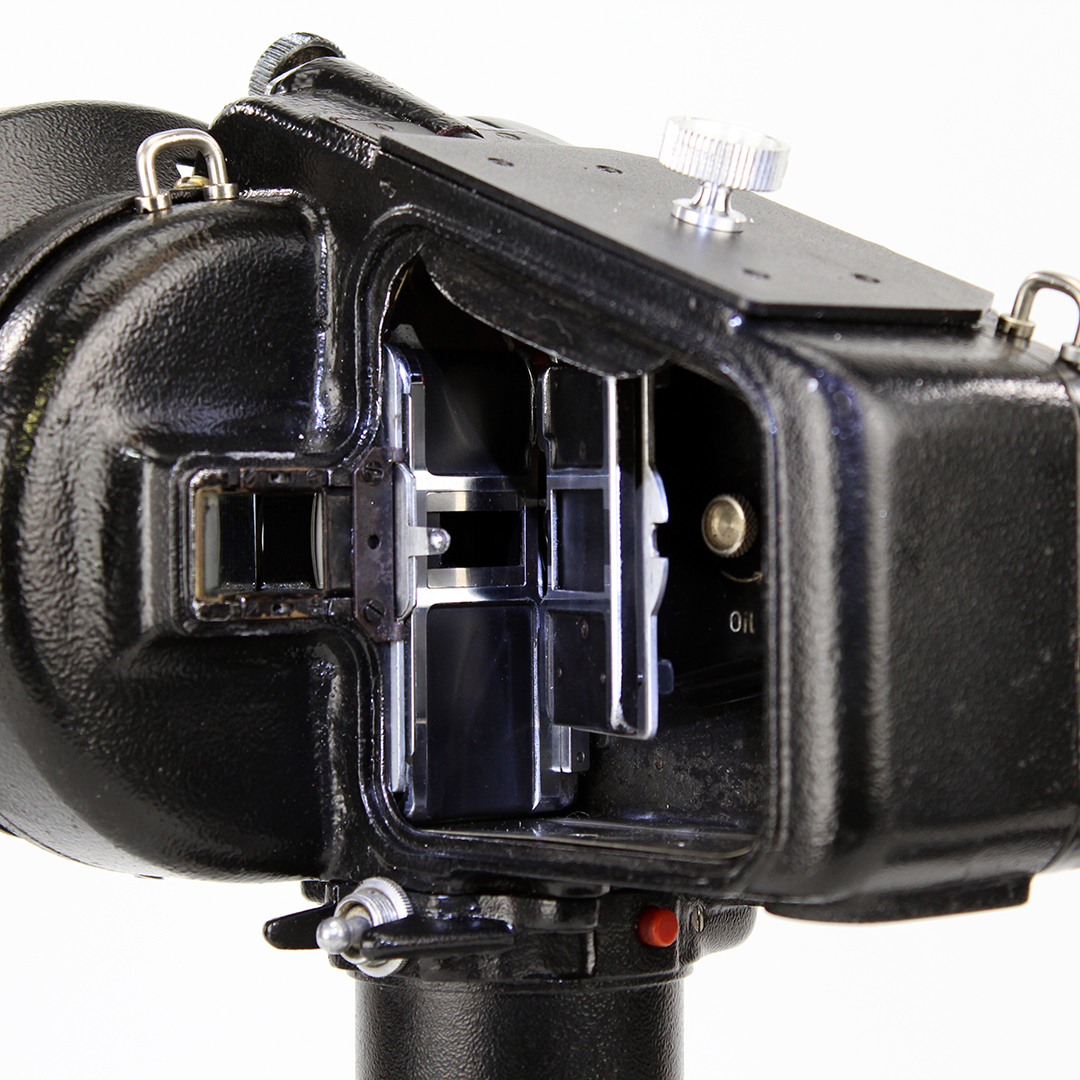 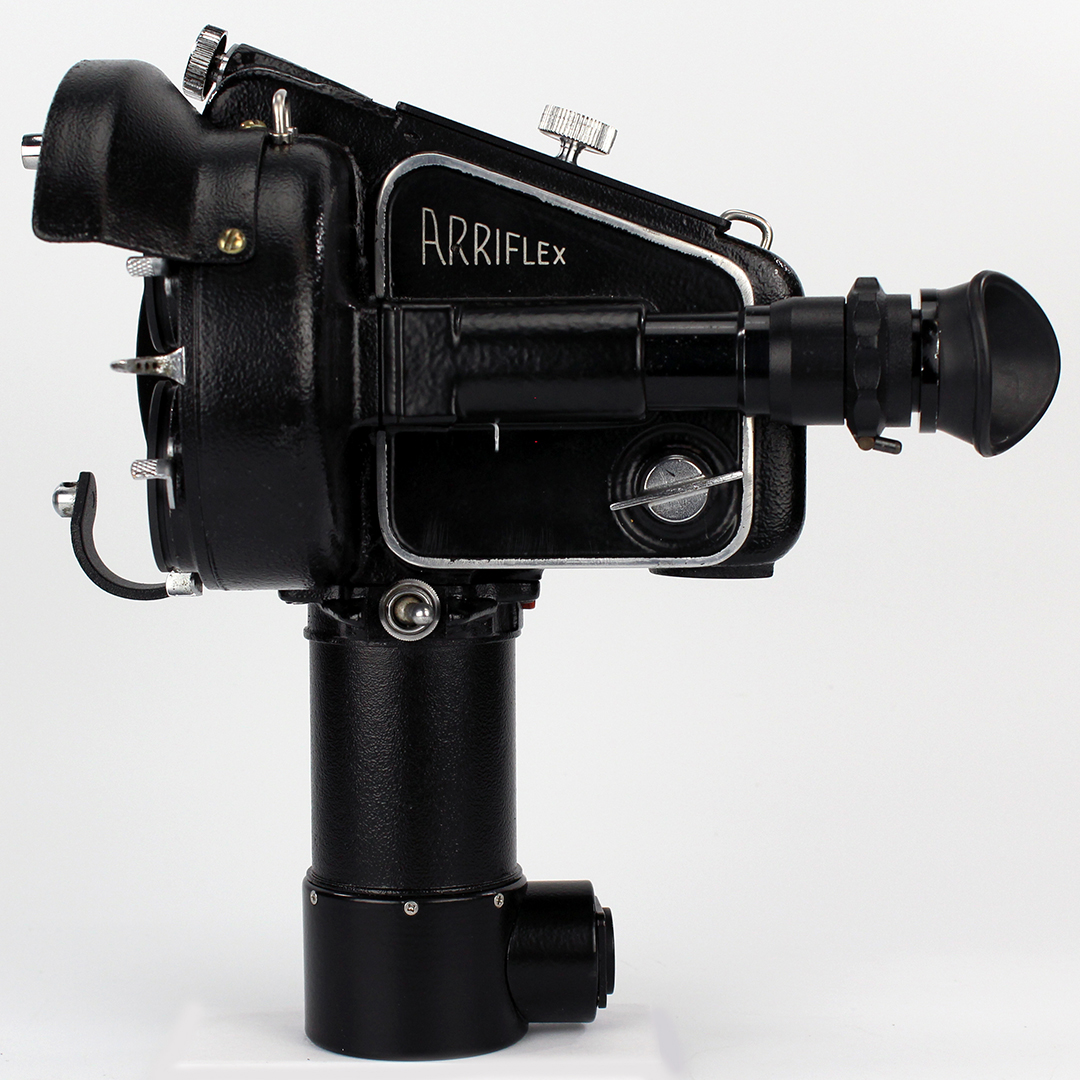 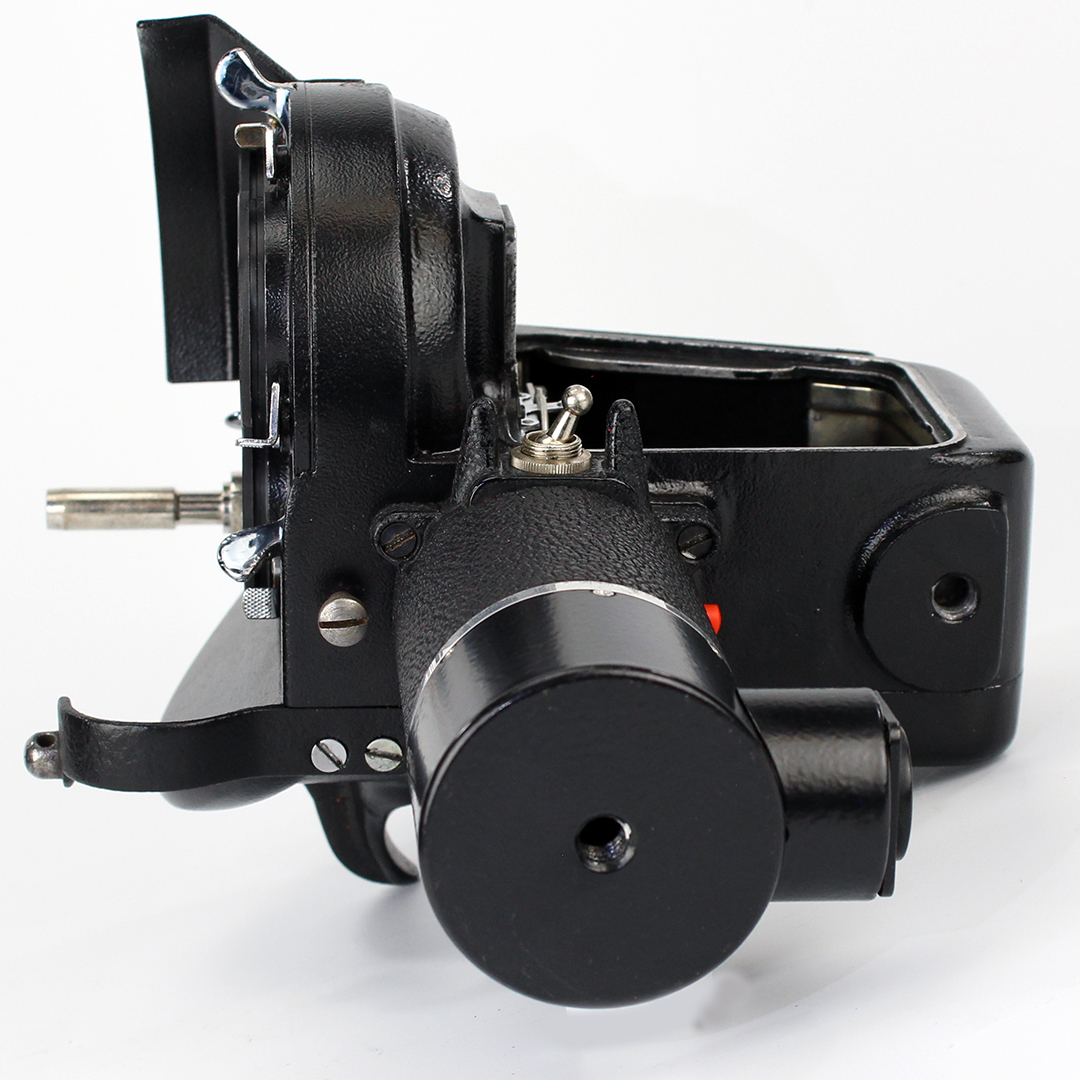 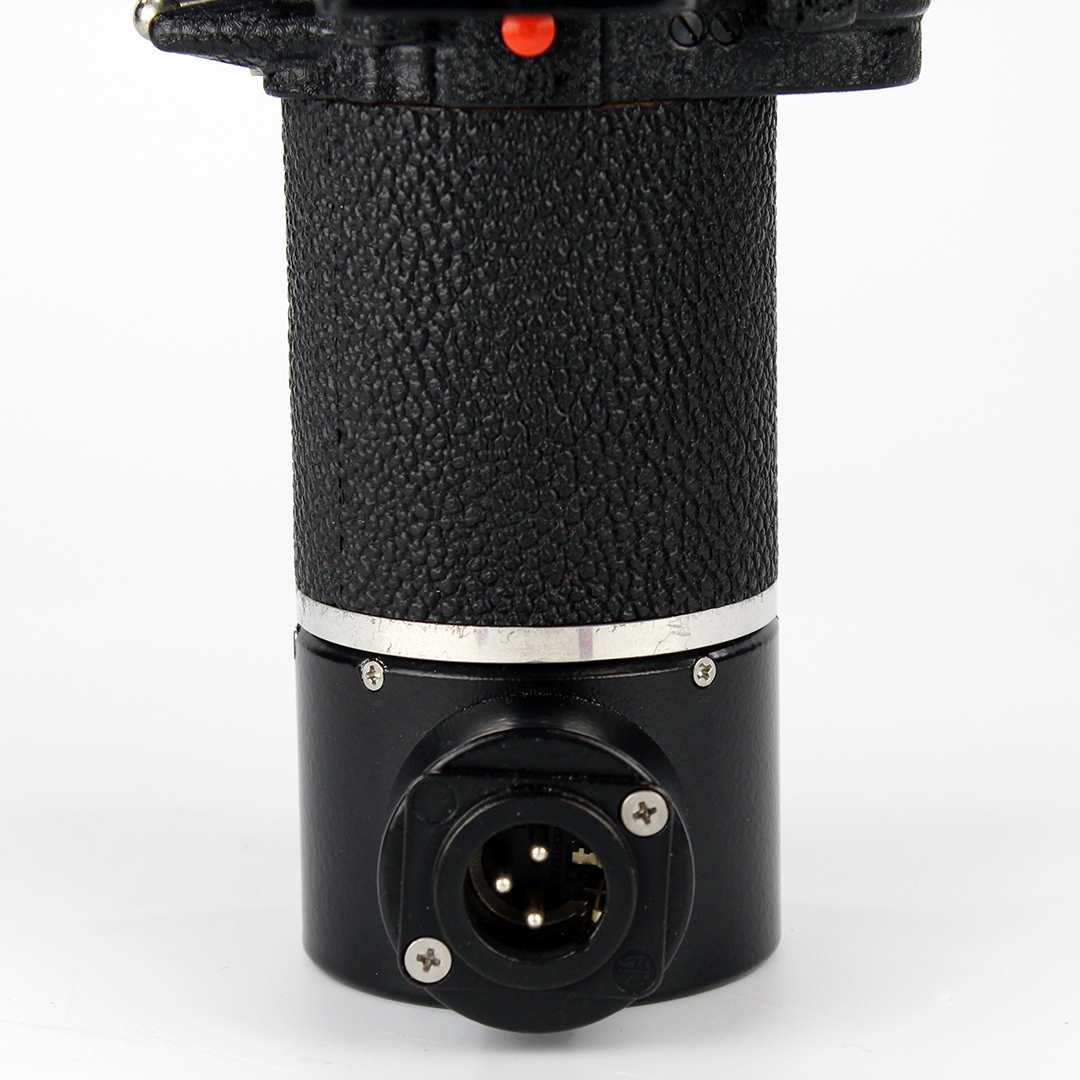 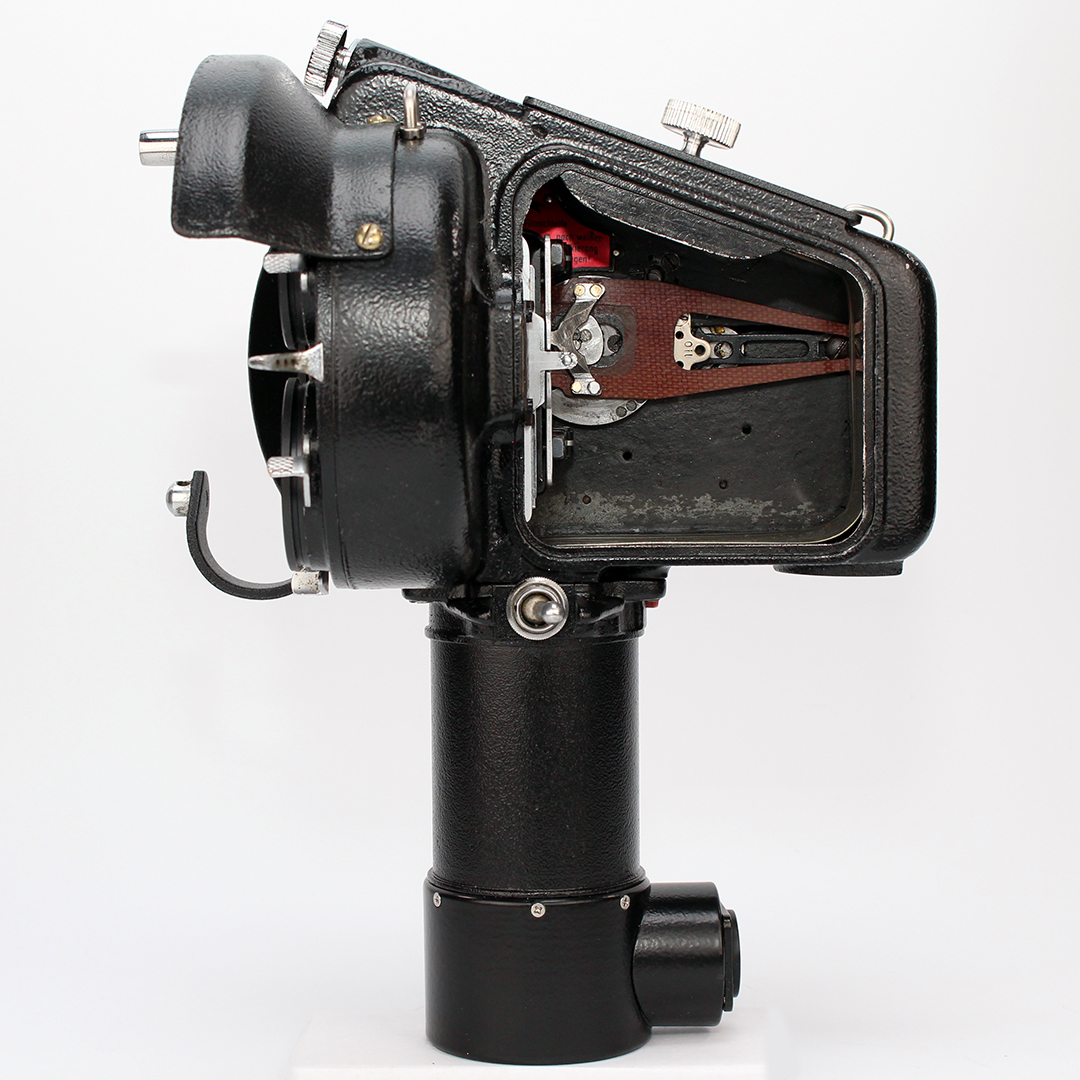 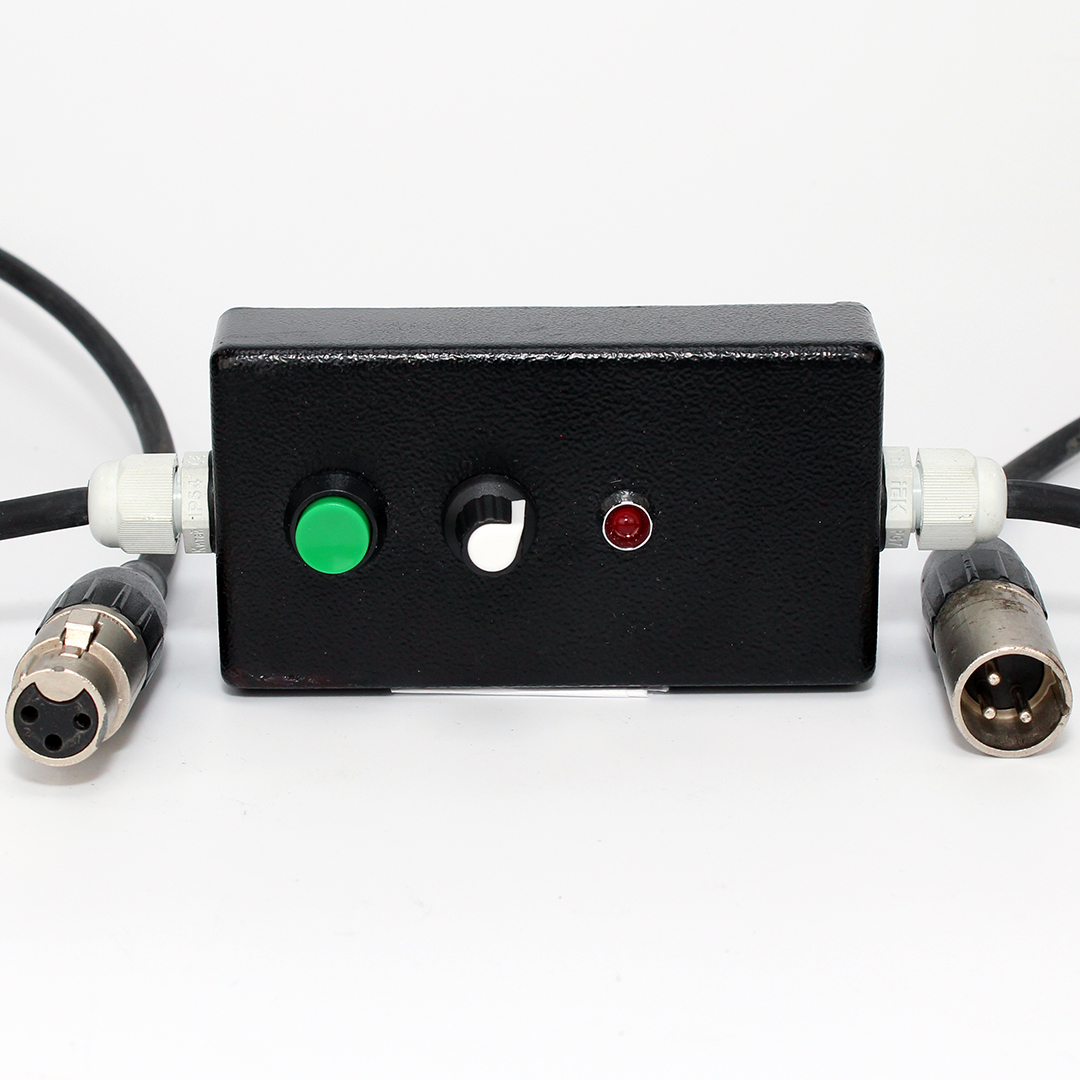 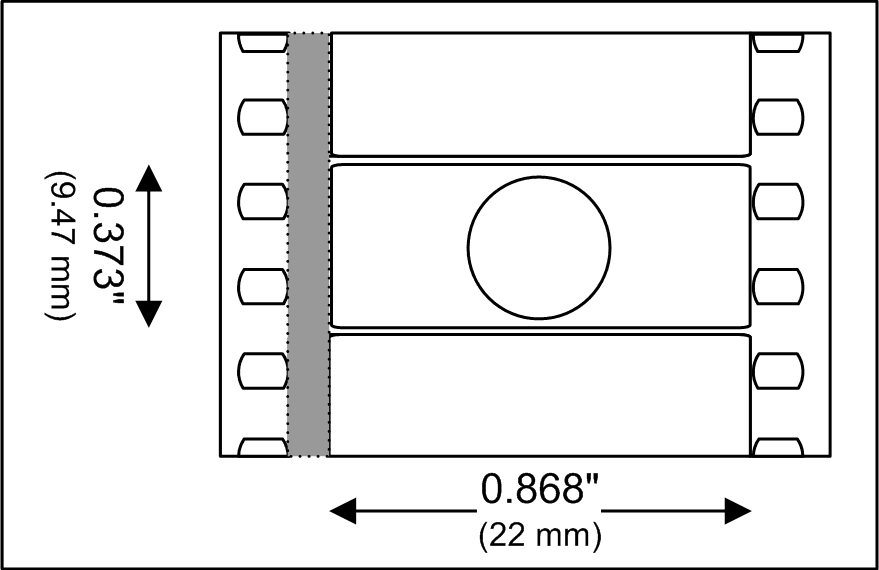