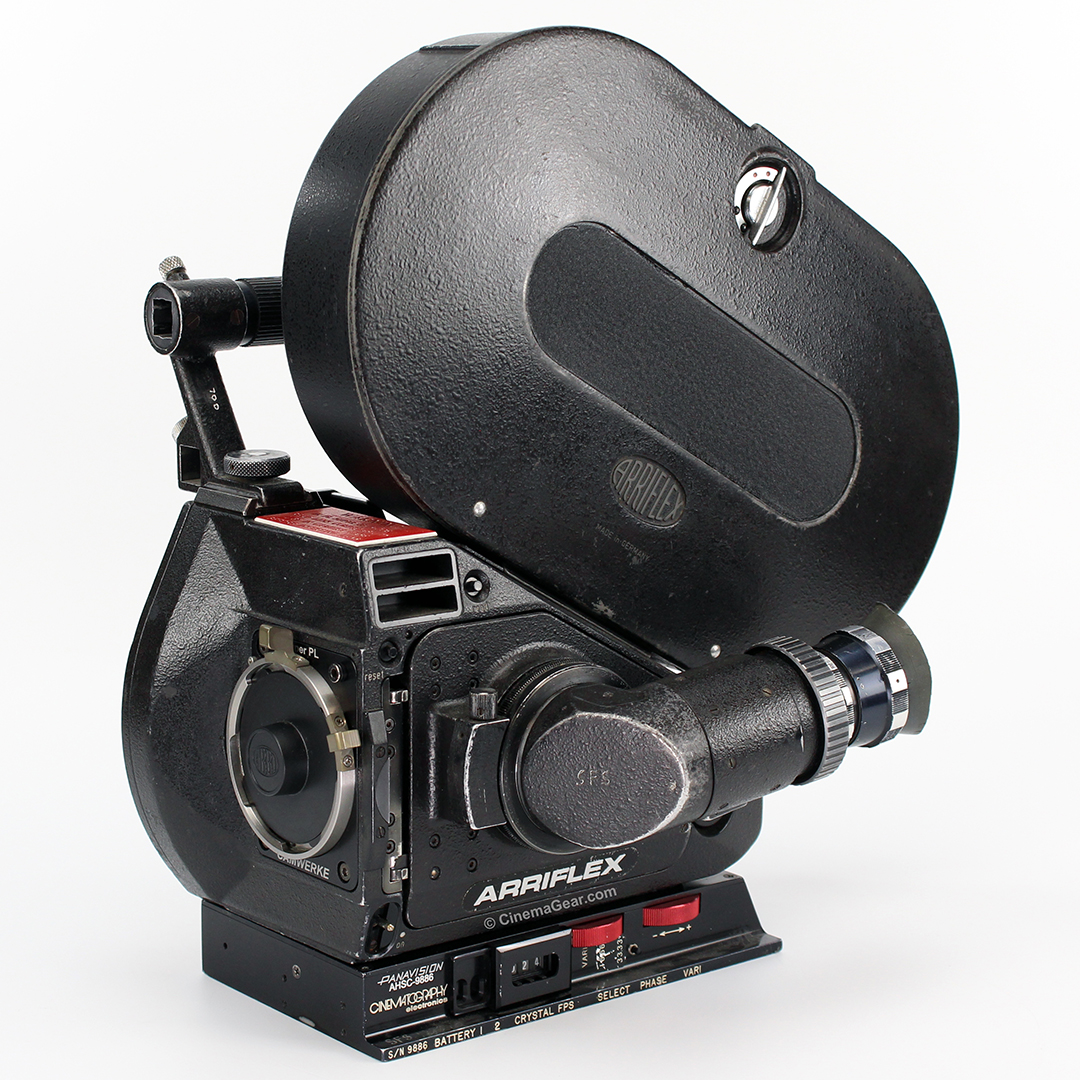 In 1979, ARRI introduced the Arriflex 35 III camera, a successor to the ever-popular 35 II C. The Arriflex 35 III is a spinning mirror reflex camera that features single pin registration, a variable shutter (adjustable from 15 degrees to 135 degrees), interchangeable doors, and an interchangeable ground glasses. This particular camera features a Super 35 gate, a PL lens mount, and a Cinematography Electronics crystal controlled flat base. It is in very good used condition and has been serviced. The Arriflex 35 III is the perfect 2nd unit MOS camera, as it features all of the ruggedness of the ARRI II C, but with a crystal-controlled motor and a brighter orientable viewfinder. The Cinematography Electronics flat base allows for infinitely variable frame rates and crystal speed from 4 to 50 fps at 12 V DC, and up to 130 fps at 24V DC. This camera was retired from the rental inventory of Panavision Europe. 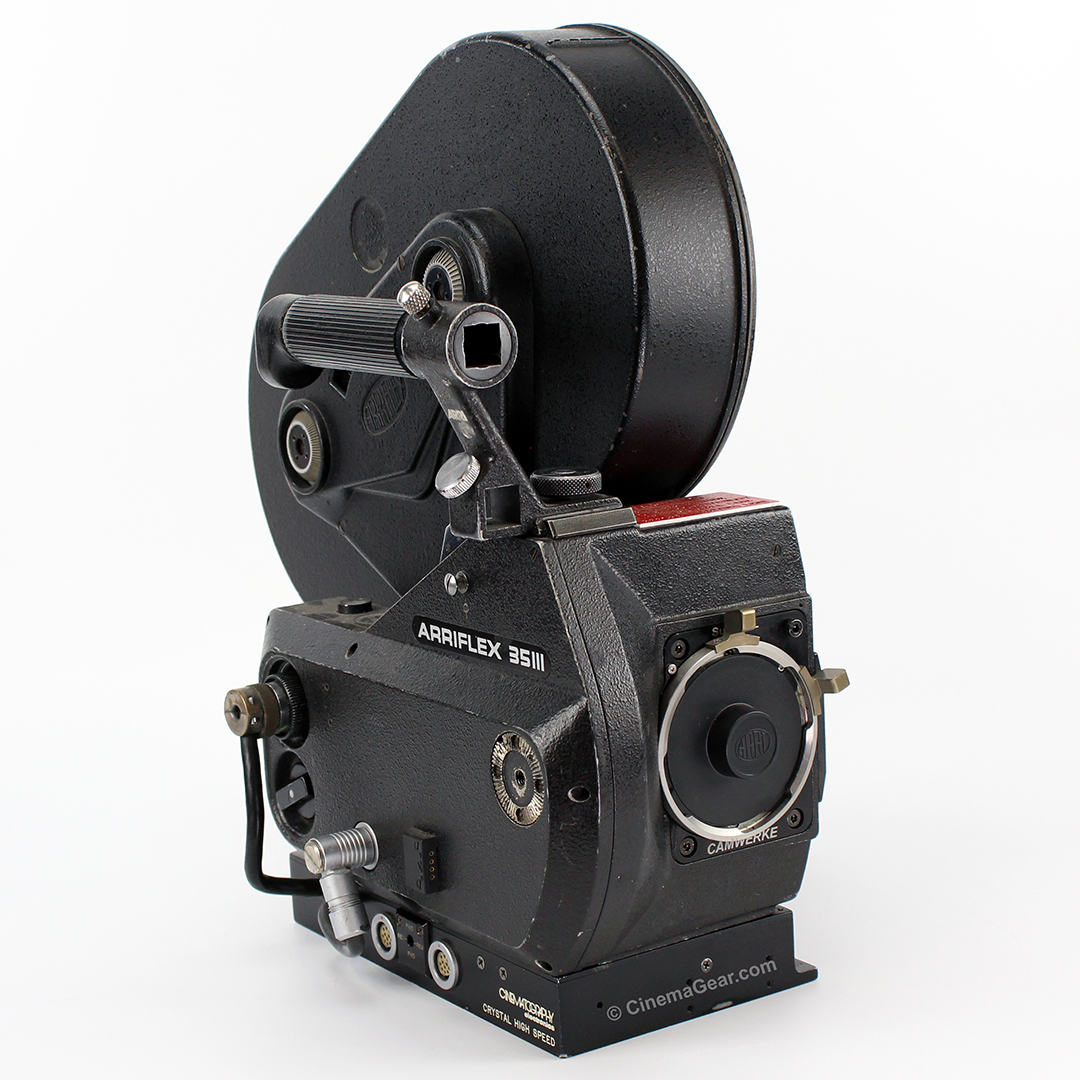 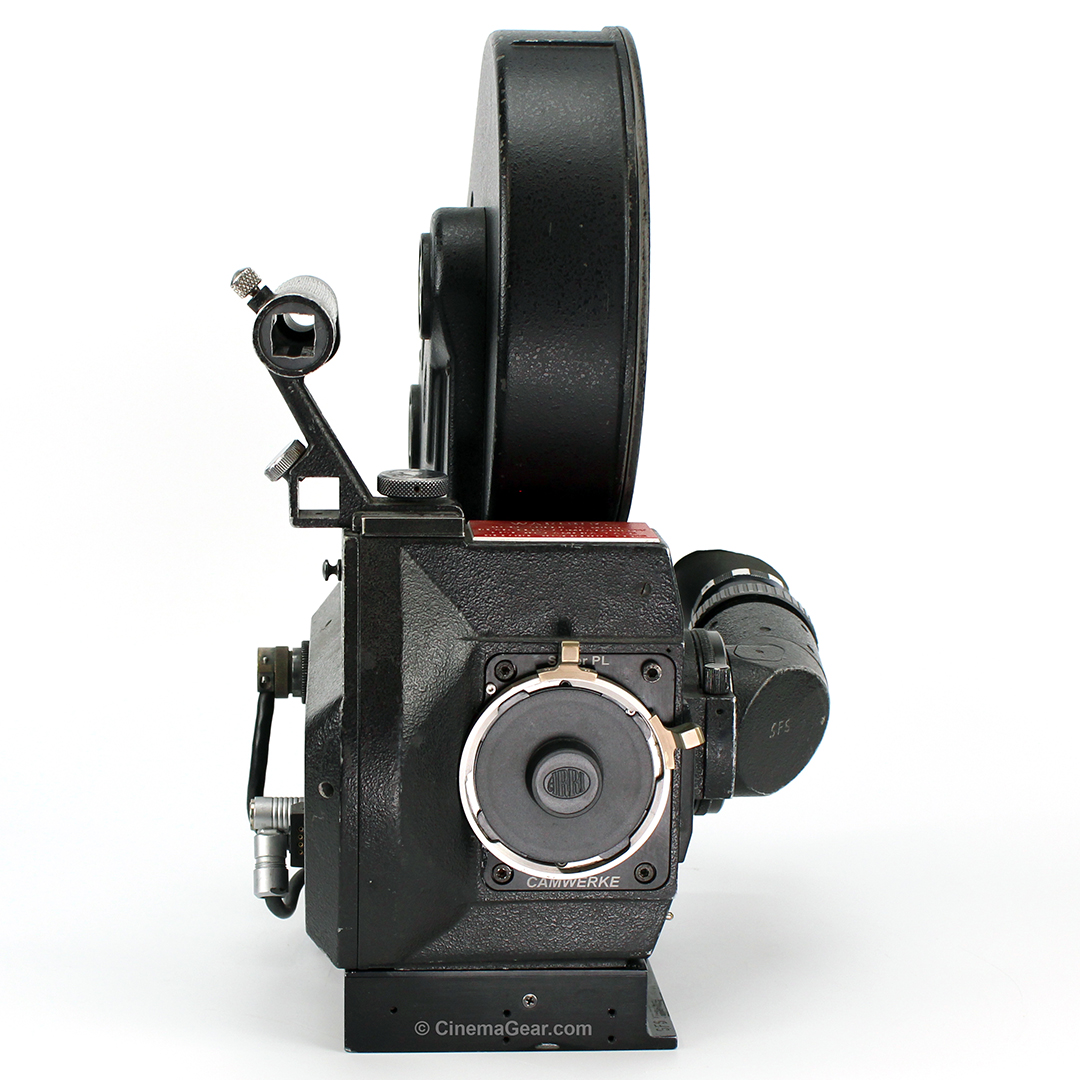 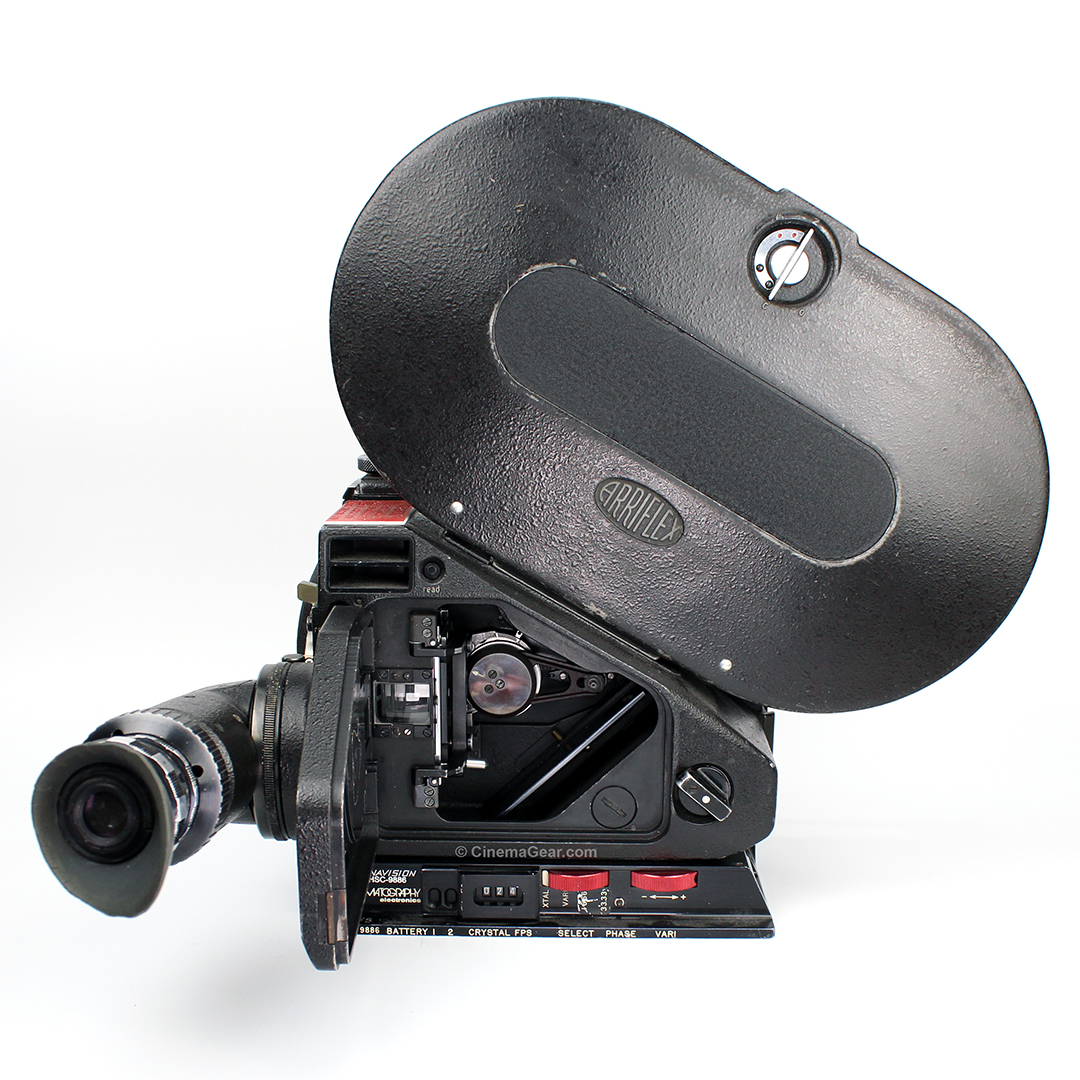