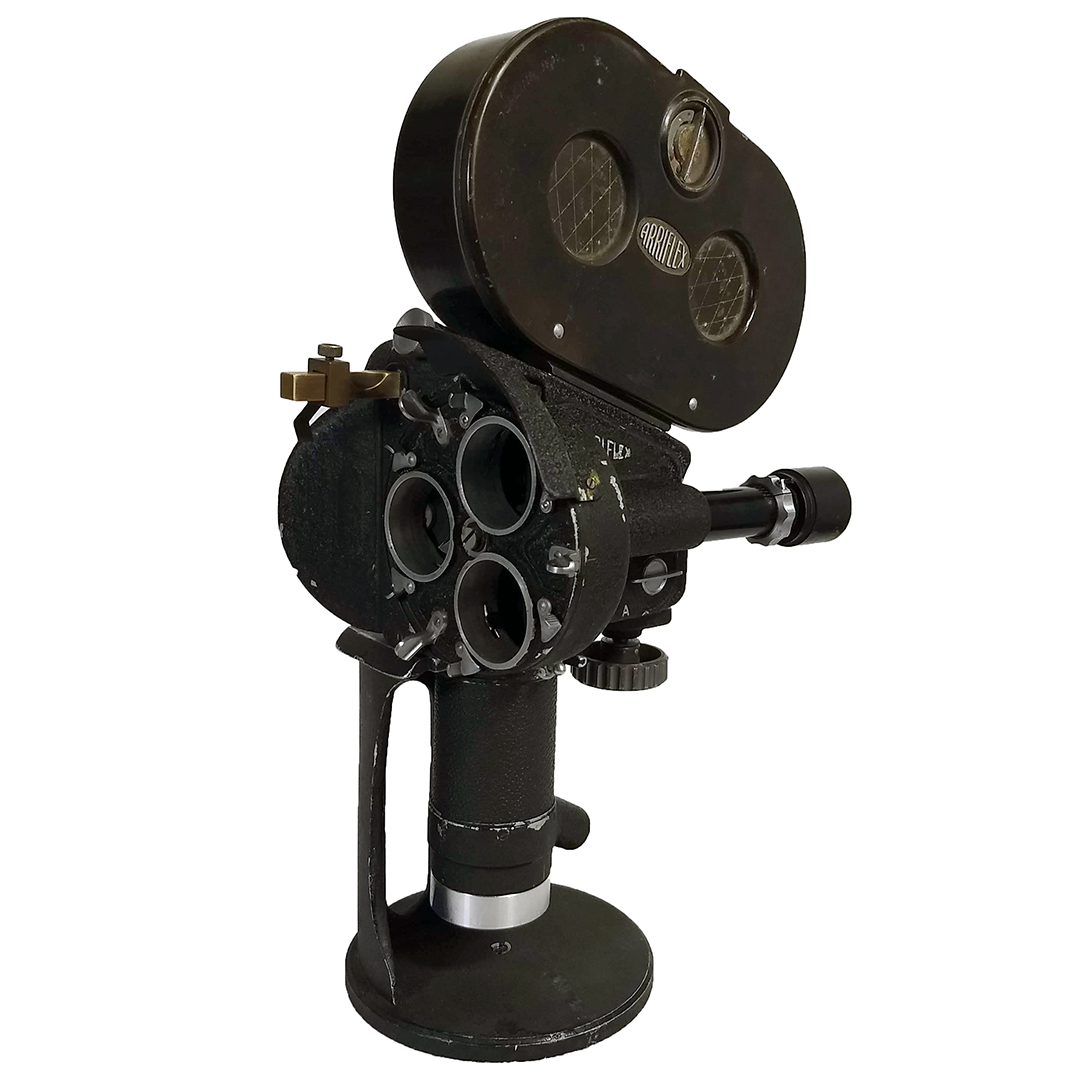 Introduced in 1937, the Arriflex 35 was unique for its time. This 35mm handheld motion picture camera featured a revolutionary spinning mirrored shutter and a parallax-free erect image viewfinder. The Arri 35 is a World War II vintage camera that was used originally by the German military during the war. Some early examples of this camera were captured by American troops and brought back to the US. After the war, in 1946, Arri introduced the next generation of this camera, the Arriflex 35 II. You can tell that this camera is an original Arri 35 by looking at the pull-down mechanism, the phenolic aperture plate, the turret, and the matte box support system. This example, serial #1166, has been serviced and is in good working condition. With special thanks to Jan Heugel at Arriflex in Munich, we have learned that our Arriflex 35 was originally sold to the Hungarian Ministry of Defense in November 1942. We are both interested, and a little terrified, to learn more of its history. 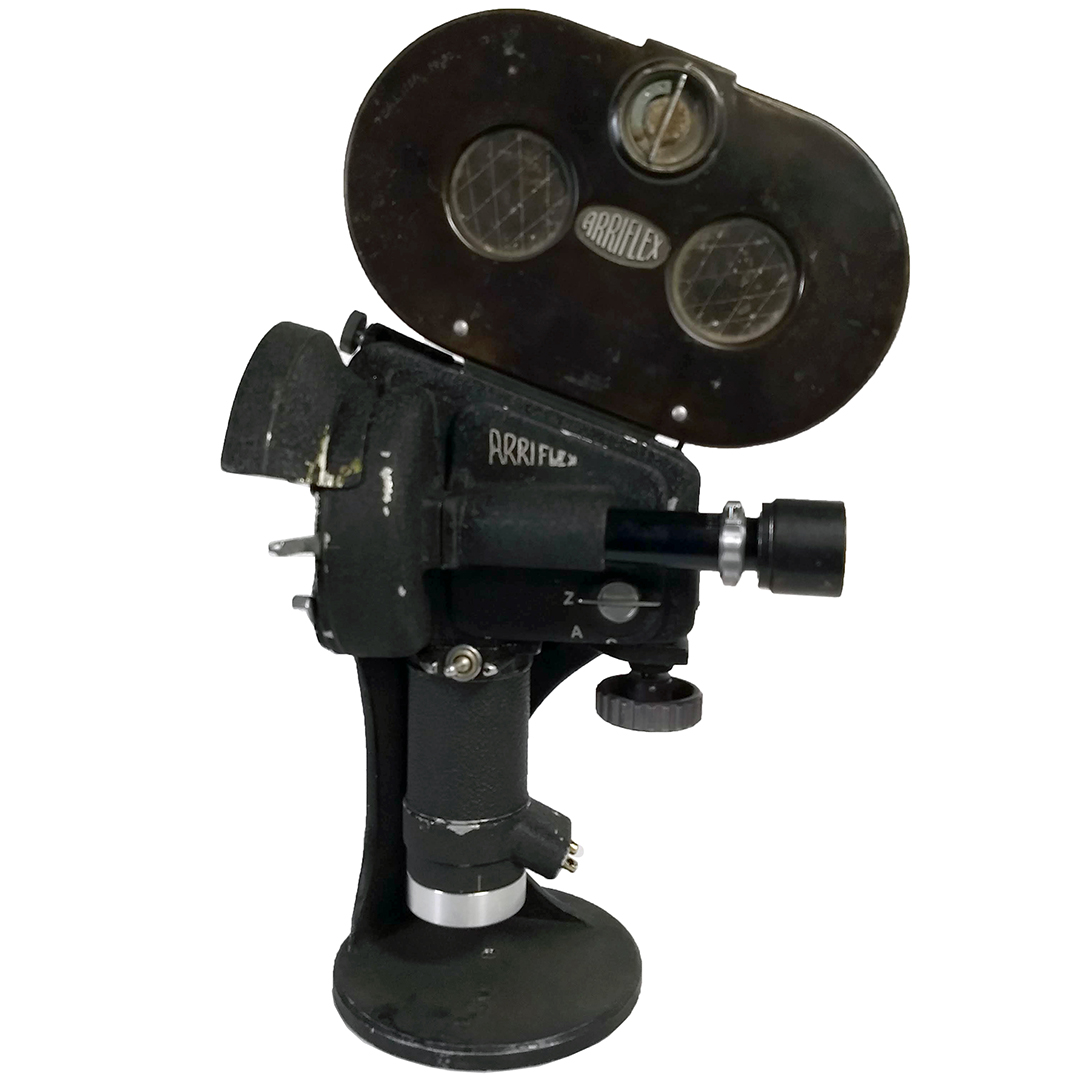 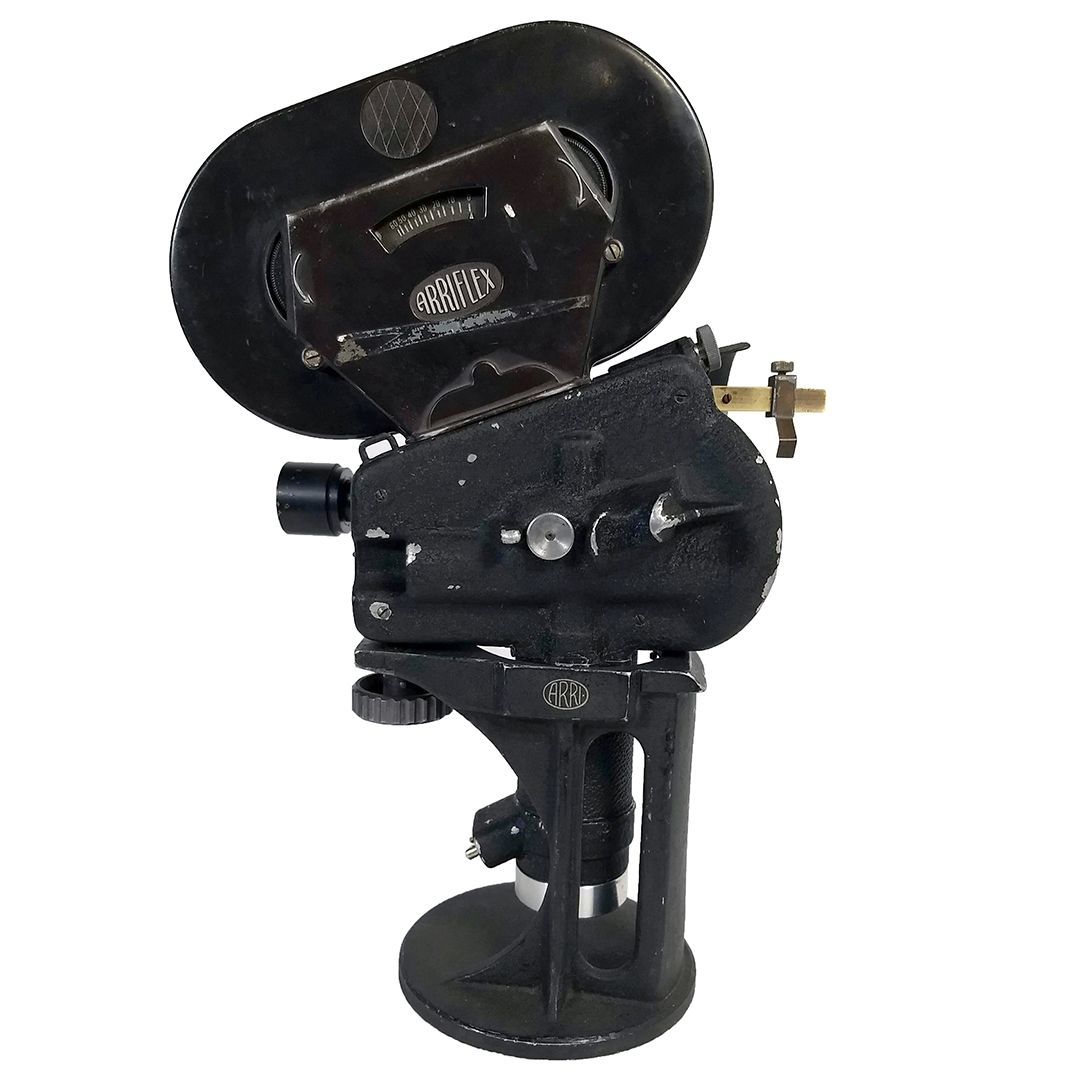 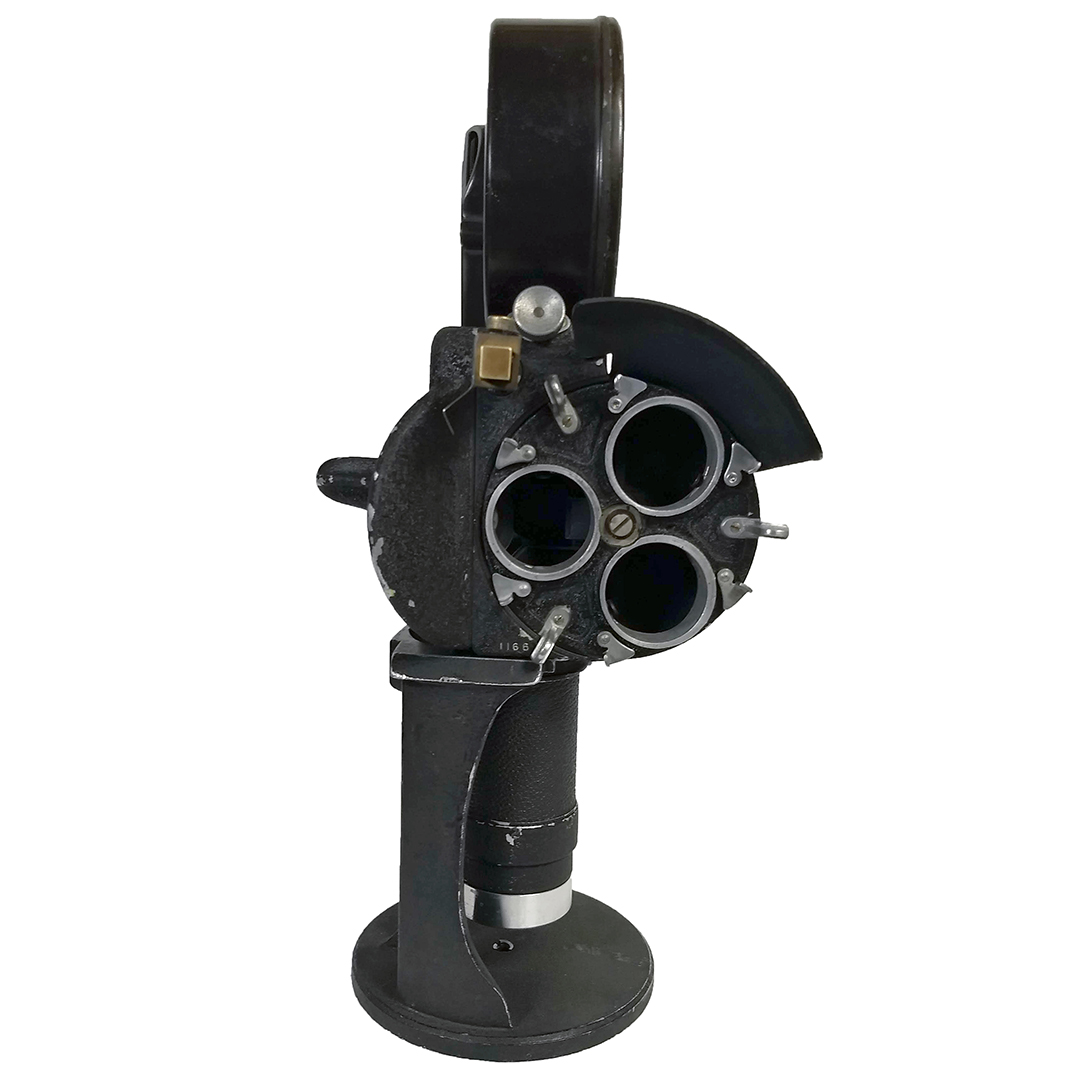 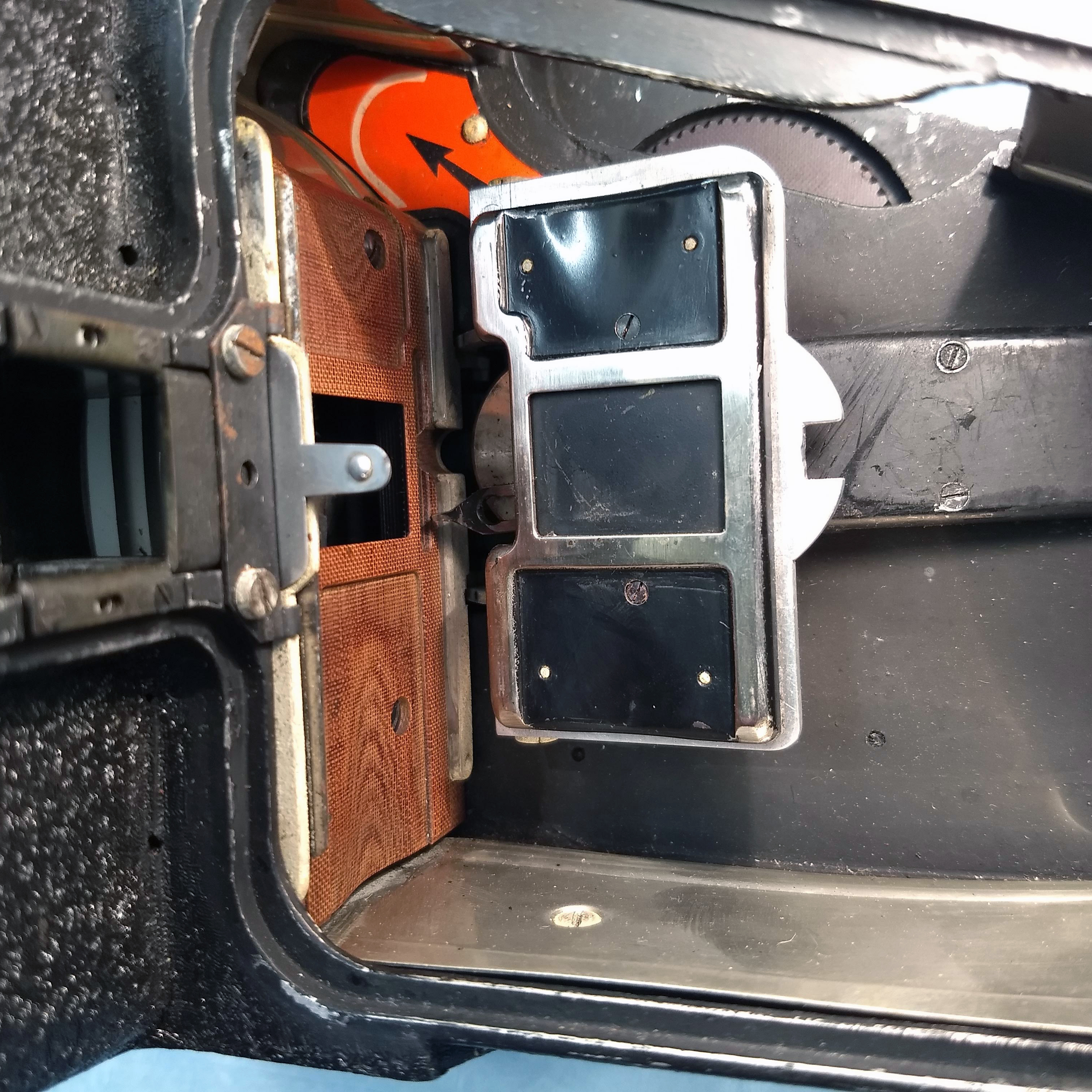 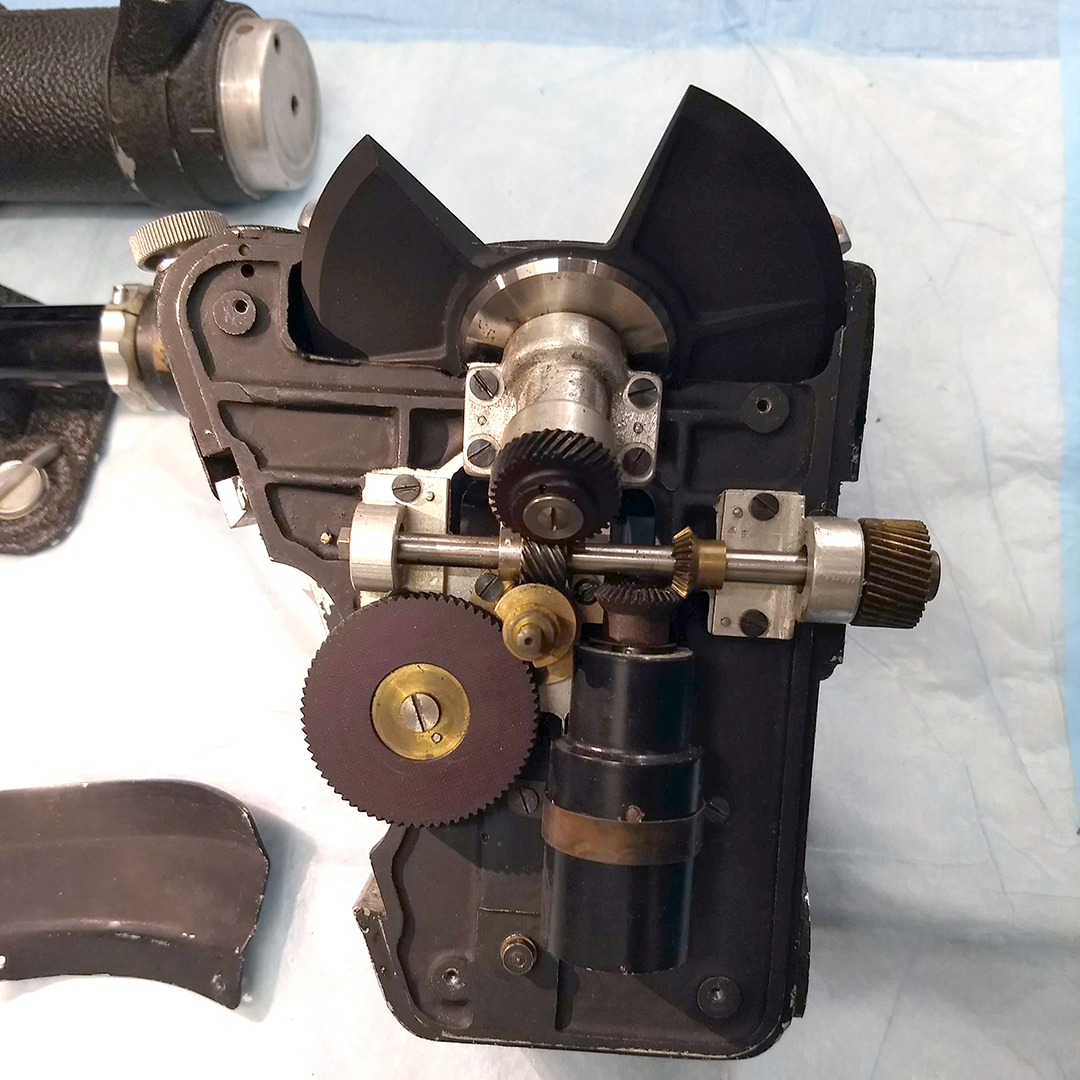 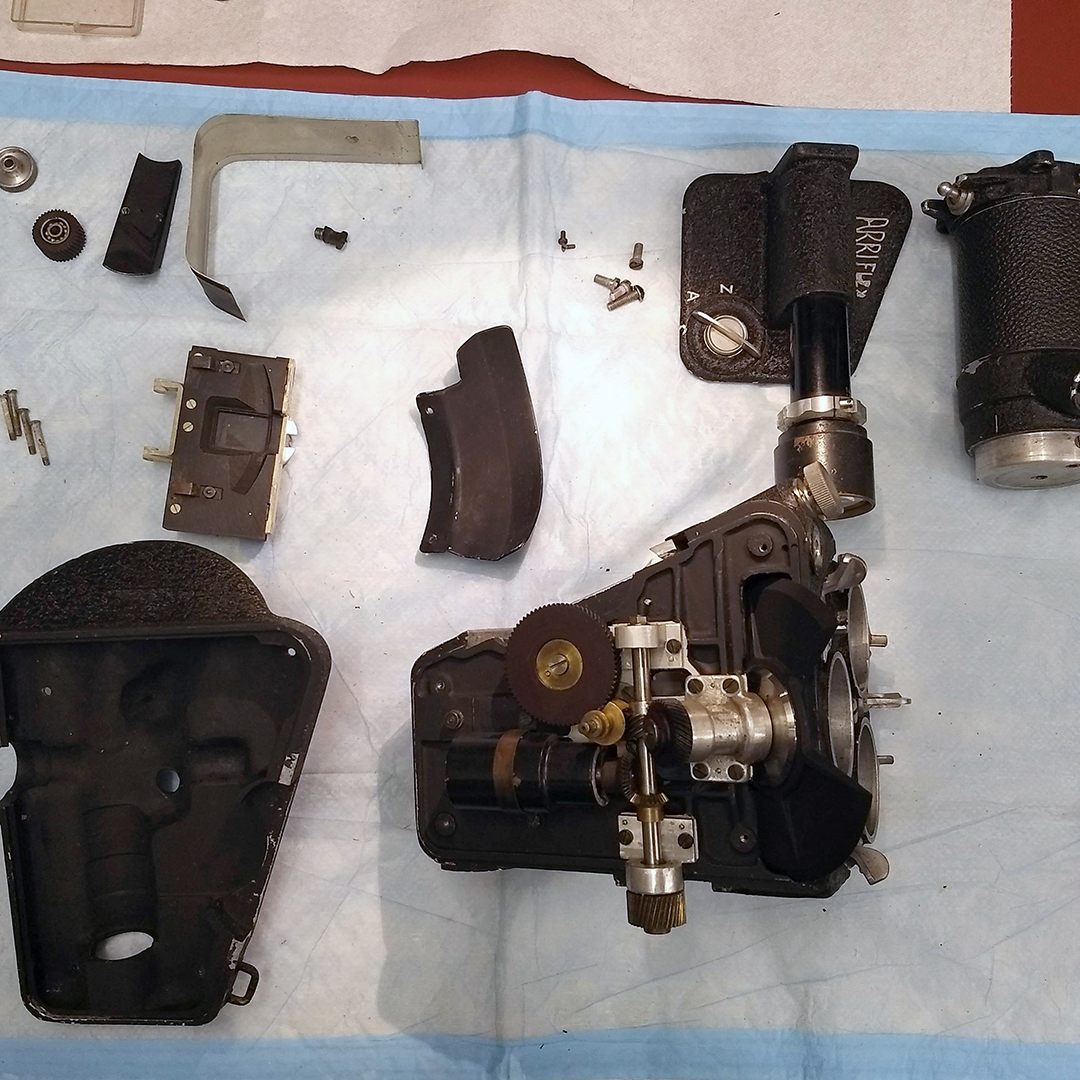