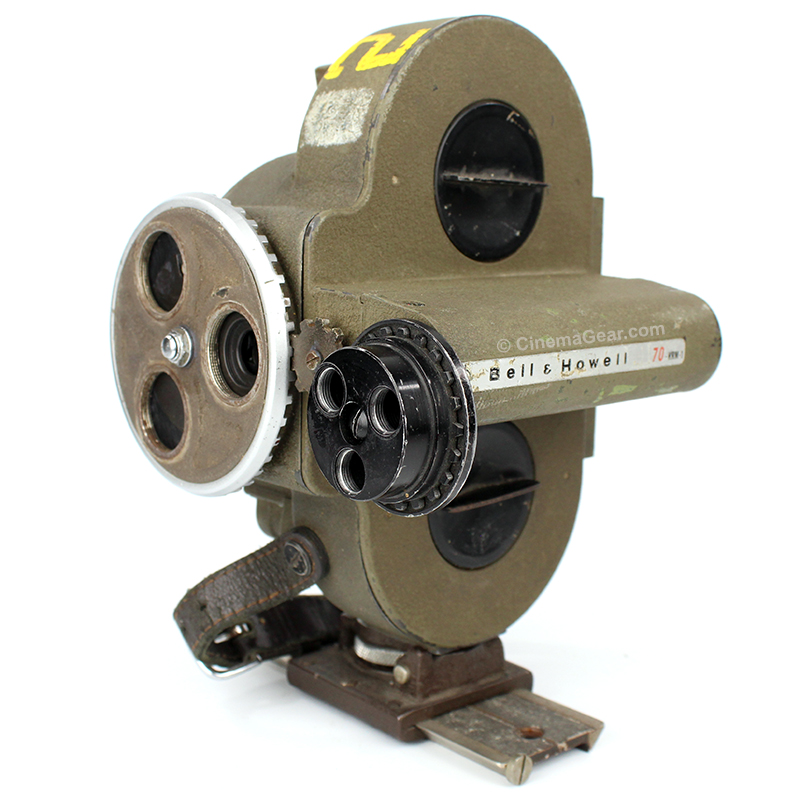 The Bell & Howell Filmo 16mm Automatic Cine Camera was introduced to the market in 1923, and was the first spring motor driven 16mm camera available. It was an immediate hit, and was produced in numerous variations through the 1970’s. This Filmo camera features a 3-lens turret and includes a wind-up key. 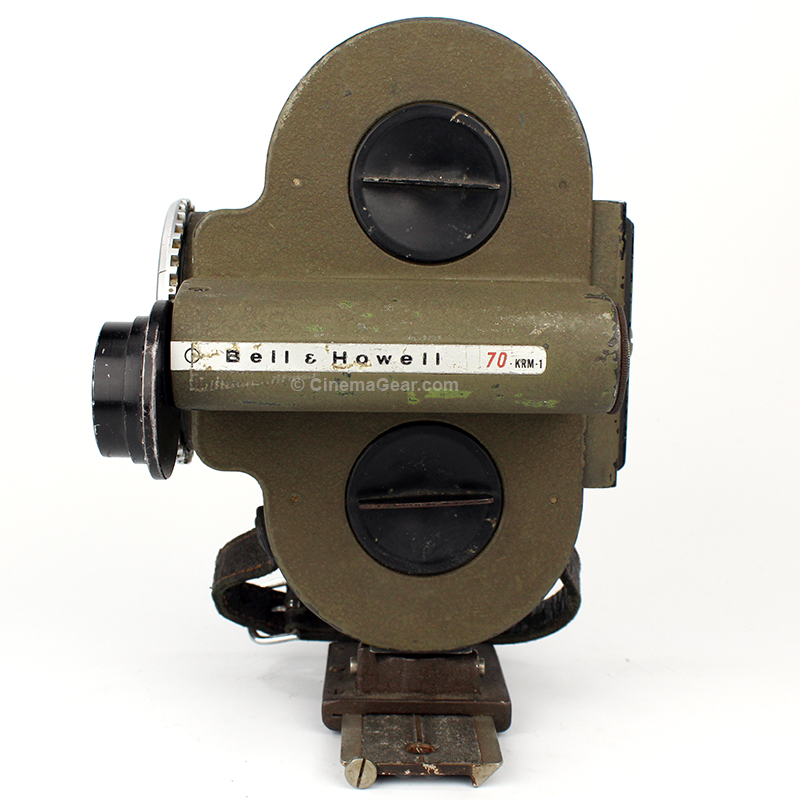 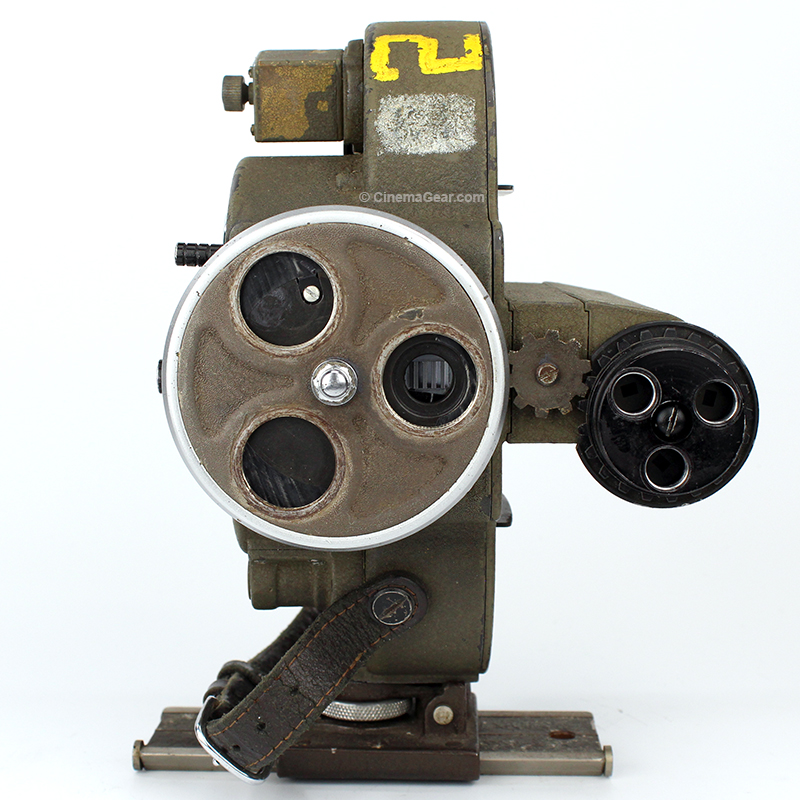 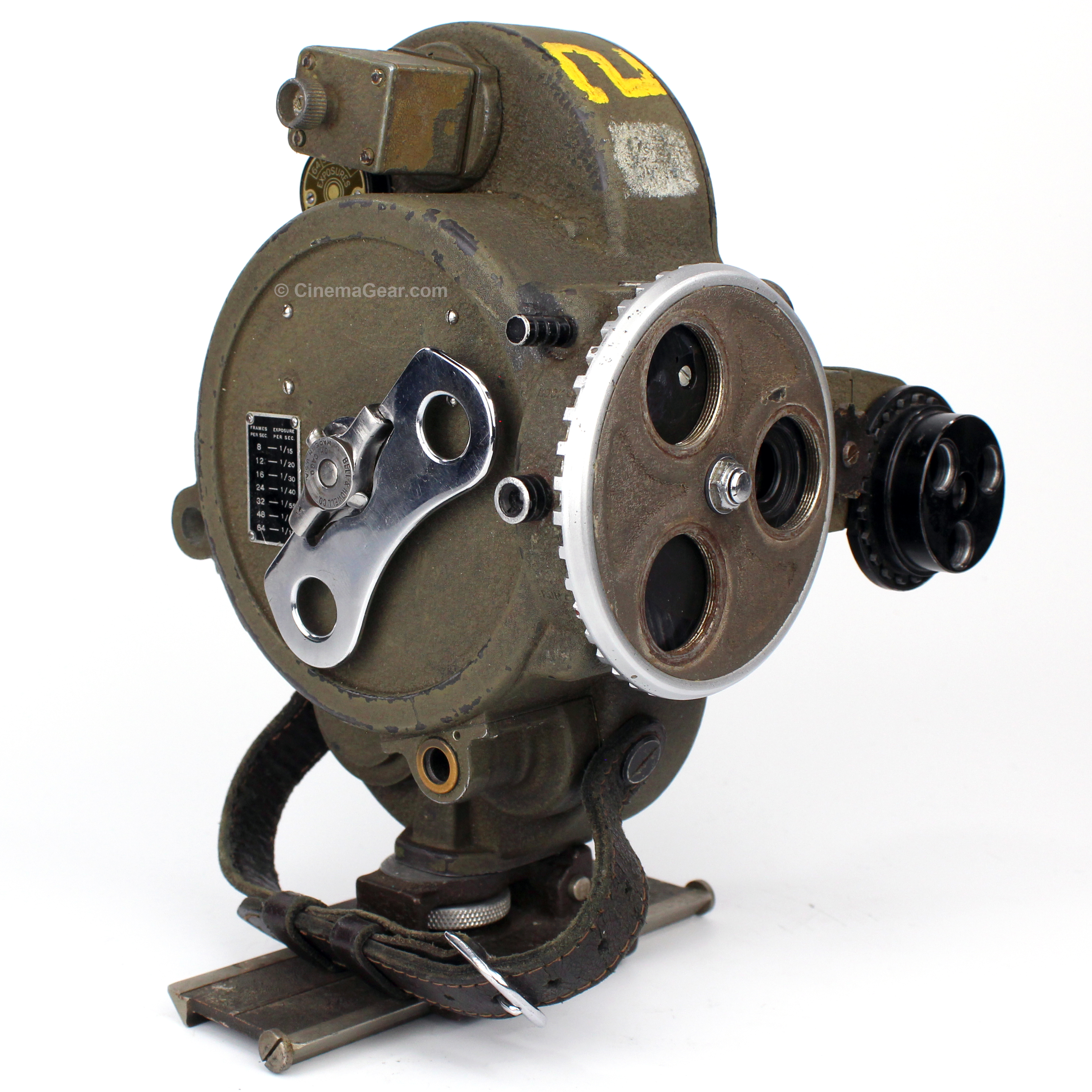 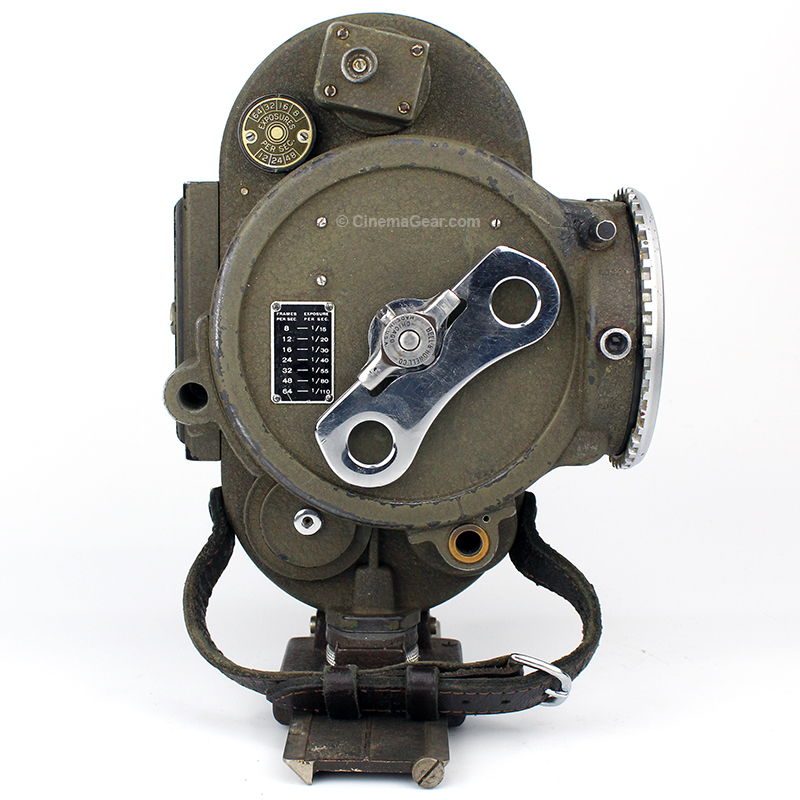 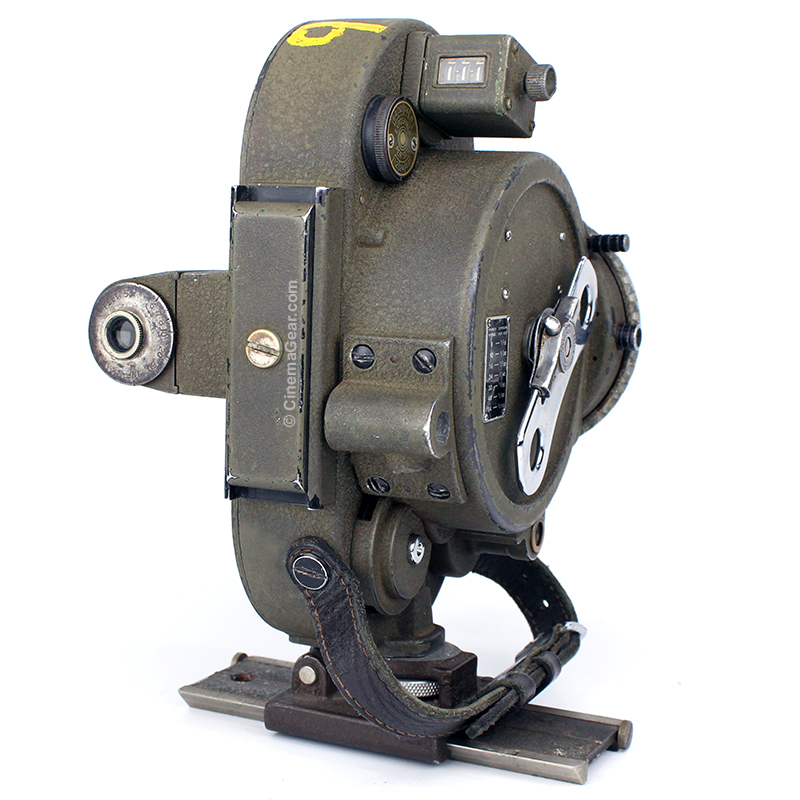 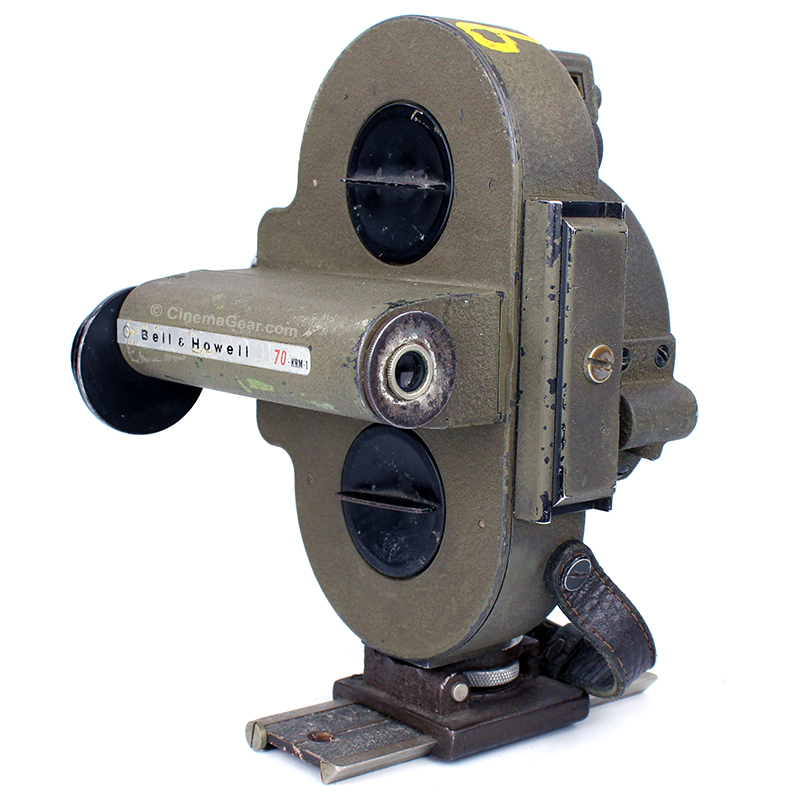 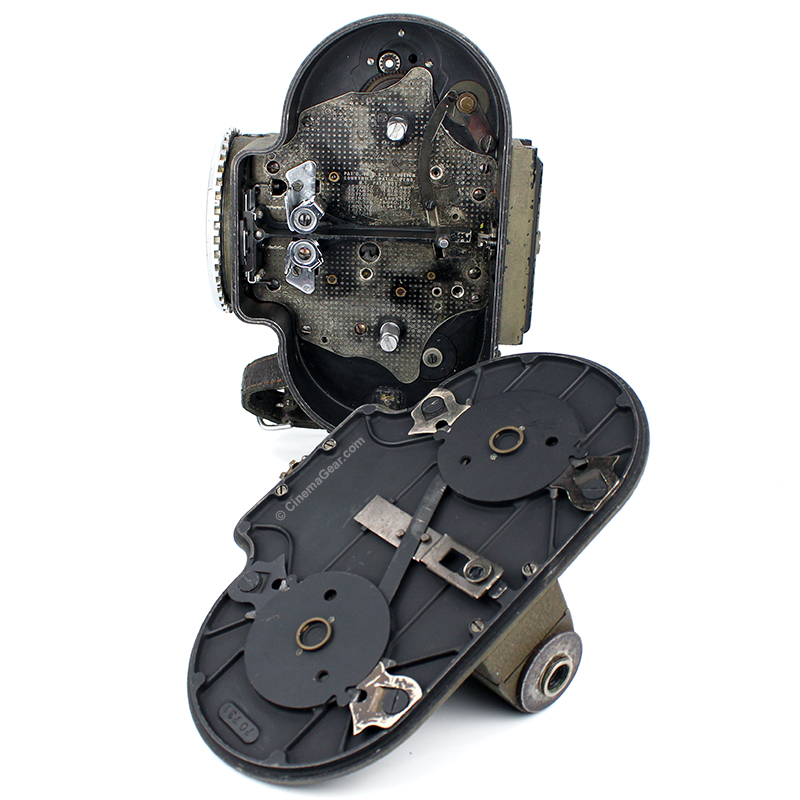