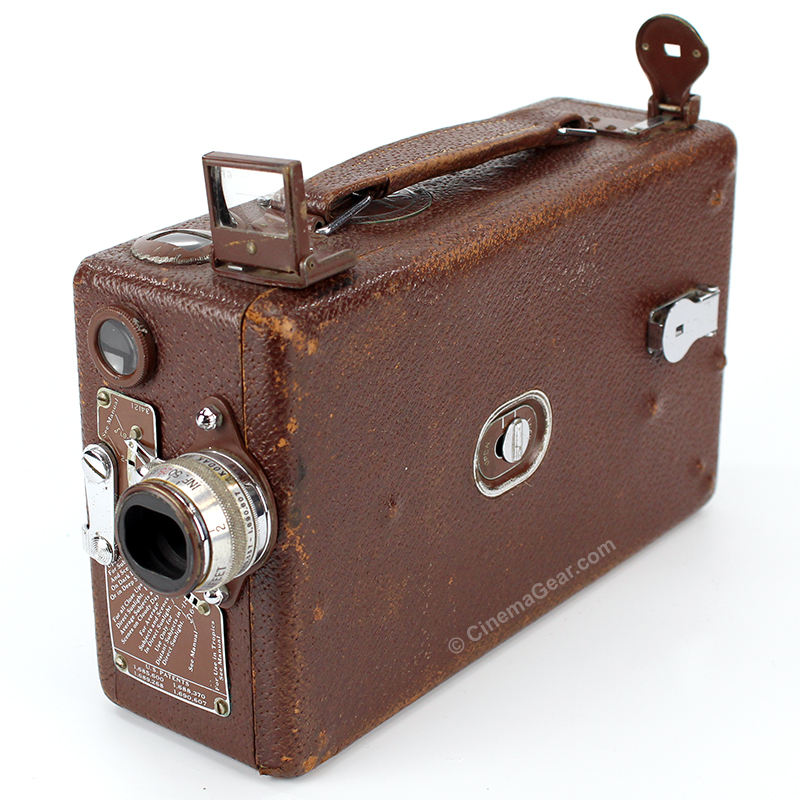 This Cine Kodak Model B 16mm camera features a Kodak Anastigmat 25mm f1.9 lens. The Cine-Kodak Model B was the second generation 16mm film camera from the Eastman Kodak Company, and was launched in 1925. Unlike their first 16mm camera the Model A, the Model B is spring-motor driven. It was designed to be lightweight, portable, and easy to use. The camera uses 100ft daylight loads and includes a fixed focus lens. George Eastman and Harry A. Strong founded the Eastman Kodak Company in 1889. In 1923, Kodak launched cellulose acetate-based 16mm safety film, designed to replace highly flamble nitrate film and make amateur movie making safe and practical. That same year, they introduced their 16mm Cine-Kodak Model A camera and Kodascope Projector. 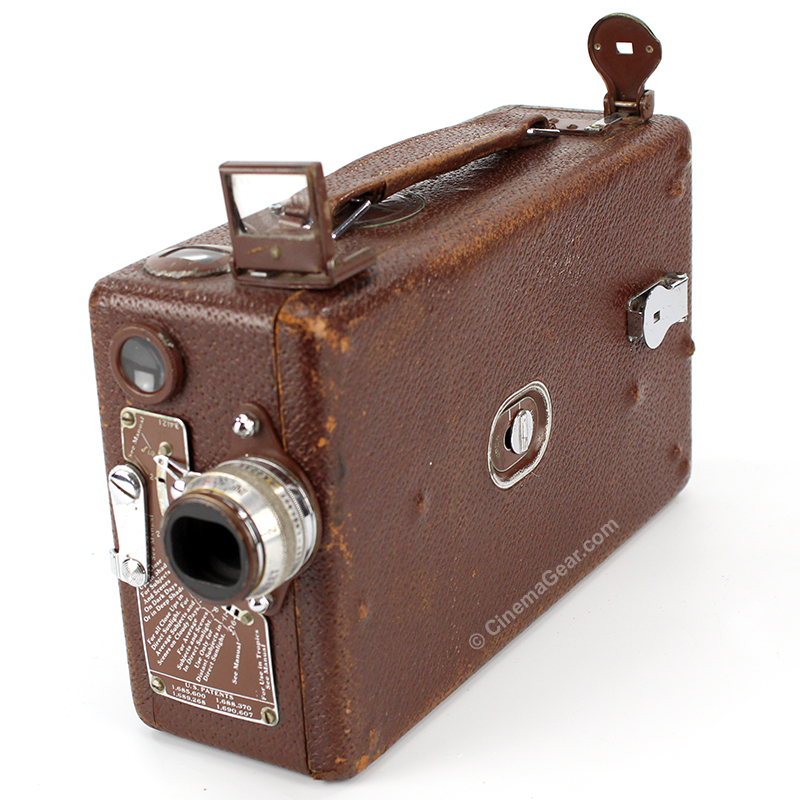 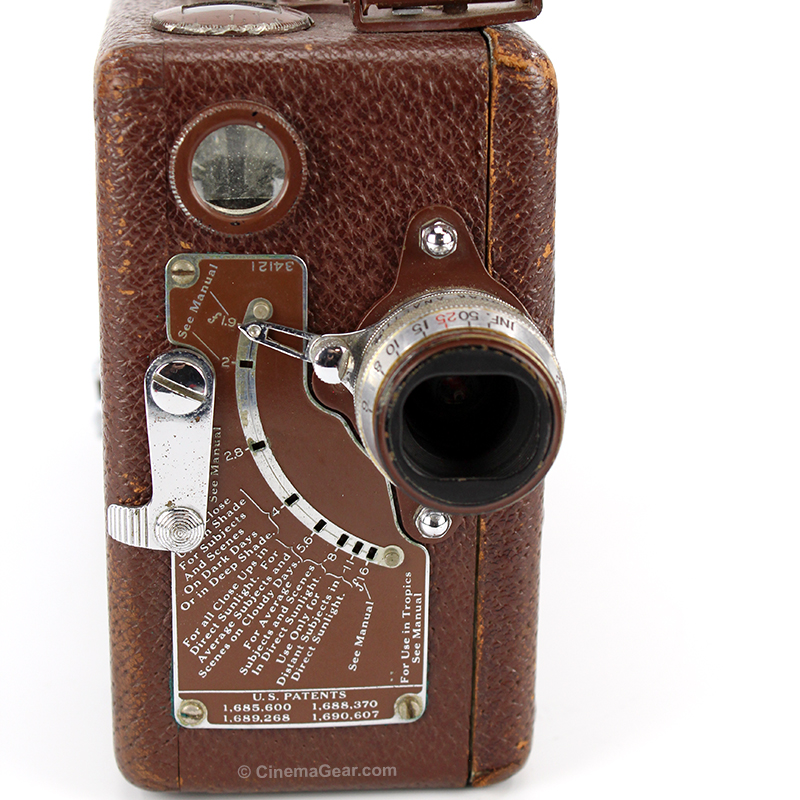 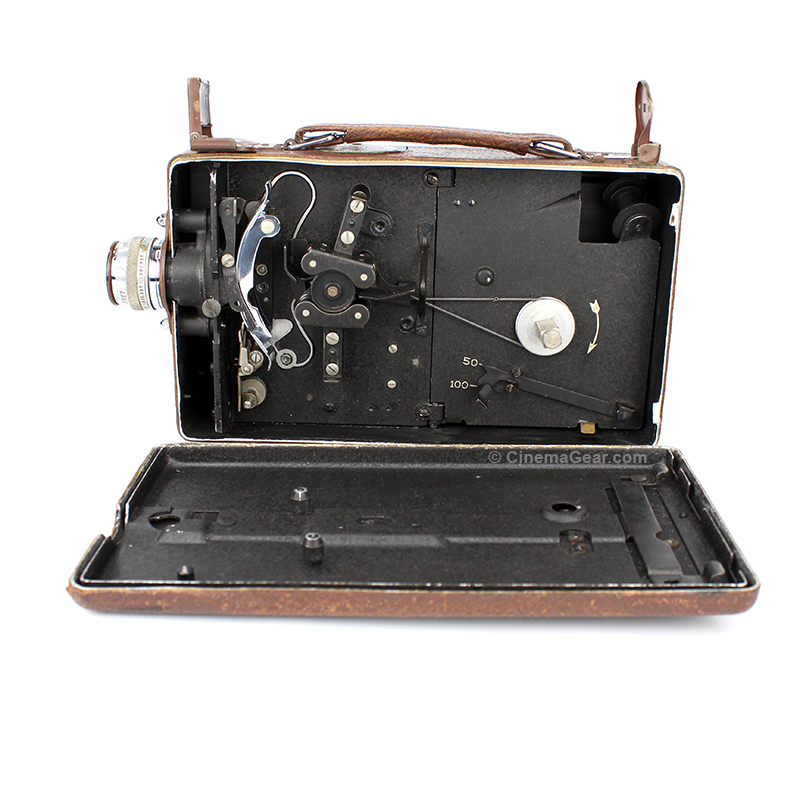 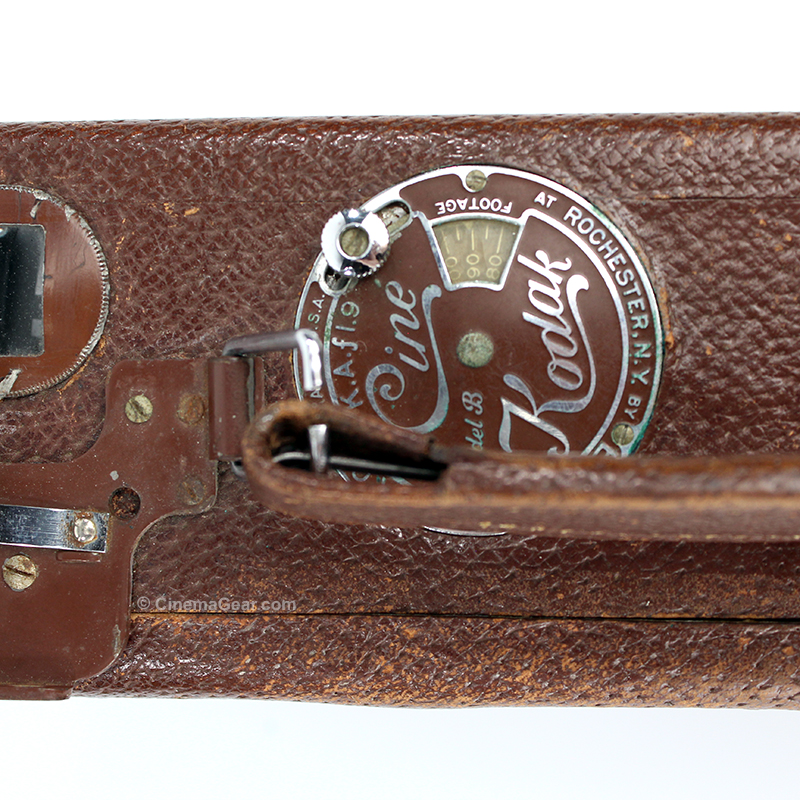