To target the expanding 16mm educational, industrial, commercial, and scientific markets, Kodak introduced the Cine-Kodak Special camera in 1933. It used swappable magazines that held 100’ or 200’ of film, and featured a two-position turret with interchangeable lenses. Building on the success of the original Cine-Kodak Special, the Cine-Kodak Special II was introduced in 1948. It featured a divergent 2-lens turret that kept the lenses from interferring with each other as they could in the earlier model. The camera used Kodak's new Type-S lens mount, intended to be a universal lens mount for all of Kodak's cine cameras. This Cine-Kodak Special II 16mm motion picture camera includes a magnifying through-the-lens telescope and sidefinder, a Kodak Anastigmat 2.5in f2.7 lens, and a Kodak Anastigmat 15mm f1.9 lens. 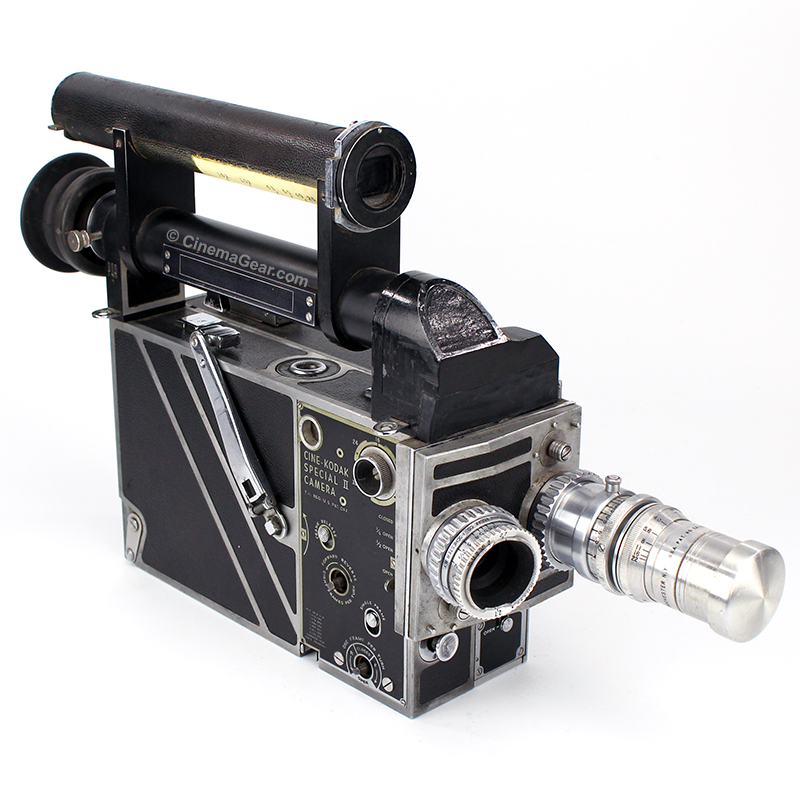 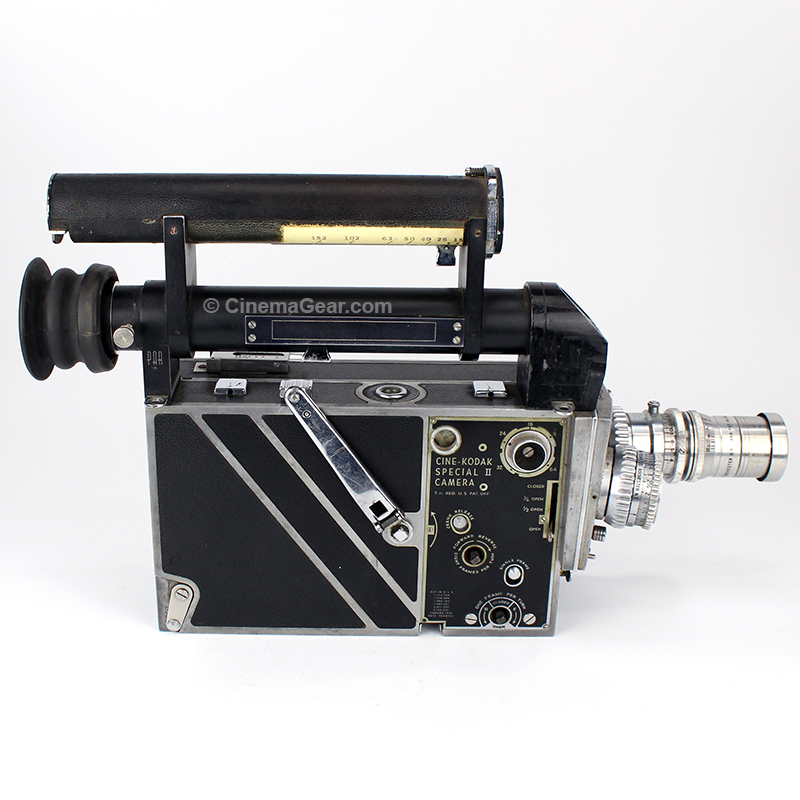 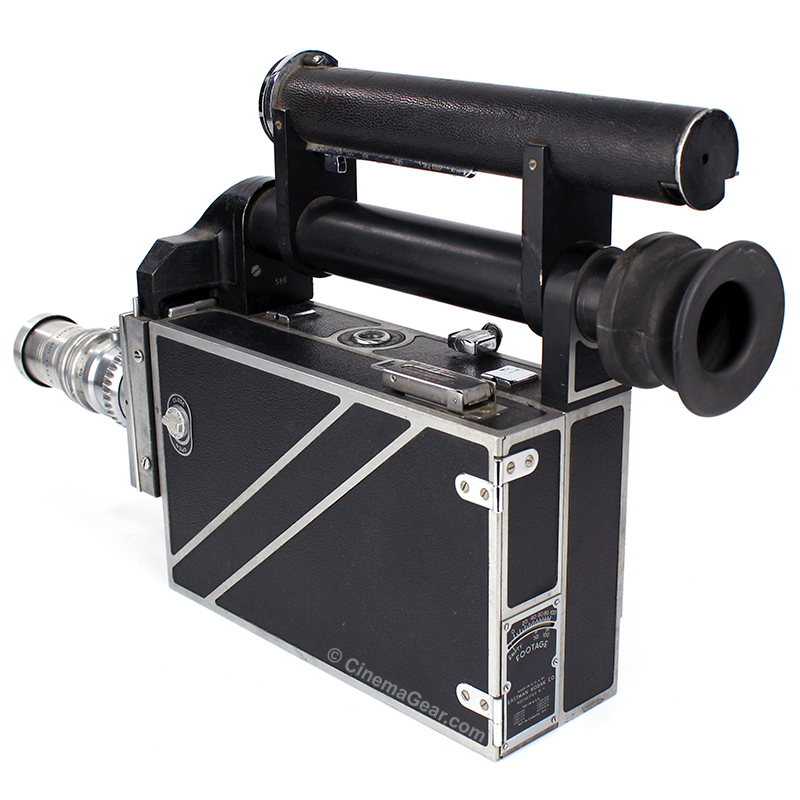 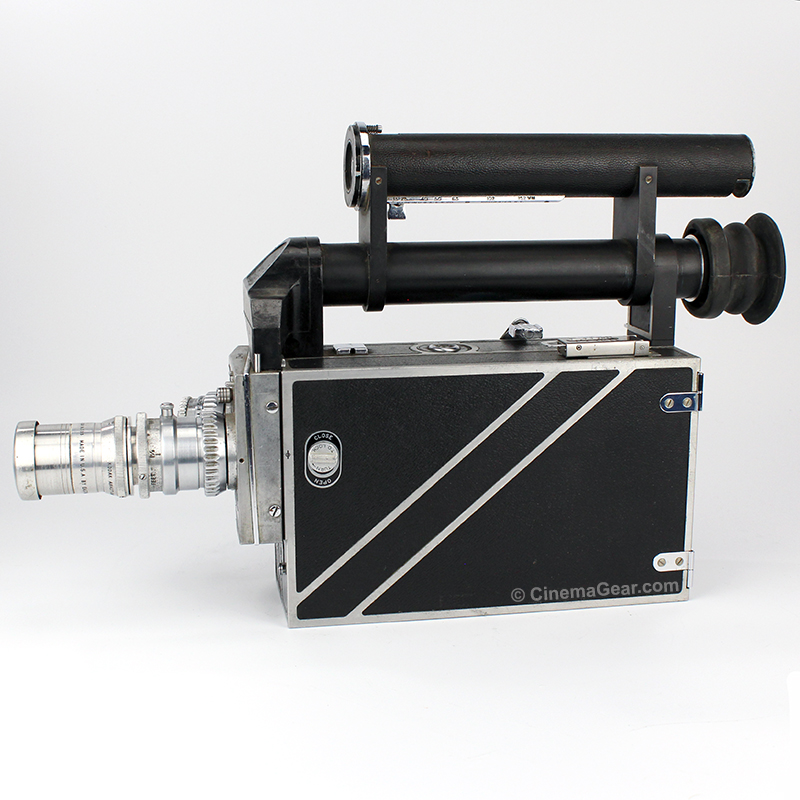 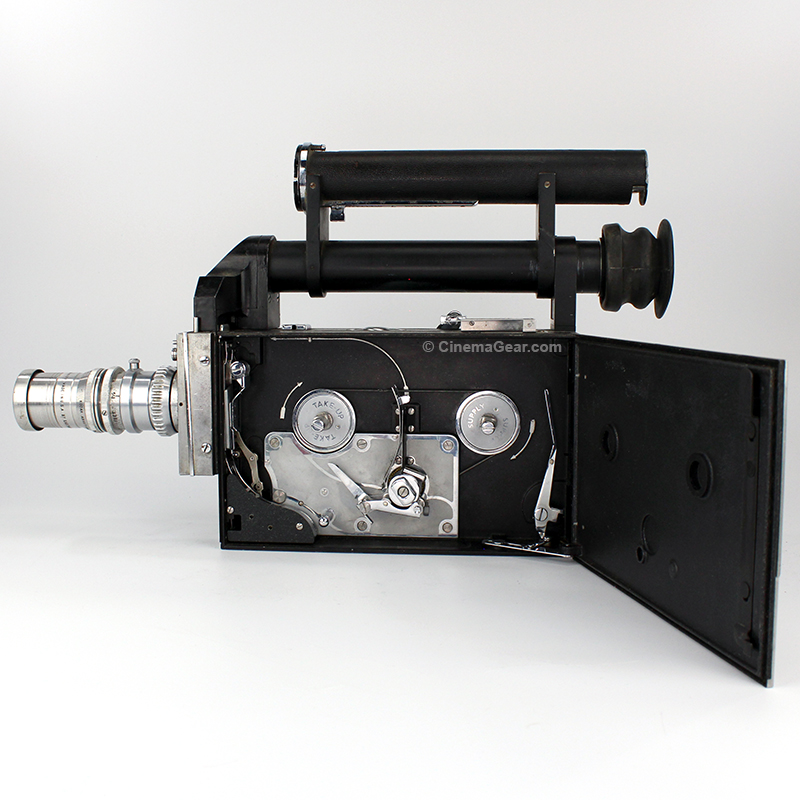 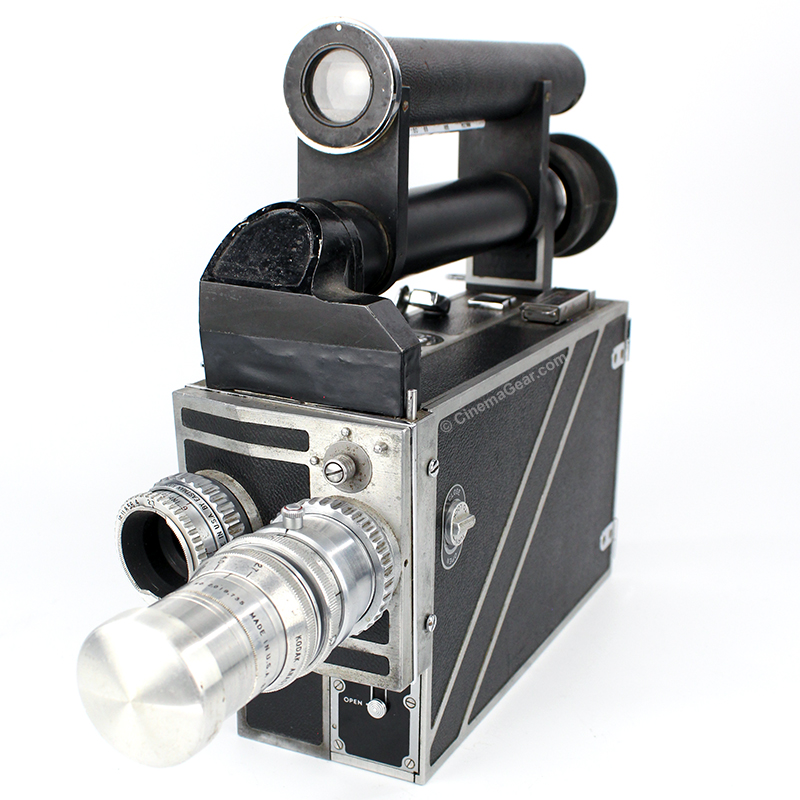 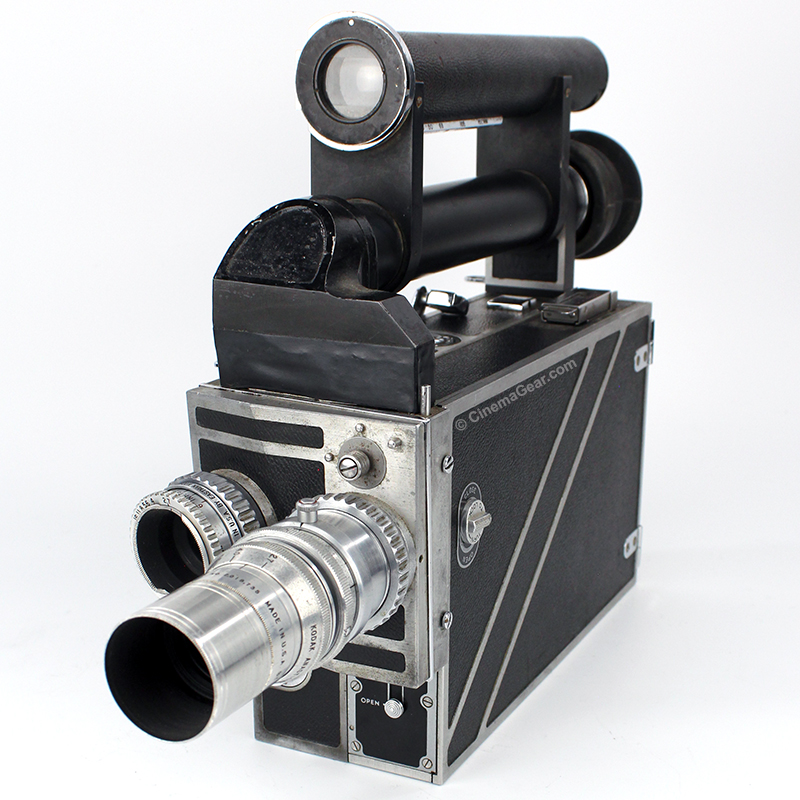