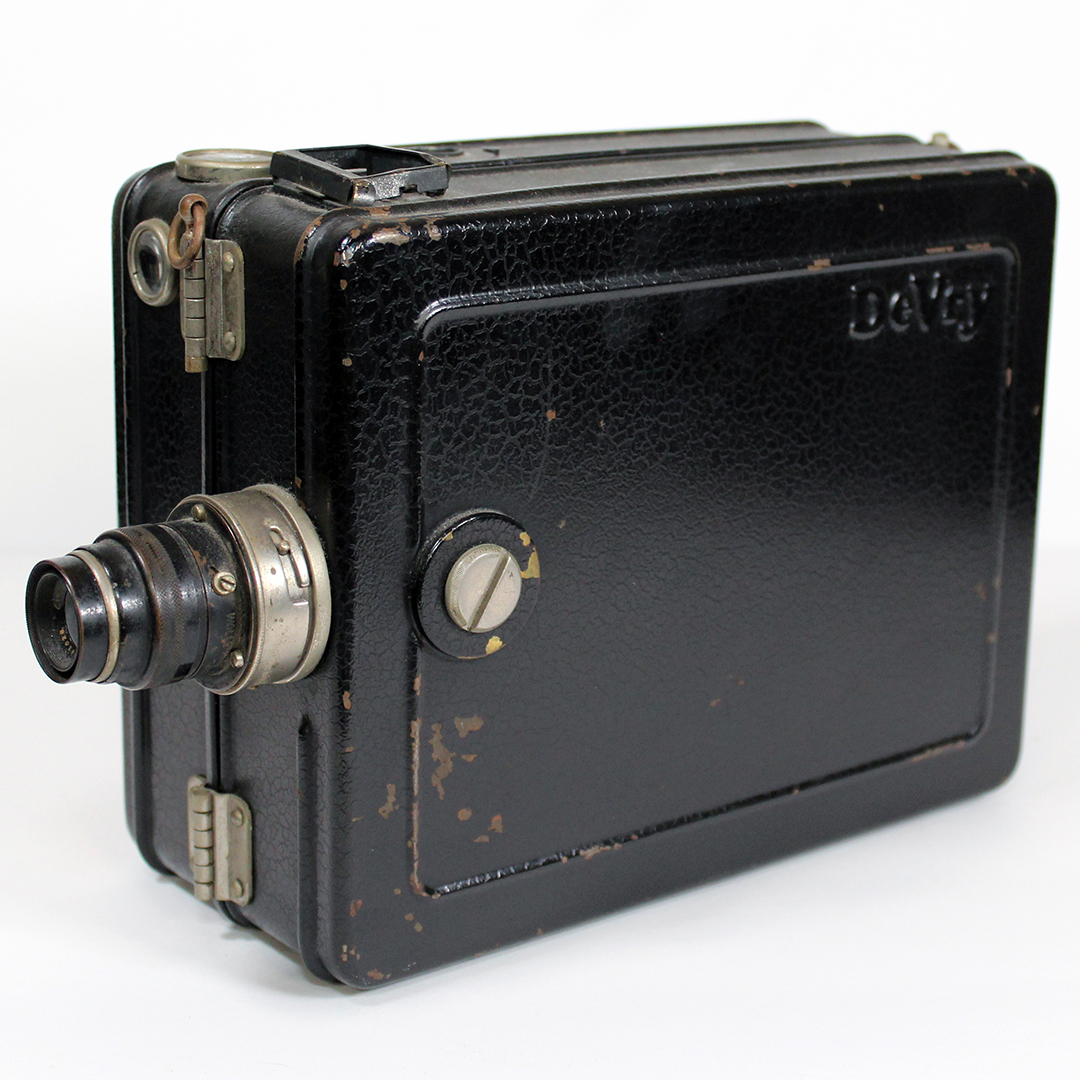 Herman A. DeVry was a German-born inventor, aviator, and education advocate who began his career in 1910 when he became a cameraman for the Industrial Film Company in Chicago, IL. In 1912, DeVry introduced the revolutionary "Theatre in a Suitcase," a portable film projector that fit into its own suitcase. By 1919, DeVry came to control the Industrial Film Company, and he changed the name to DeVry. Herman DeVry himself was a huge believer in the use of motion pictures for education, and to that end sold thousands of his Type E projectors to schools, while he also distributed educational films.

In 1925, the DeVry Summer School of Visual Instruction was established to expand his educational efforts. Additionally, DeVry partnered with Lee De Forest to create the DeForest Training School (which eventually came to be DeVry University). The US government selected the De Forest Training School during World War II to educate Army Air Corps instructors in electronics, one of the first schools approved under the GI Bill.

The DeVry Standard Portable Camera, nicknamed the Lunchbox for its rectangular metal box design, was first demonstrated before the American Society of Cinematographers in 1925 and offered for sale in 1926. Advertisements touted the camera’s ease of use, durable construction, and low cost.

This particular camera, serial # 765, was once owned by actress Marion Davies. Marion Davies (1897 - 1961) was born in Brooklyn, NY and began acting in school. After graduation, she found work as a chorus girl and one of the Ziegfeld Follies. Davies appeared in her first film in 1917, Runaway Romany, directed by her brother-in-law George W. Lederer. While working on the film Cecilia of the Pink Roses in 1918, she met newspaper billionaire William Randolph Hearst, with whom she had a relationship for the rest of his life. Marion Davies starred in 46 films over her three-decade career, including 16 talkies. Some of her most popular films include: Show People (1928), When Knighthood Was in Flower (1922), Going Hollywood (1933), and Not So Dumb (1930). 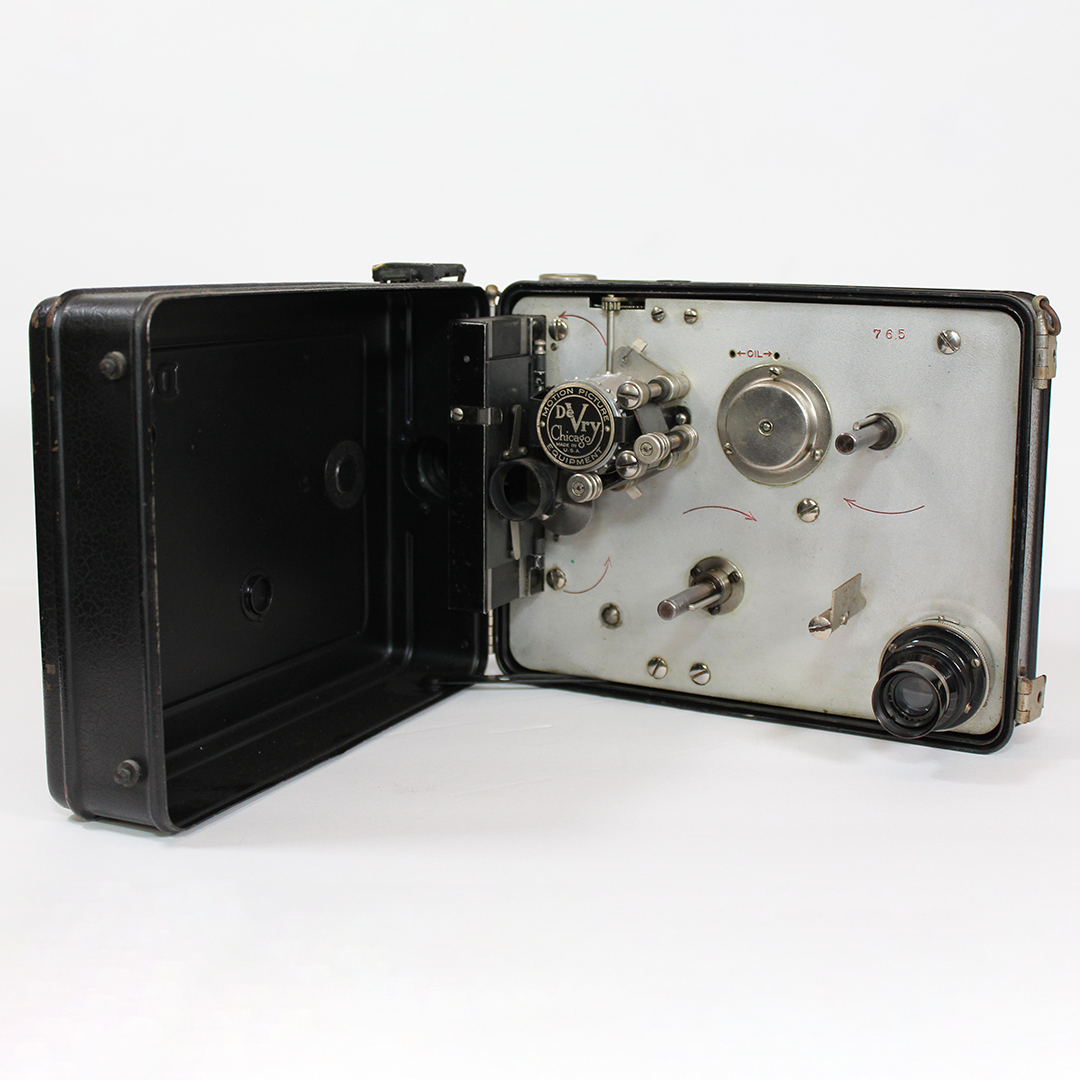 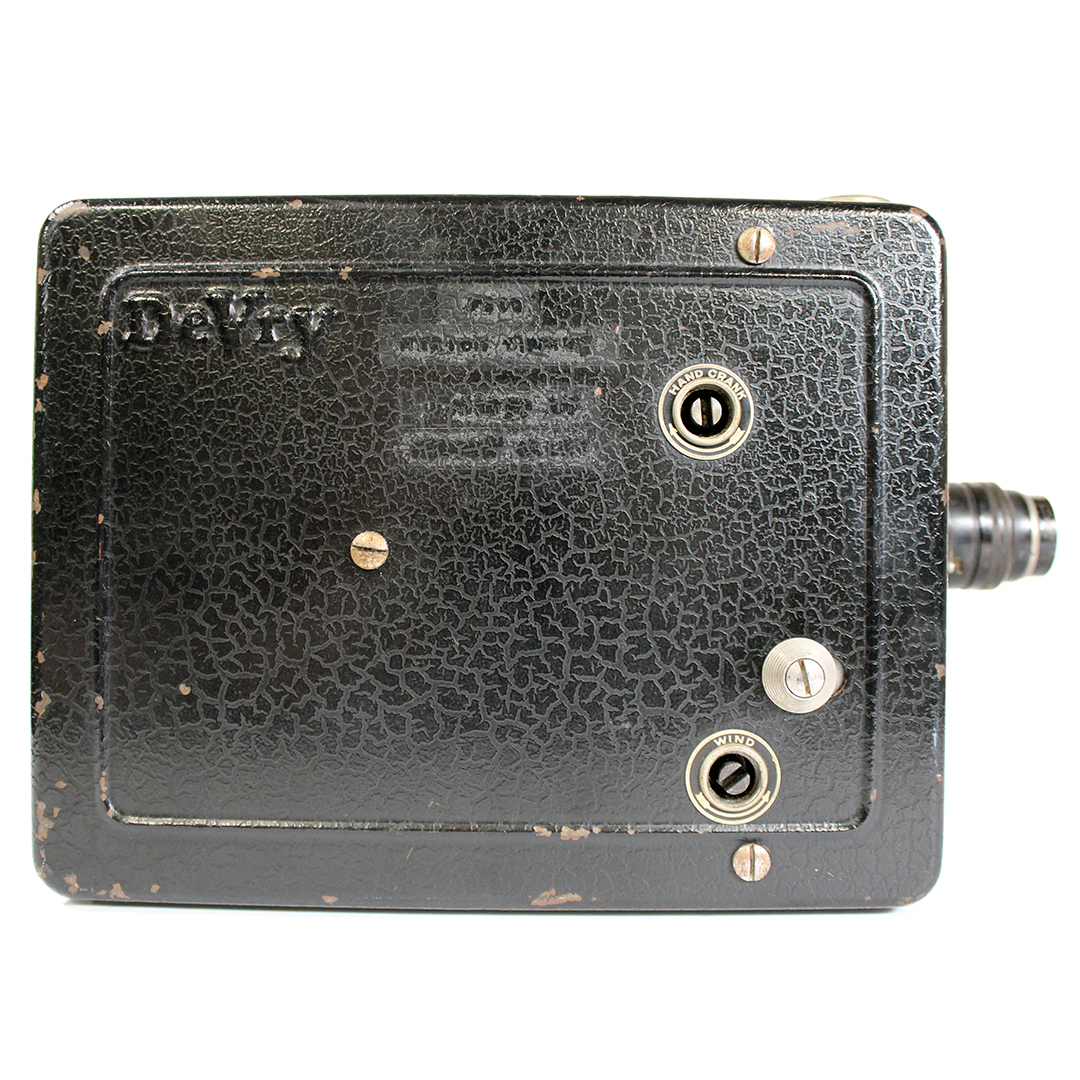