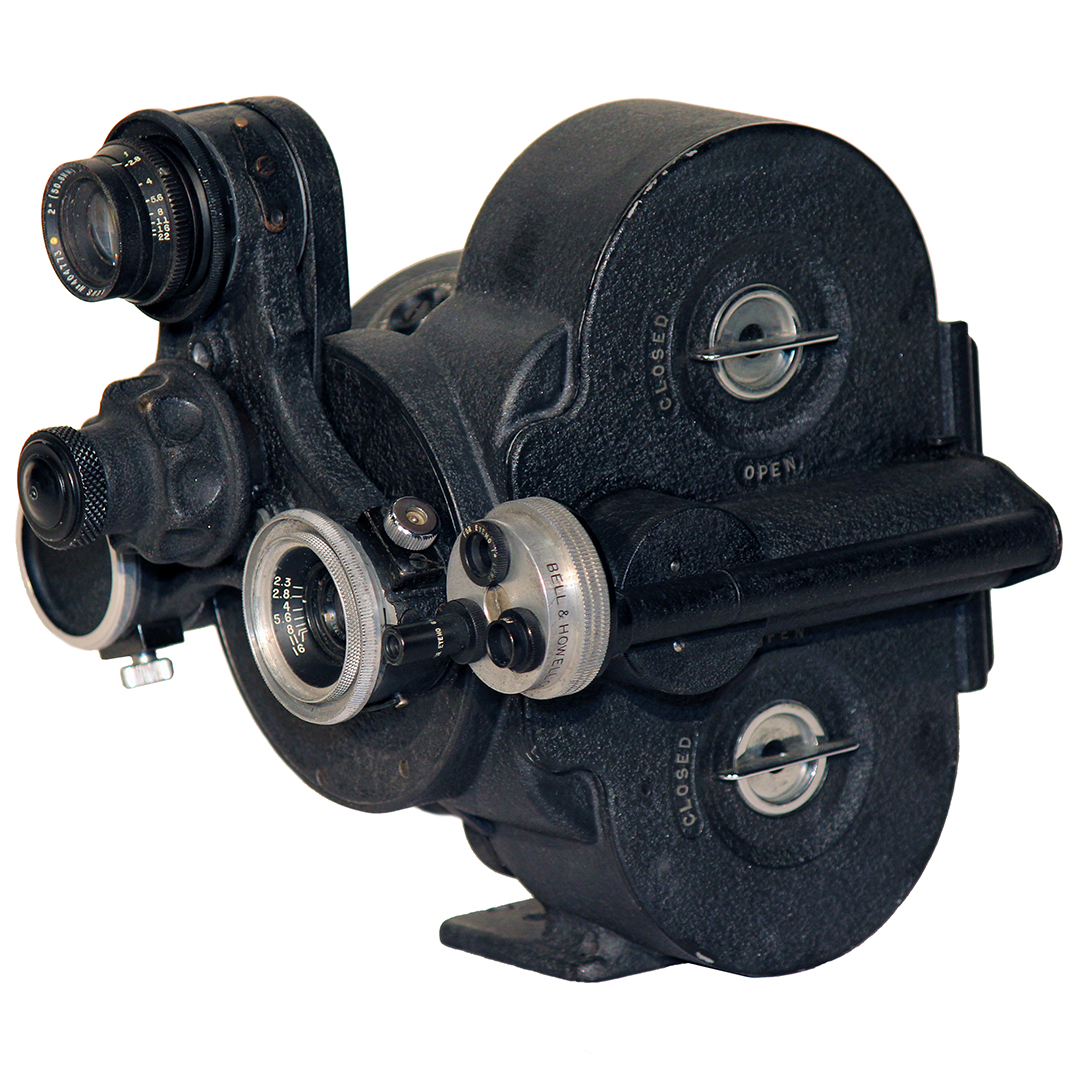 Based largely on the earlier 16mm Filmo, the Bell & Howell Eyemo was introduced in 1925, and produced through the 1970's. The Eyemo is a 35mm spring motor driven motion picture film camera with a 100' internal daylight load capacity. The Eyemo is a small, rugged camera, and in the base model, it includes a single lens port. Over time, the Eyemo evolved and more features and accessories were added. In 1929, a version with a 3 lens "spider" turret was introduced. An electric motor and the ability to use external magazines became available in 1932. The Eyemo remained popular for more than five decades, seeing wide use in newsgathering, combat and documentary photography, and as a crash camera. This particular camera features a 3 lens Spider turret with 3 Eyemo mount lens ports and comes in a military issue fitted case. 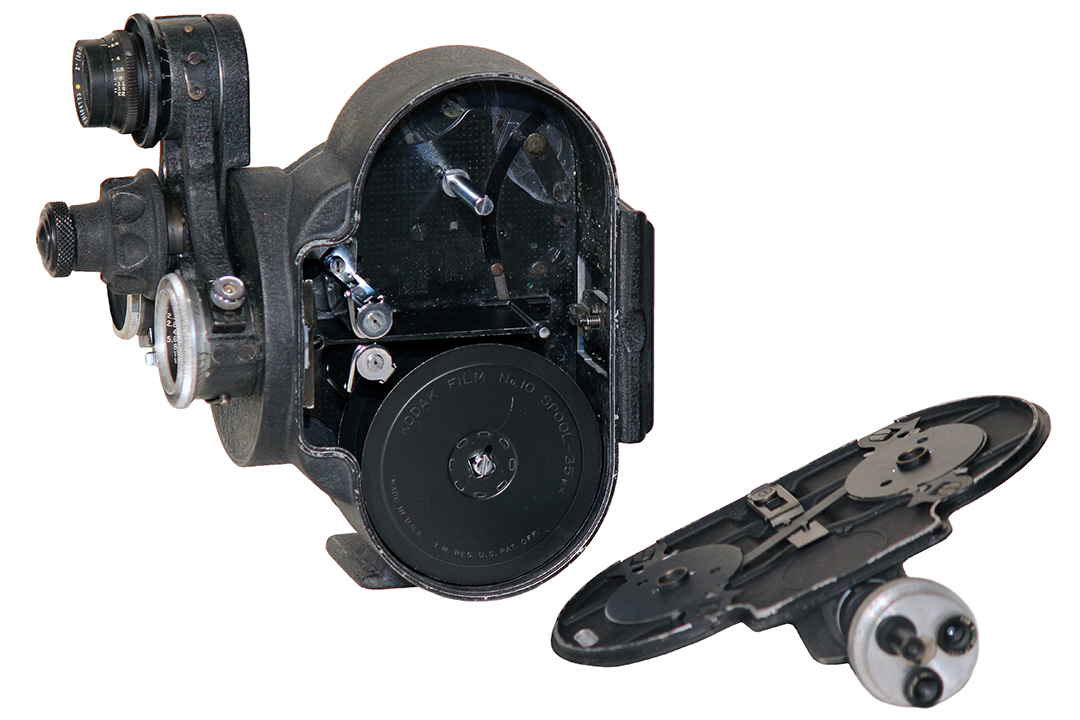 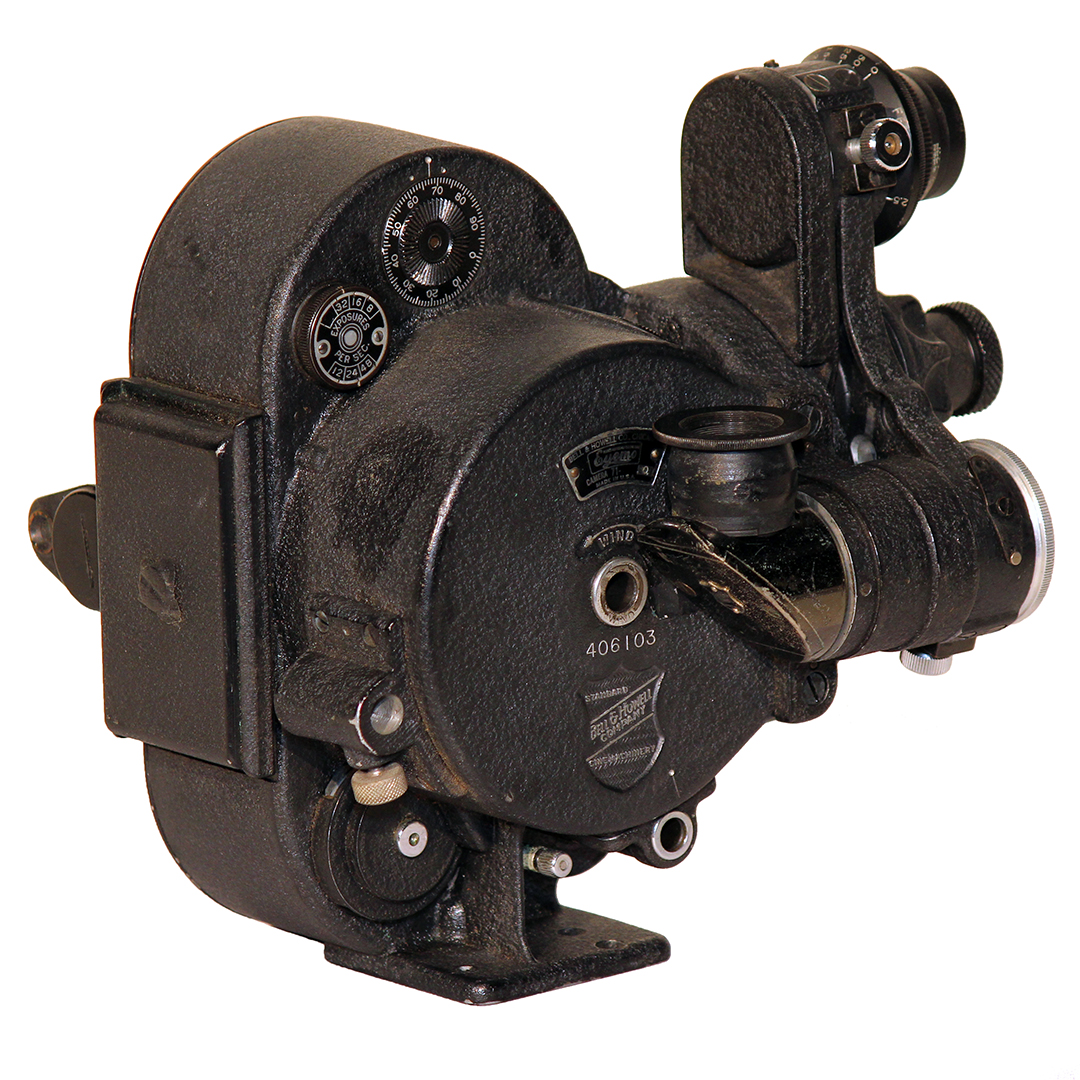 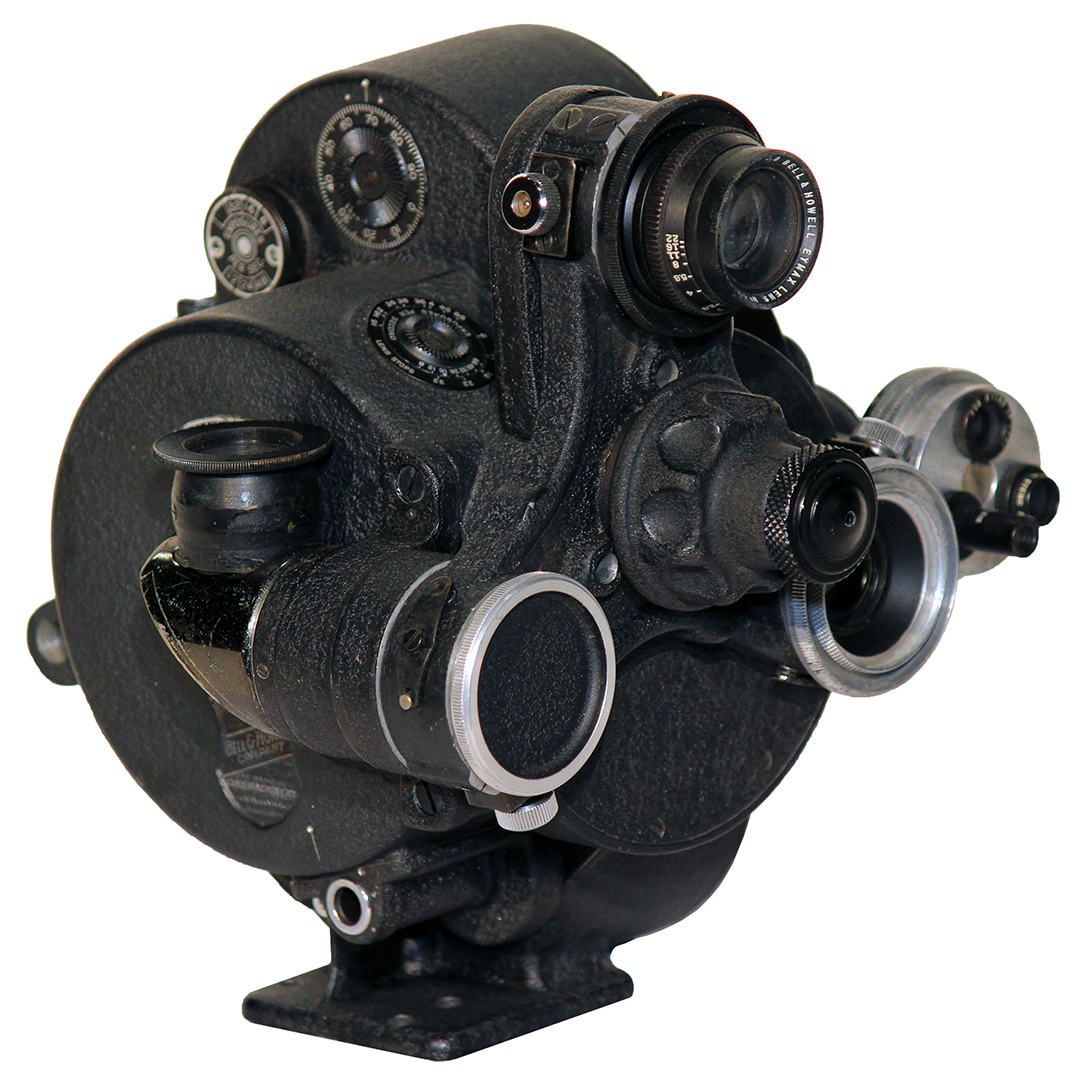