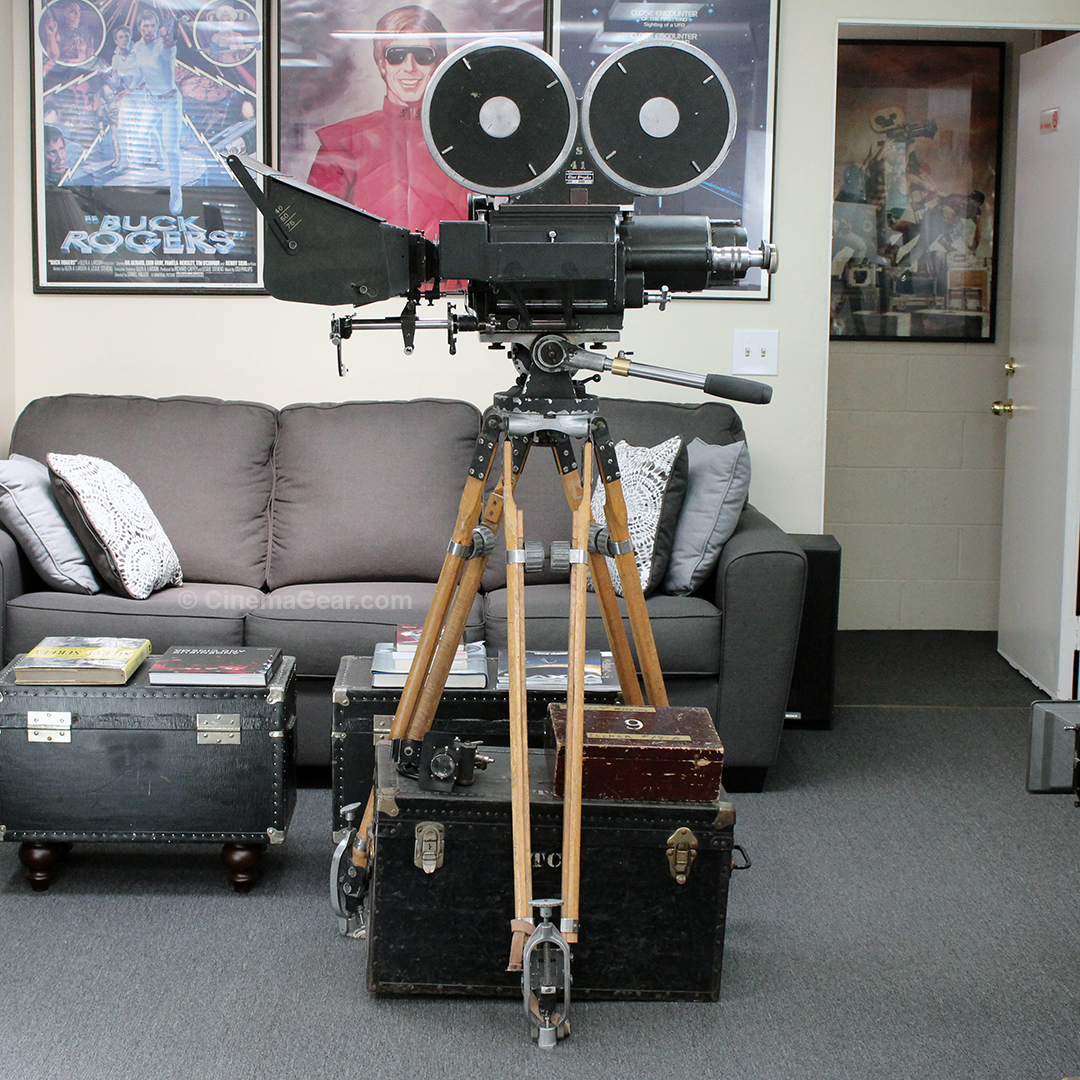 The Twentieth Century-Fox Cine Simplex camera represented a revolutionary change in the design and intended use of a studio sound production camera. From its inception, this camera was designed specifically to be sound silent without the added size and weight of a blimp housing. To achieve this, the camera’s designers rethought everything about how the internal mechanisms of the camera operated together. From the design of the intermittent movement, to the way the movement and other mechanisms were isolated from the camera casting, and the new and innovative way the shutter was mounted to the camera, great lengths were taken to capture as much noise and vibration within the camera body as possible. The Cine Simplex truly represents a milestone in 1930s engineering, and the Fox camera system, including the Freehead, as well as the unitized variable speed motor and interlock motor, made this camera far ahead of its time.

This Twentieth Century-Fox Cine Simplex camera, serial number 109, comes out the collection of my friend, noted cinematographer and collector John Hora. Over the course of the last six months, this camera has been carefully cleaned, repaired, and restored to working condition. When it first arrived, it was clear that the camera and the Freehead Camera mount had been sitting in storage for a long time and needed extensive service to put them back in good working condition. For more details of the restoration process, see our blog posts here.

The camera has been restored to working order and comes with most of its original accessories. The package includes:

A History of the Fox Cine Simplex Camera

Sound films had become the norm in the motion picture industry by the early 1930s, but camera technology had not yet caught up with the needs of the industry. Studios constructed their own sound-proof housings called “blimps”, generally out of metal, wood, and leather, to silence the operating noise of the popular cameras of the day. These blimps were generally described as huge and cumbersome constructions, weighing hundreds of pounds, bulky, and awkward to shoot with. One of the first camera manufacturers to offer a solution to this problem was the Mitchell Camera Corporation, when they introduced their BNC model in 1934. With the BNC, Mitchell built a better blimp, smaller and lighter than the contemporary designs, and with all of the camera controls easily accessible from the outside. According to Mitchell sales records, Samuel Goldwyn Inc. was the first to purchase a BNC in August 1934. Executives at Twentieth Century-Fox, however, were opposed to buying anything from Mitchell after their less than amicable removal of William Fox from his studio a couple of years prior. Mr. Fox you see had acquired ownership of the Mitchell Camera Corporation in the late 1920s, and his former studio did not want to do any further business with him.

In 1934, Grover Laube (head of the Twentieth Century-Fox Cinetechnical Department), Charles Melvin Miller, Robert C. Stevens, and Edward Alfred Kaufman began an independent side project to develop a camera that would be sound silent without a blimp. It took them two years, but by 1936 their prototype was ready for testing on a feature film. Articles from the time indicate that the prototype was first used on a Shirley Temple film, but which one is not specified (of the child star’s 1936 releases, 3 were actually filmed that year, “Poor Little Rich Girl [Feb. to March], “Dimples" [May to June], and “Stowaway” [Sept. to Dec.]). The designers were so pleased with the first camera, they began work on a second camera before the first was perfected. Taking into consideration feedback from studio cinematographers, the second camera was refined and completed in 1938.

Along with these two prototypes, a more complete production package was also engineered. This included the Fox Freehead Camera Mount, a hydraulically regulated pan and tilt device, and a specially mounted and custom coated series of Bausch & Lomb Baltar lenses. In 1939, the prototypes were demonstrated for studio executives and they were suitably impressed with the innovative design and features their Cinetechnical Department had created. Twentieth Century-Fox contracted with the Cine Simplex Corporation of Syracuse, New York to build ten more camera systems for the studio. The first of the production model Fox Cine Simplex cameras were unveiled to studio executives and camera staff in August 1940, before being used to film “Tin Pan Alley” starring Alice Faye and Betty Grable.

Research indicates that the studio’s intention was to replace their existing stable of cameras with the Fox Cine Simplex. However, World War II intervened, and it is unclear how many more cameras were ordered and manufactured after the initial ten. We have seen photographs of cameras with serial numbers up to 16, but have not found any records to show exactly how many were produced. These Cine Simplex cameras remained in use at Twentieth Century-Fox for decades, easily transitioning into the CinemaScope widescreen era of the 1950s. Twentieth Century-Fox Cine Simplex cameras were used in the production of may Fox features, including “How Green Was My Valley” (1941), “Laura” (1944), “Miracle on 34th Street” (1947), “How to Marry a Millionaire” (1953), “The Robe” (1953), and sequences in “Planet of the Apes” (1968). 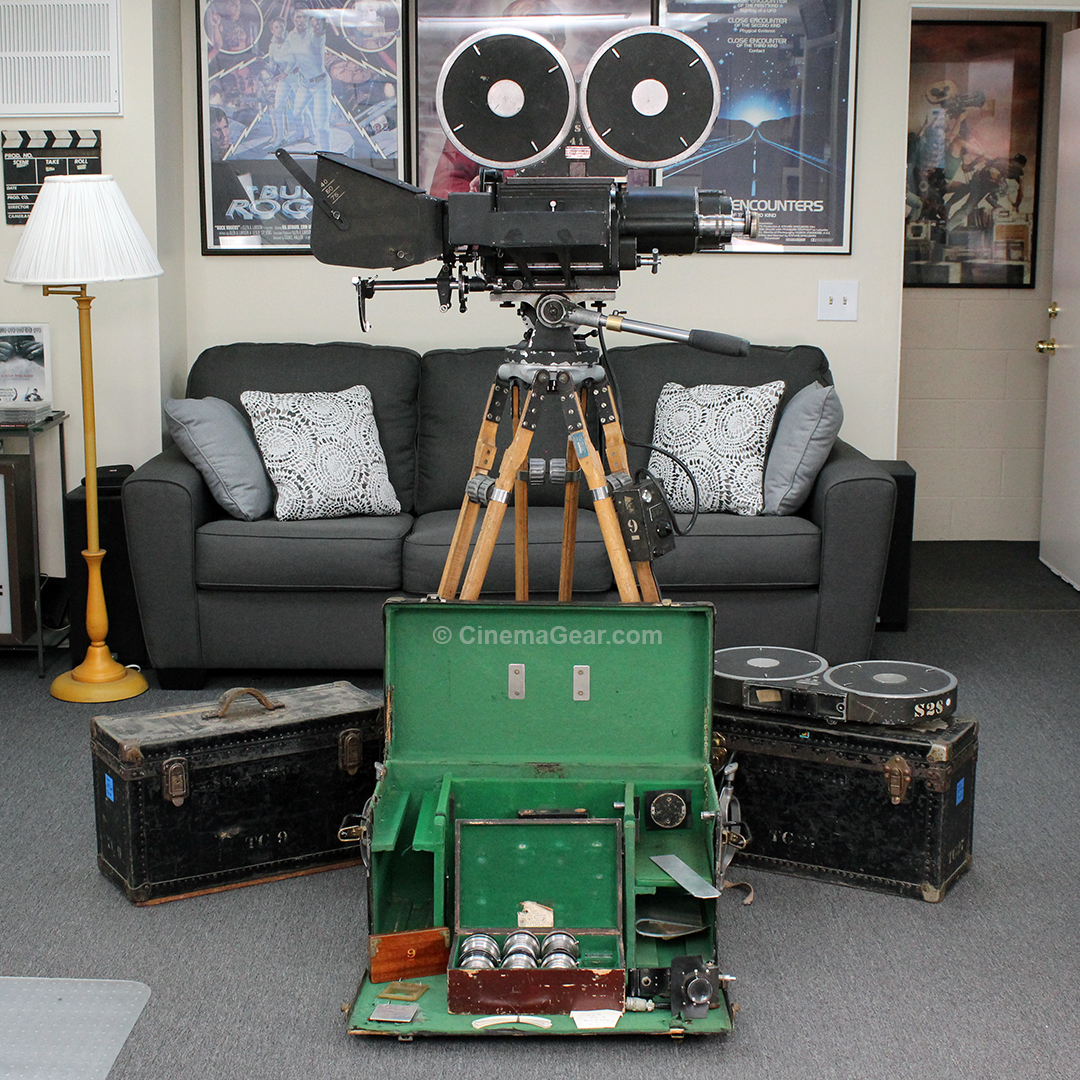 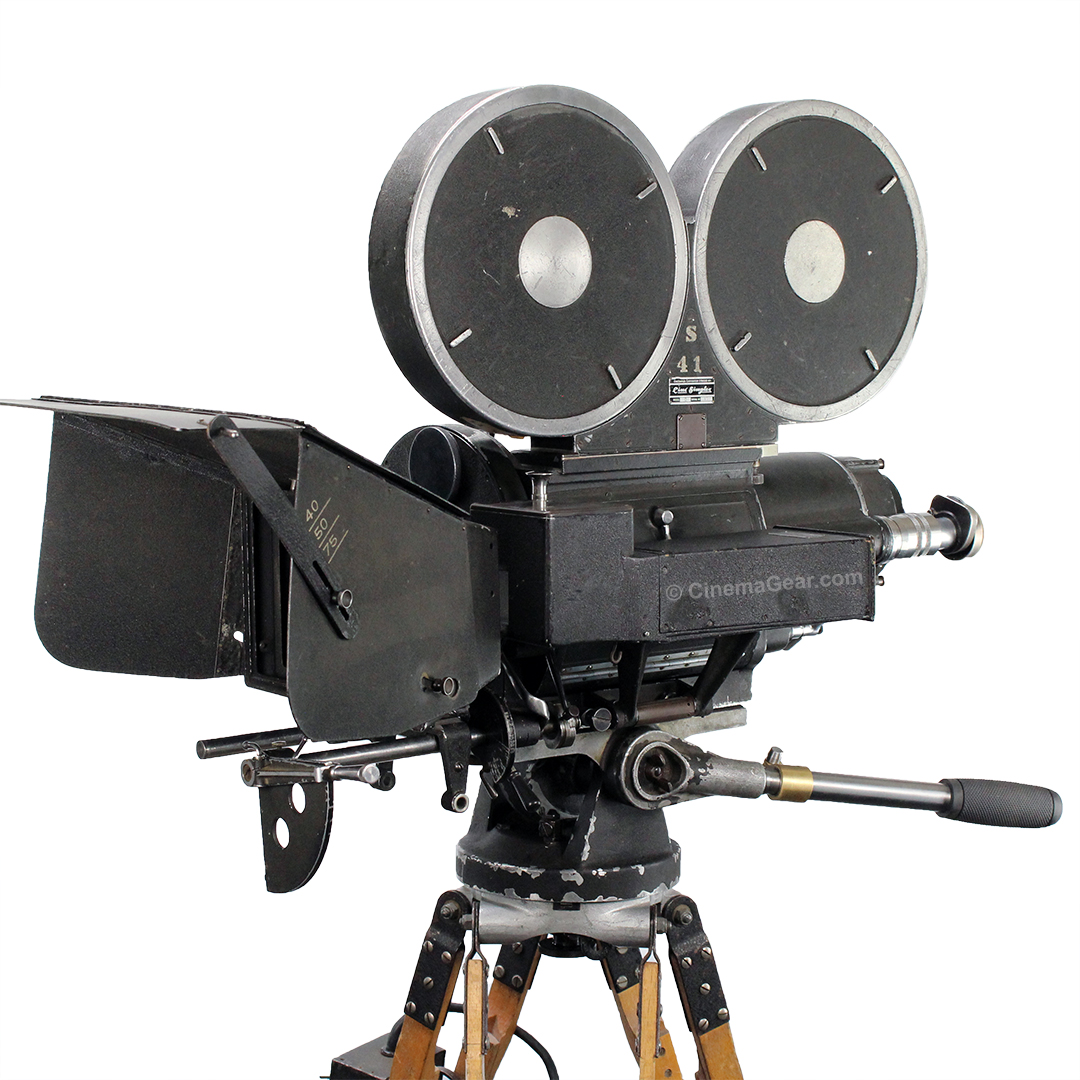 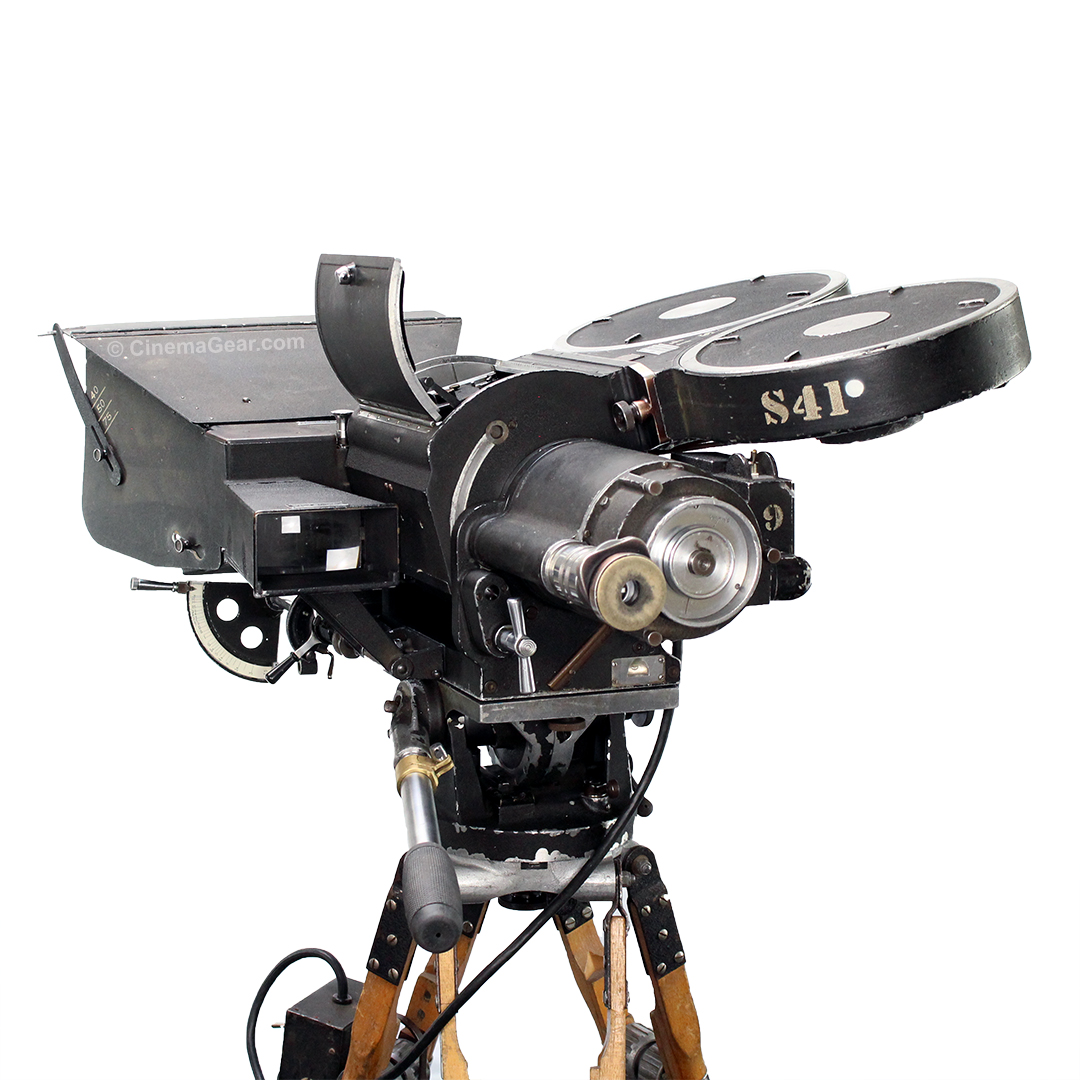 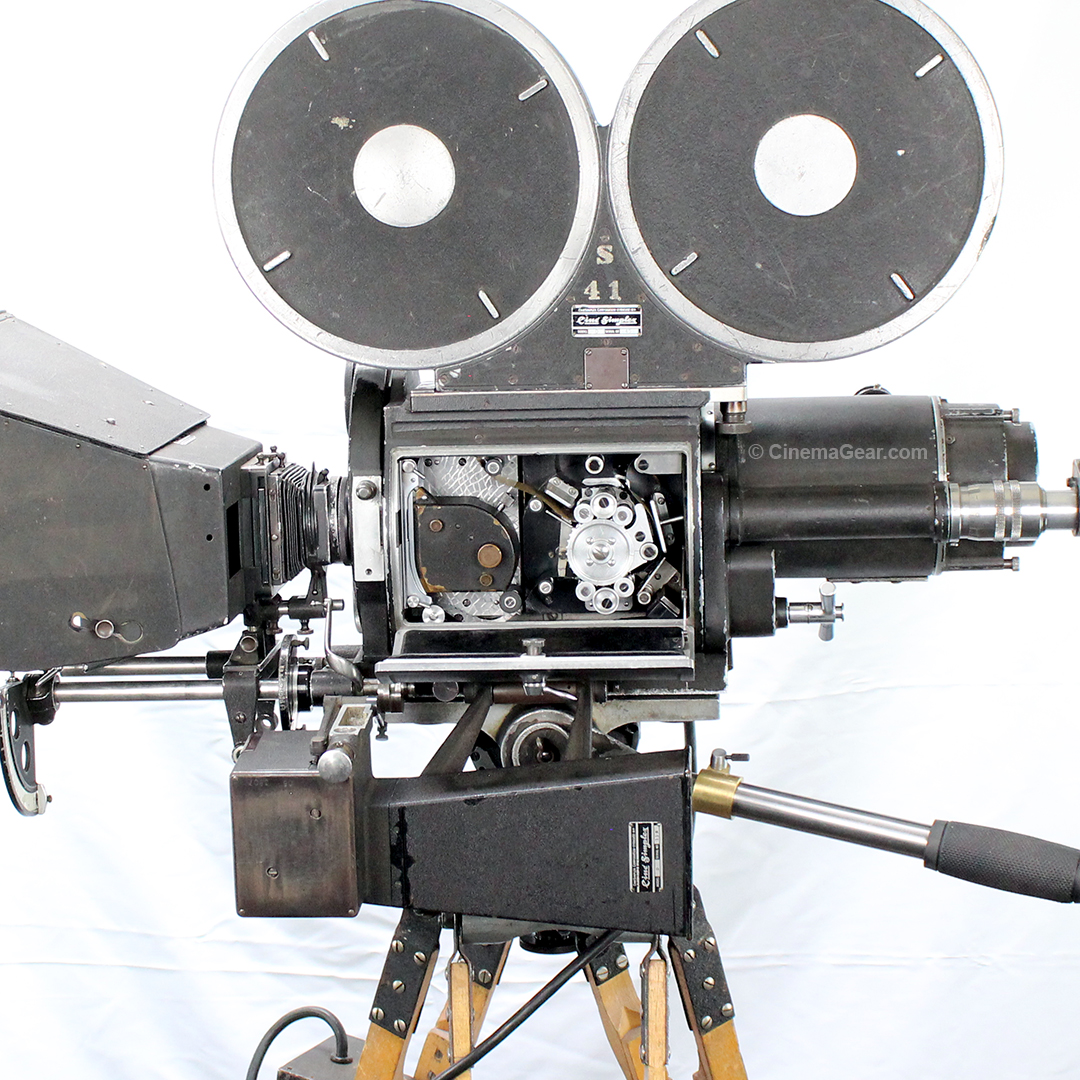 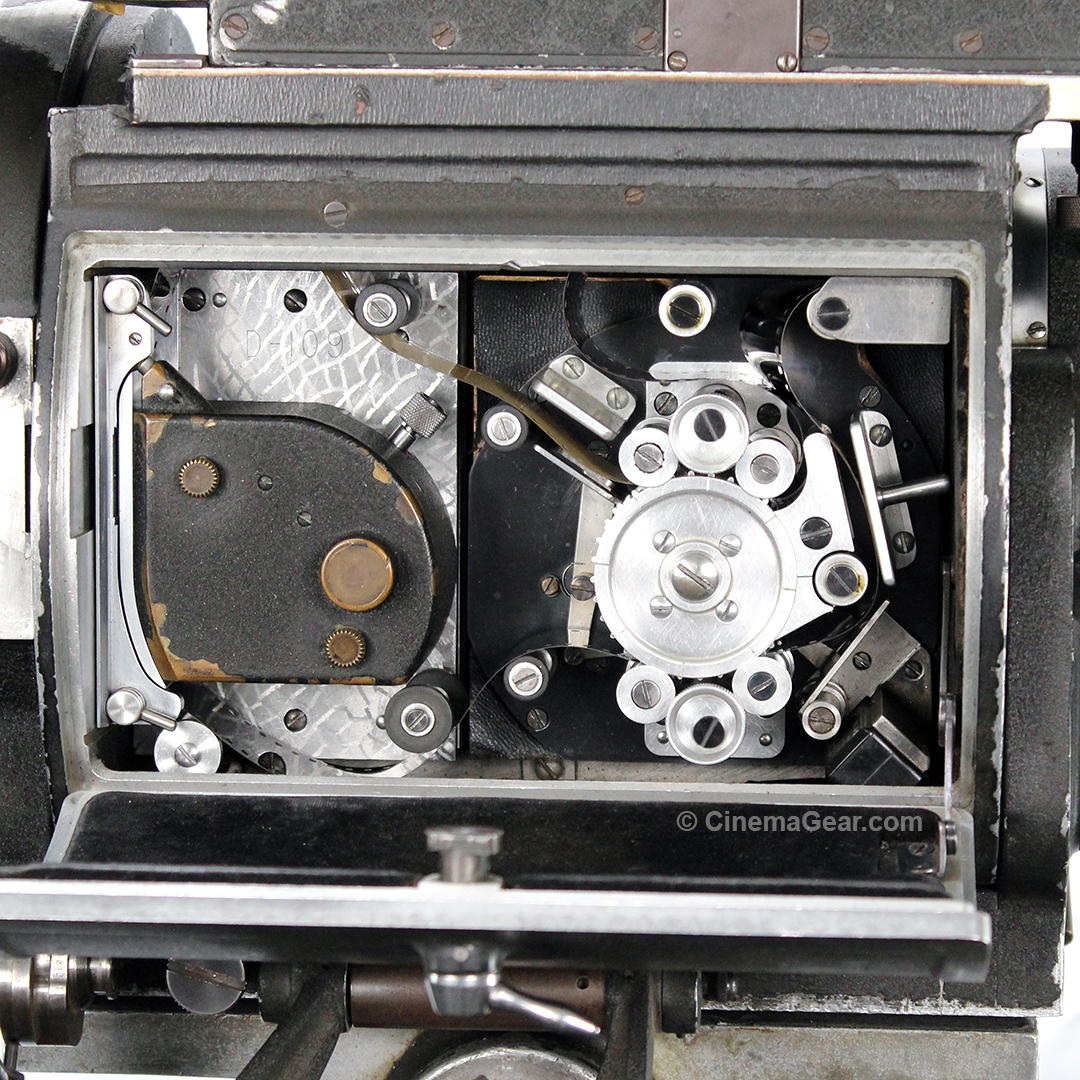 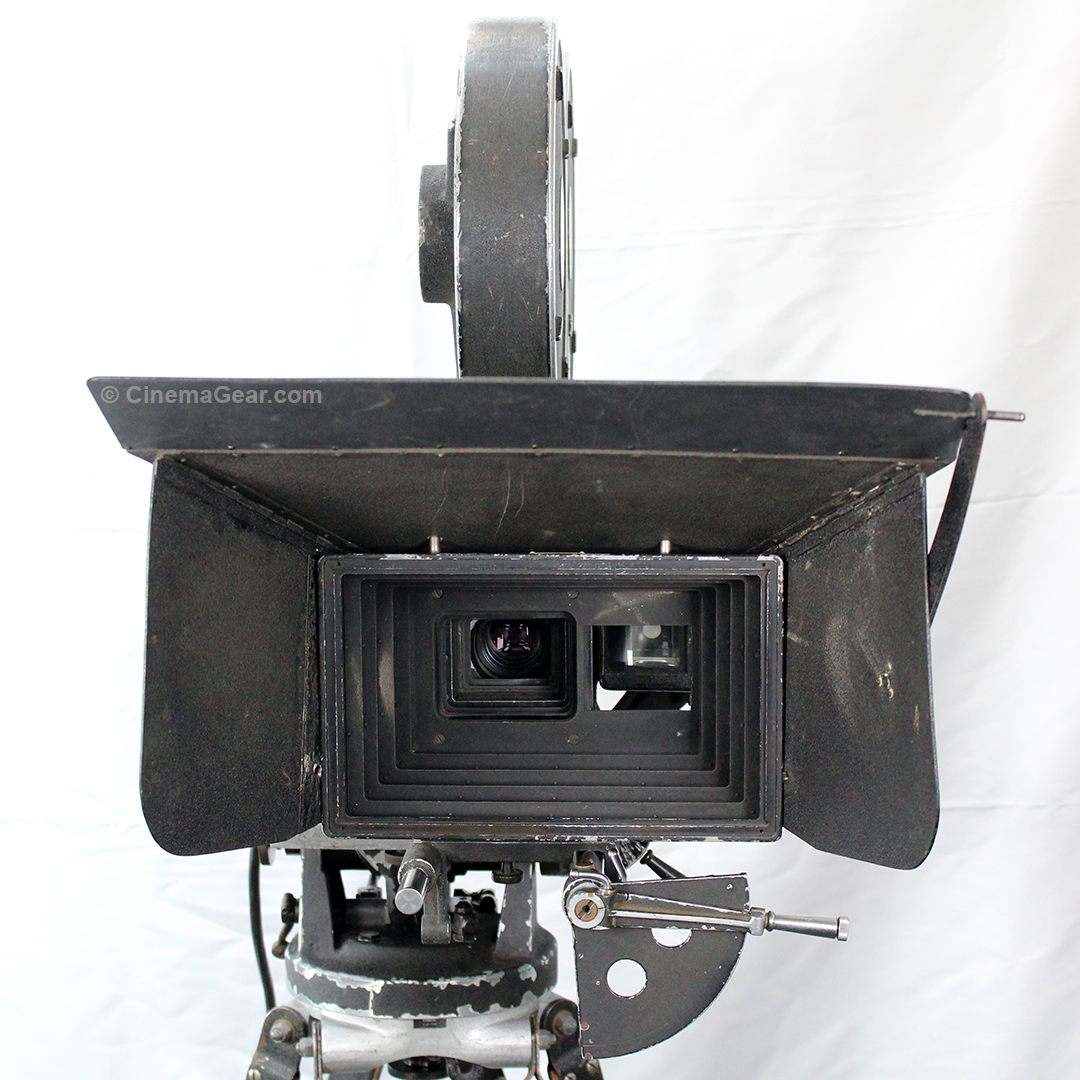 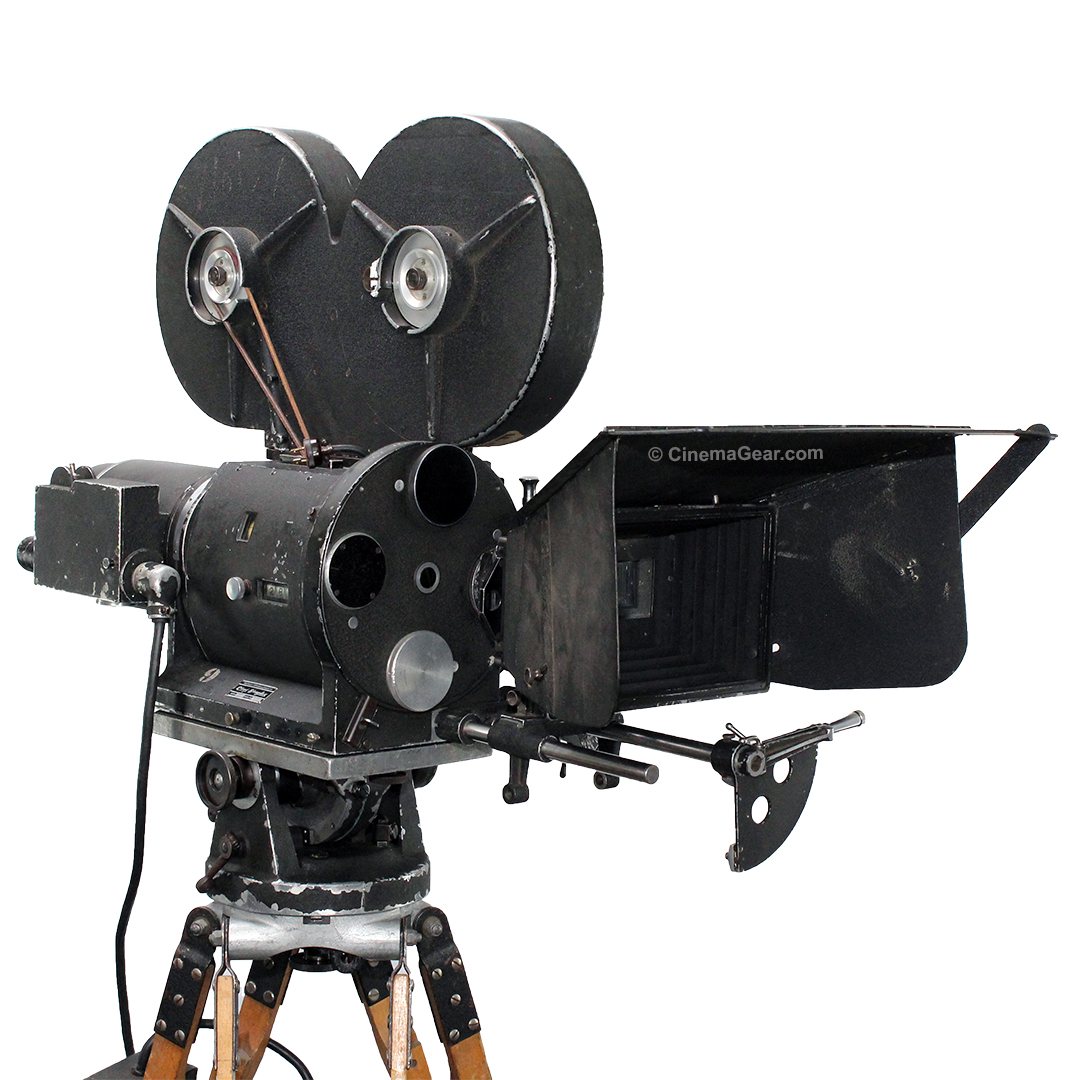 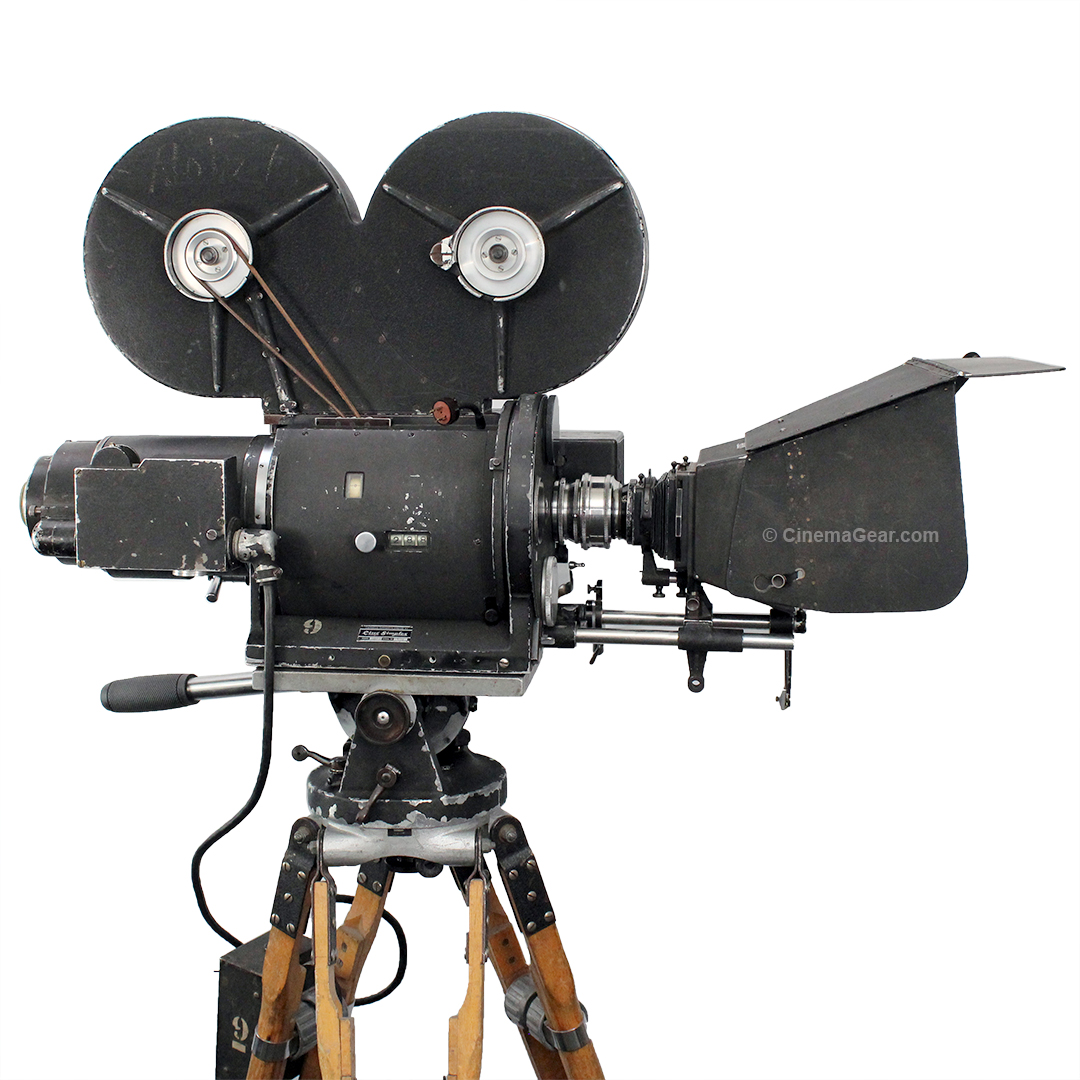 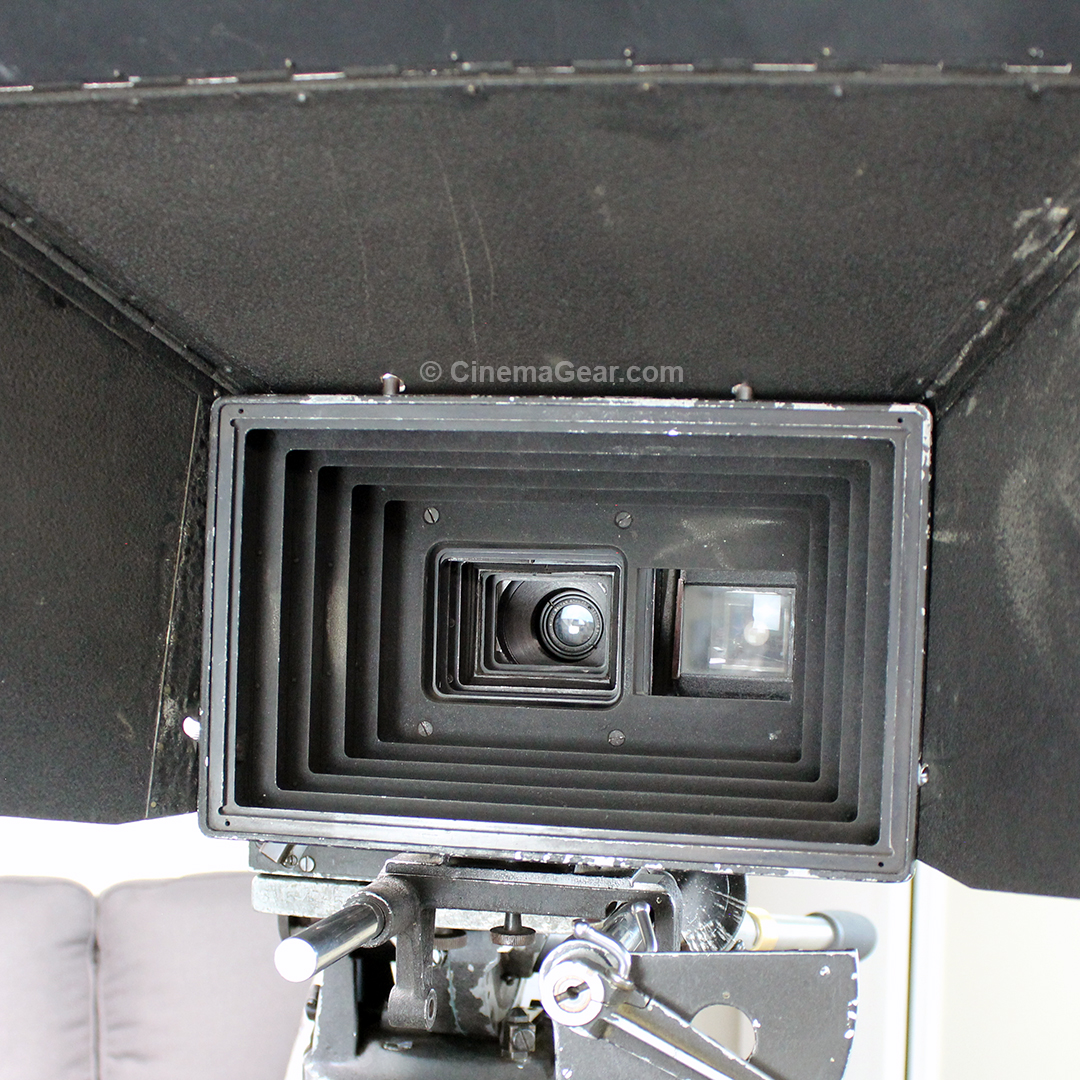 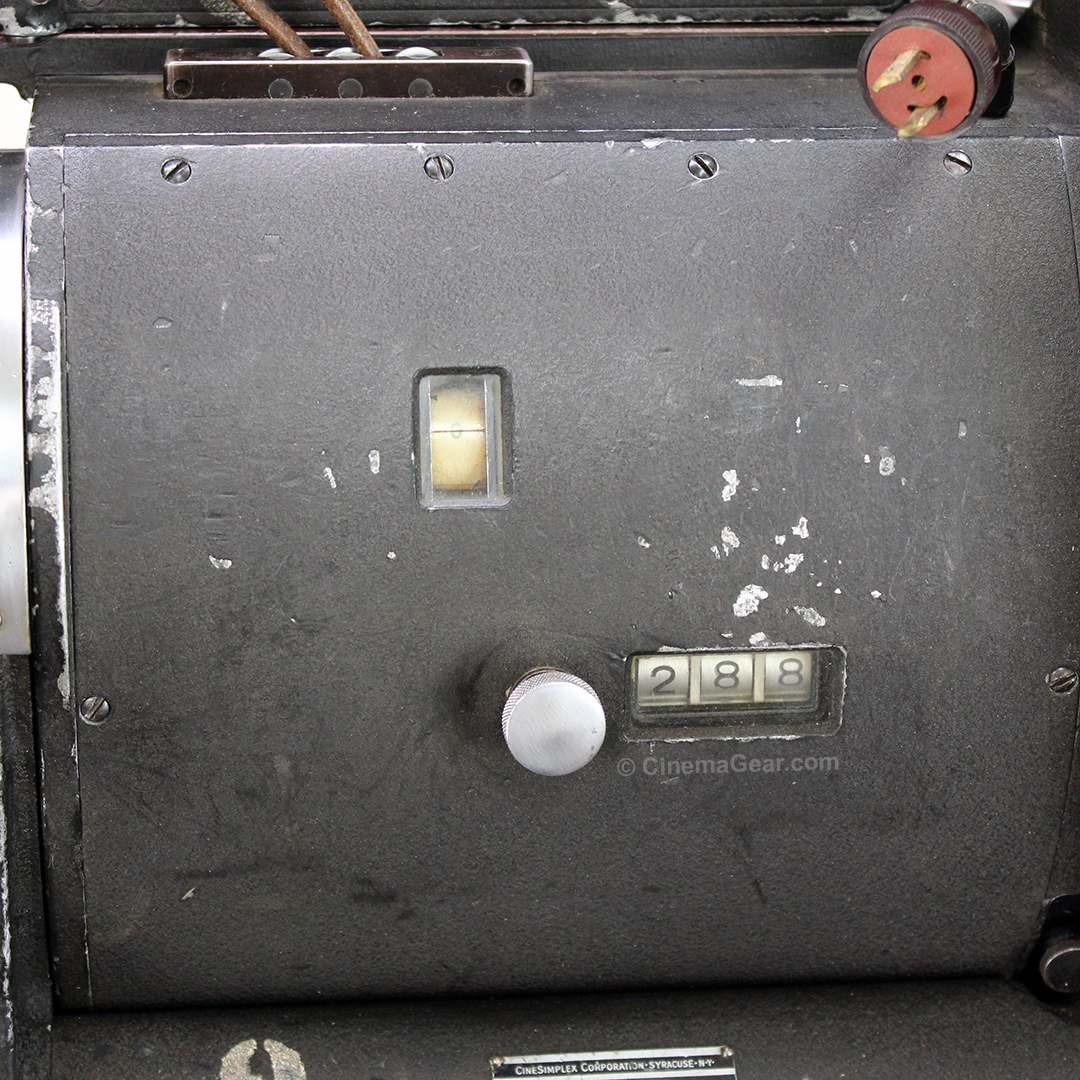 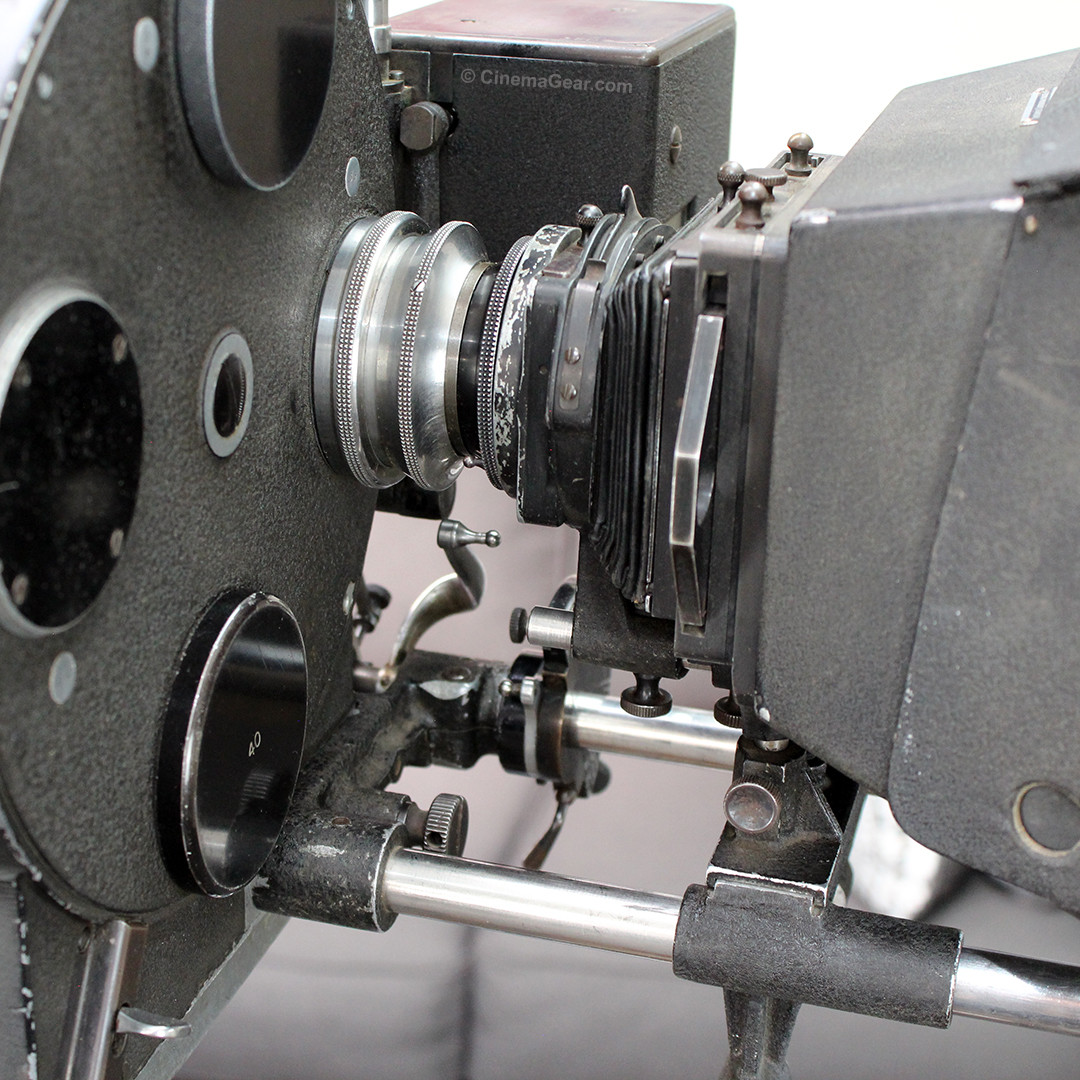 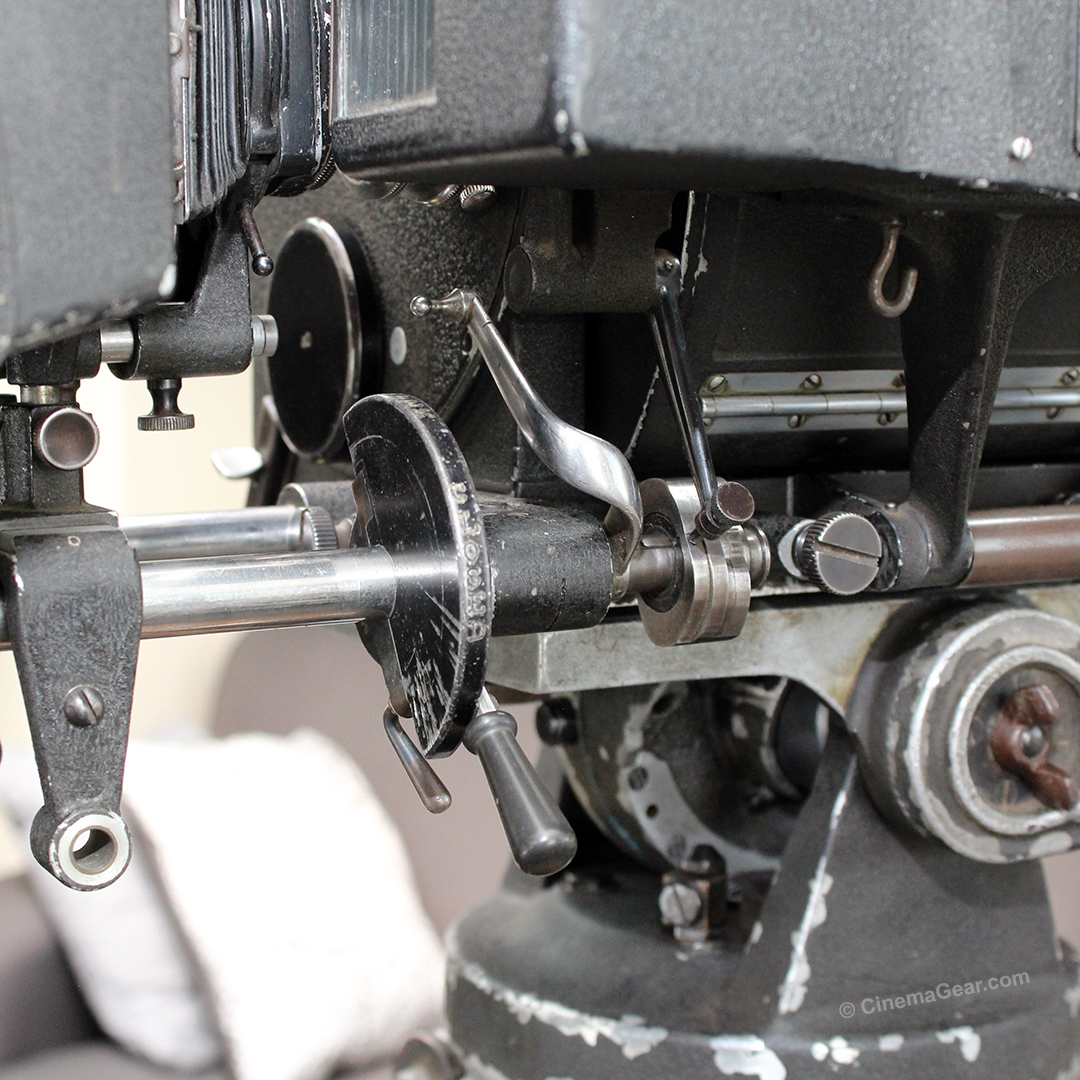 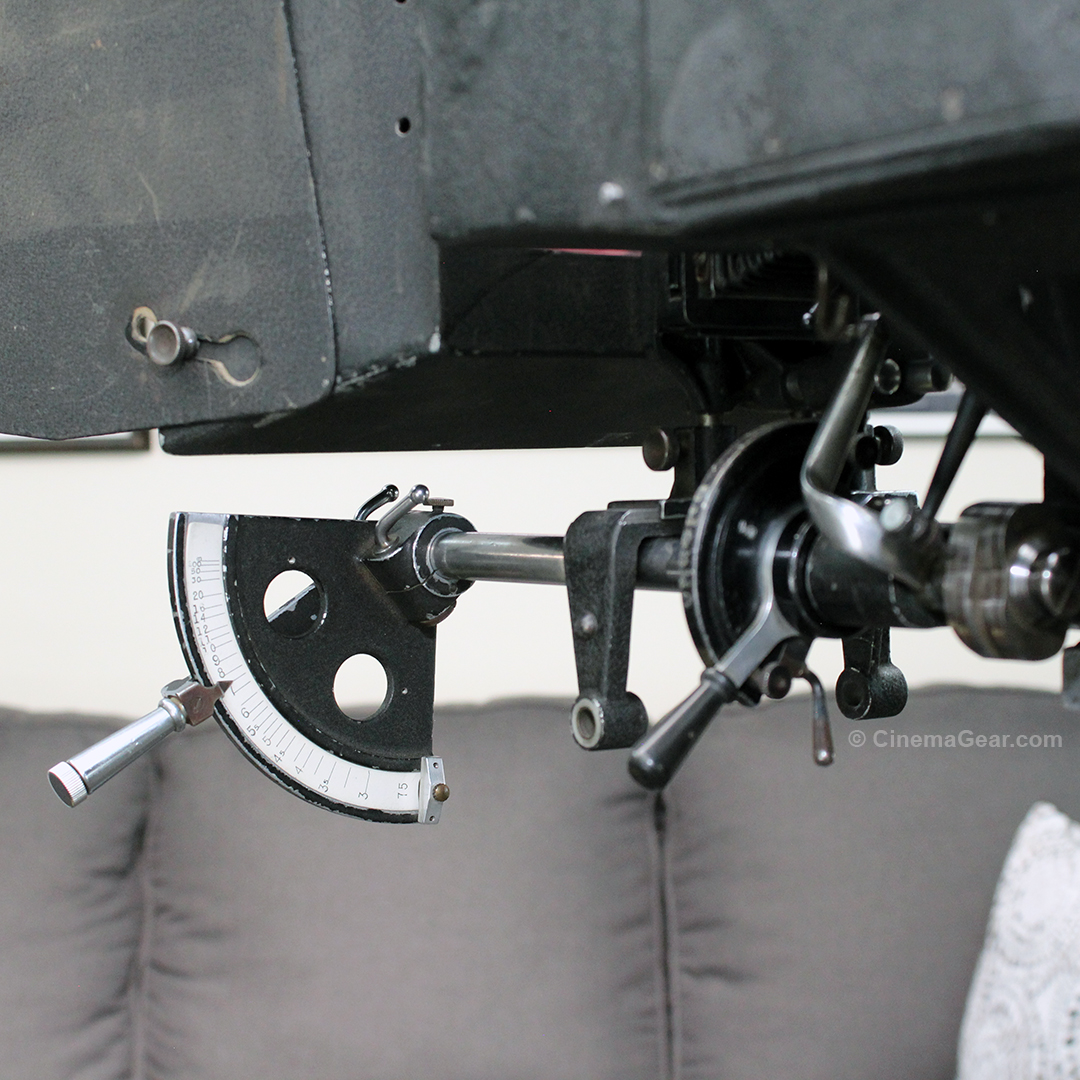 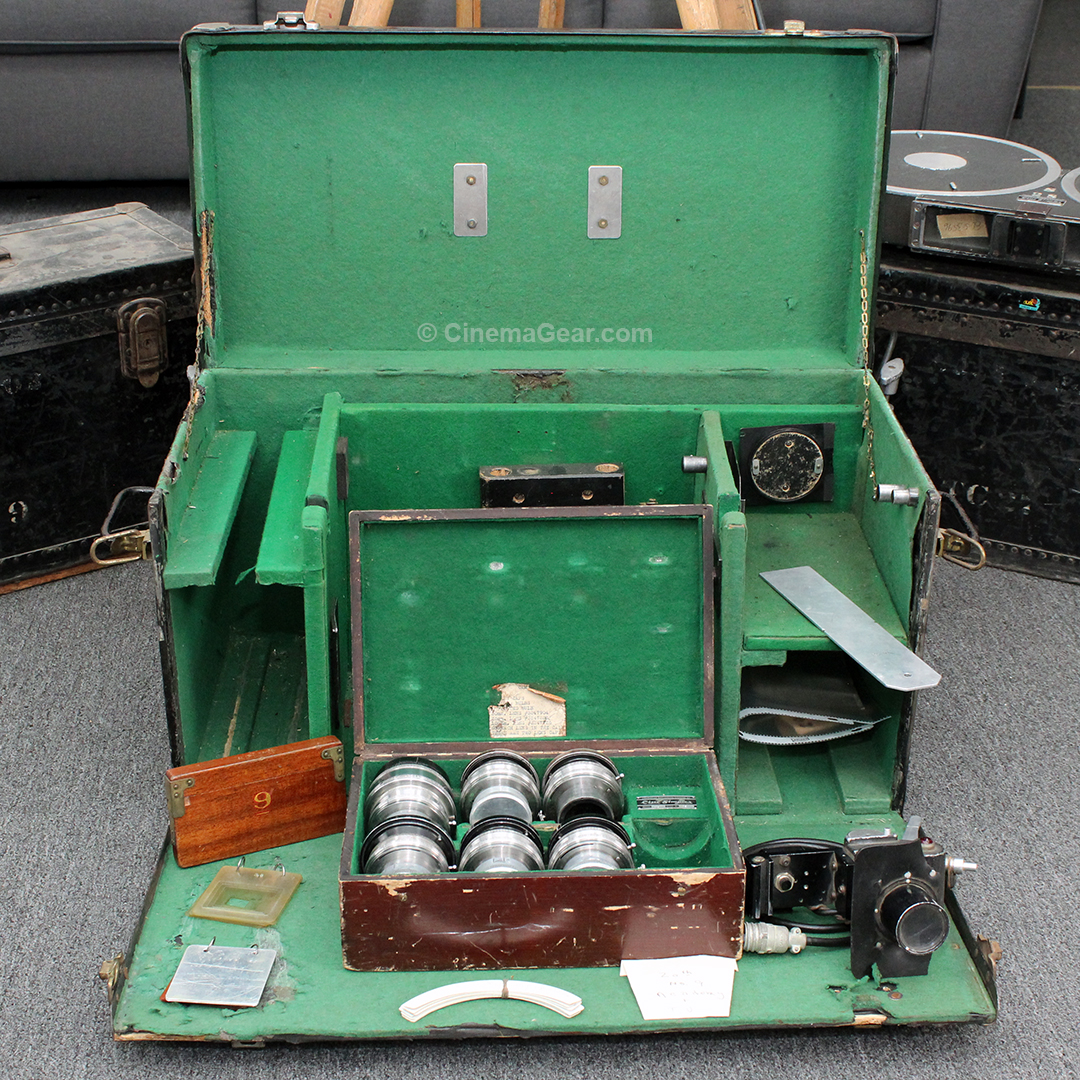