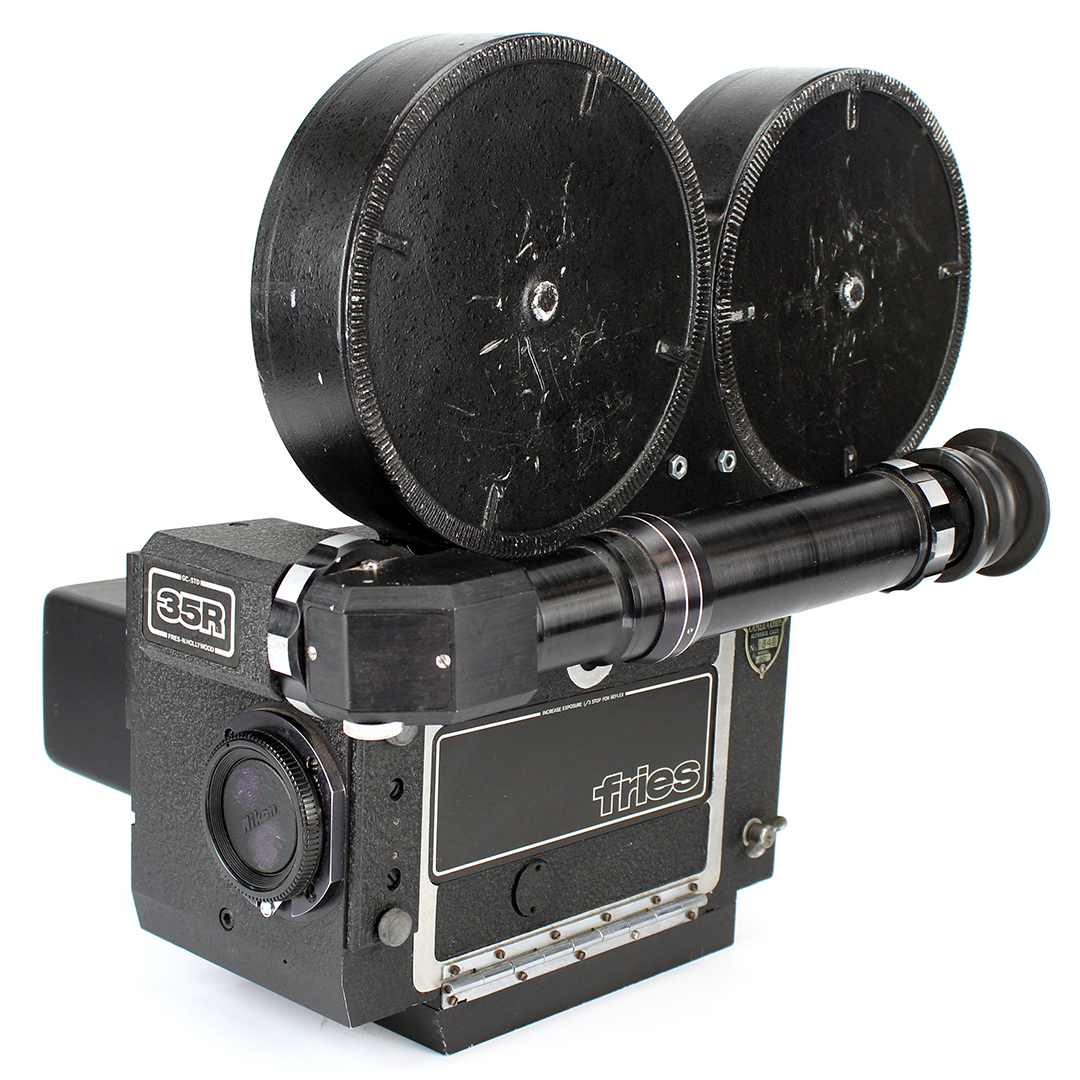 The Fries Mitchell 35R is one of the most reliable and compact high speed motion picture film production cameras ever made. Modified from an original Mitchell GC, this 35R's dual-pin registration and four-pin pull-down mechanism make for exceptionally steady images. This camera features a pellicle mirror reflex viewfinding system and is ideal for registered plate photography, second unit, and MOS production. This particular camera, serial number 1342, is in very good used condition. It features a pin registered ground glass assembly for precise visual effects line up, an orientable viewfinder, a Nikon lens mount, a Fries crystal motor, and one 400' magazine. Fries Mitchell 35R #1342 began its life as a Mitchell GC and was originally sold to Fort Huachuca in 1960.

Fort Huachuca is a U.S. Army base located in southern Arizona near the town of Sierra Vista. It was established as a military camp in 1870 and designated a Fort in 1882. The site was originally home to the 6th Cavalry under the command of Captain Samuel Marmaduke Whitside, and over the years has been home to the Buffalo Soldiers, as well as a number of Cavalry and Infantry regiments. At the end of World War II, the Fort was decommissioned and given to the state of Arizona. This lasted only a few years before the site was reactivated once again and came under the control of the Army Signal Corps who used it to test electronics and communications equipment. Fort Huachuca also became an early testing site for unmanned aircraft in the 1950’s, and remains one of the largest drone testing centers in the world today.

Fries Engineering was established in 1973 by Doug Fries, whose career includes stints at Librascope, Photosonics, Mitchell Camera Co., Film Effects of Hollywood, Todd A.O., Cinema Research, Stereovision, and Cinemobile, among others. Fries Engineering is most famous for its 35R and 35R3 conversions of Mitchell cameras, but Doug has a much more in-depth history of providing equipment and technology to almost every corner of the motion picture industry. Doug first became interested in photography and photographic equipment during his time in the Air Force as a photo interpreter. Through good friends like Ed DGiulio, John Jergens, Lin Dunn, and Hal Scheibe, Doug was able to hone his engineering skills before he started Fries Engineering. Other notable projects Fries Engineering worked on include 40 cameras for Aardman Animations, IMAX, underwater cameras for Jacques Cousteau, the Mitchell AP 65 camera for Todd A.O., the Fries Directors Finder, and scratch-built Fries 435 cameras. 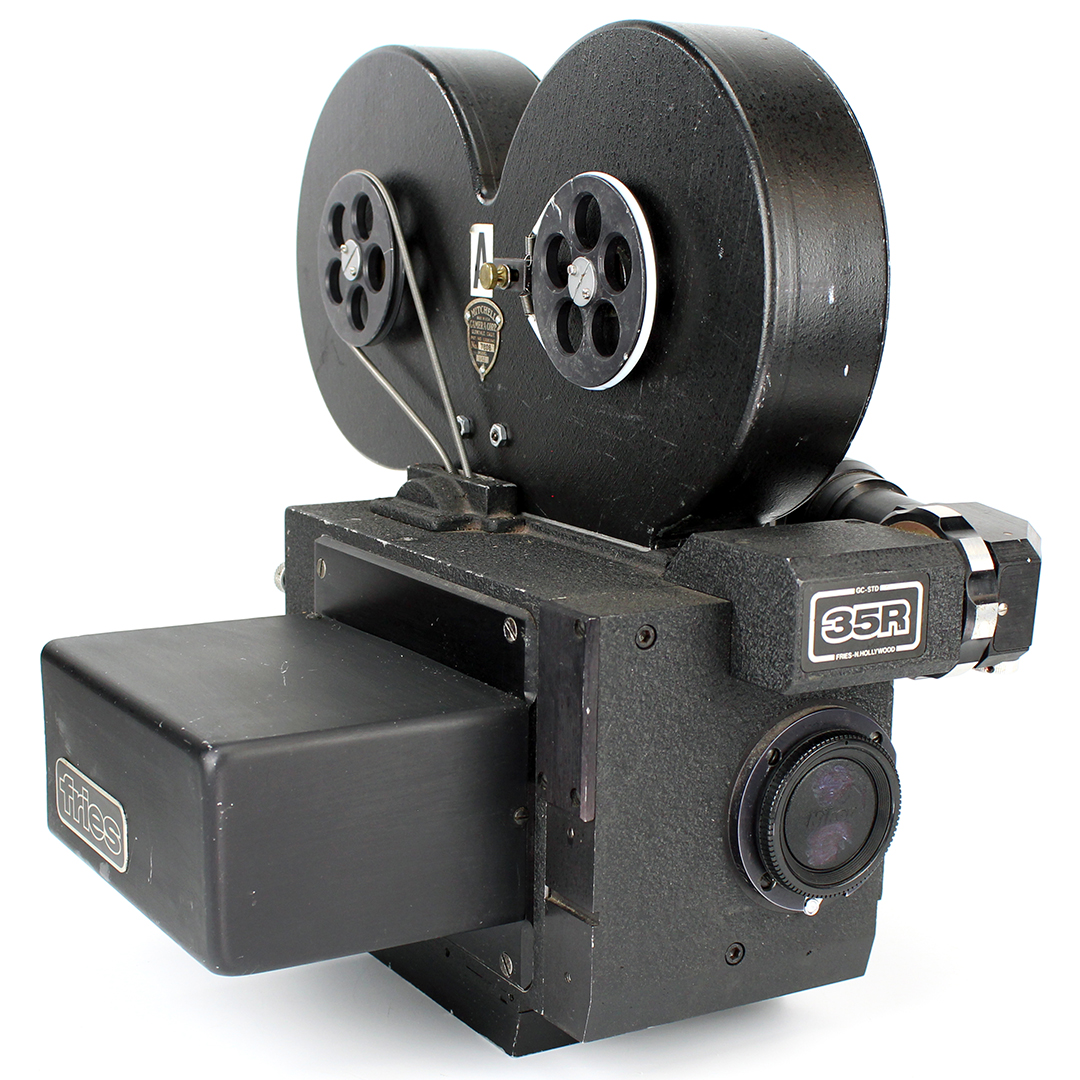 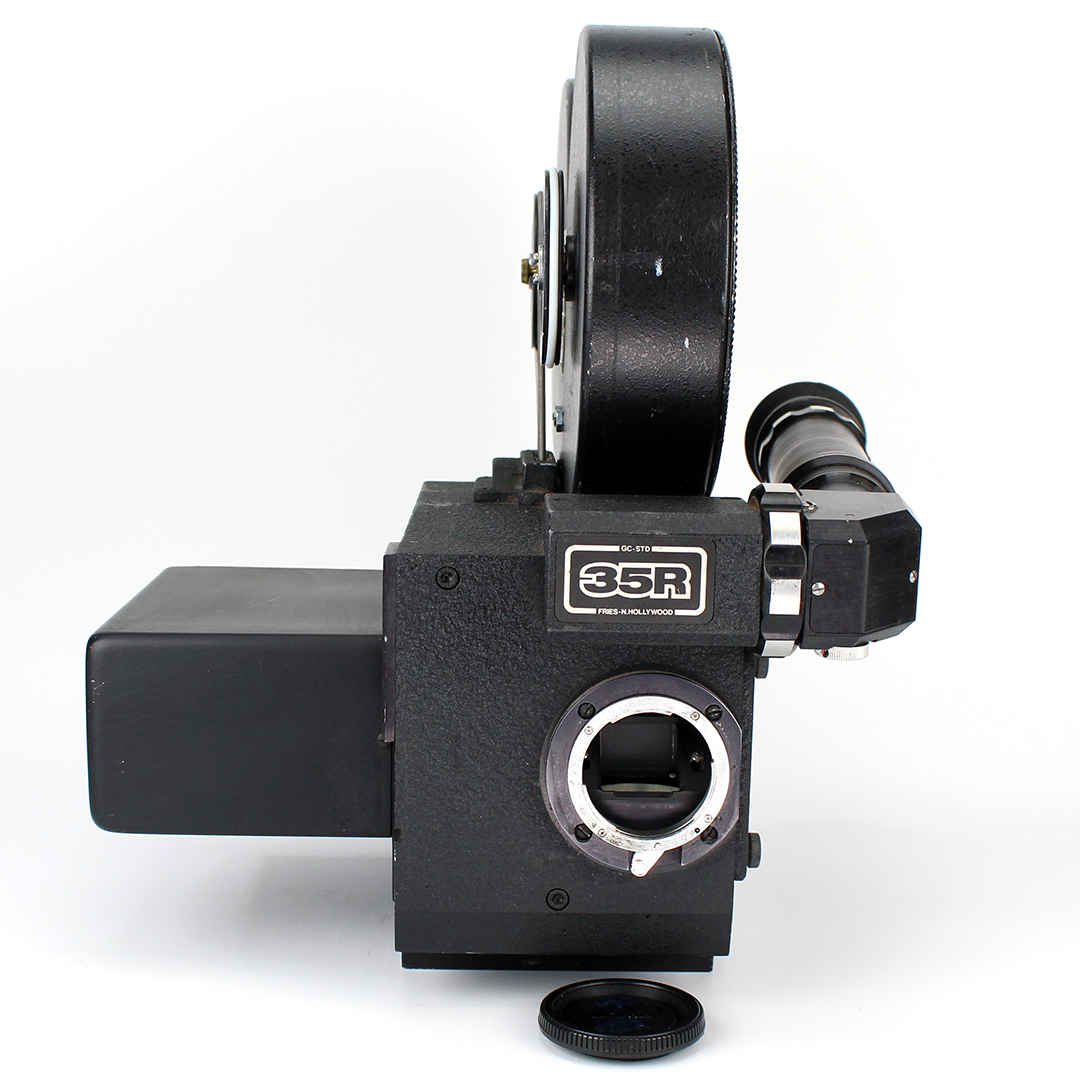 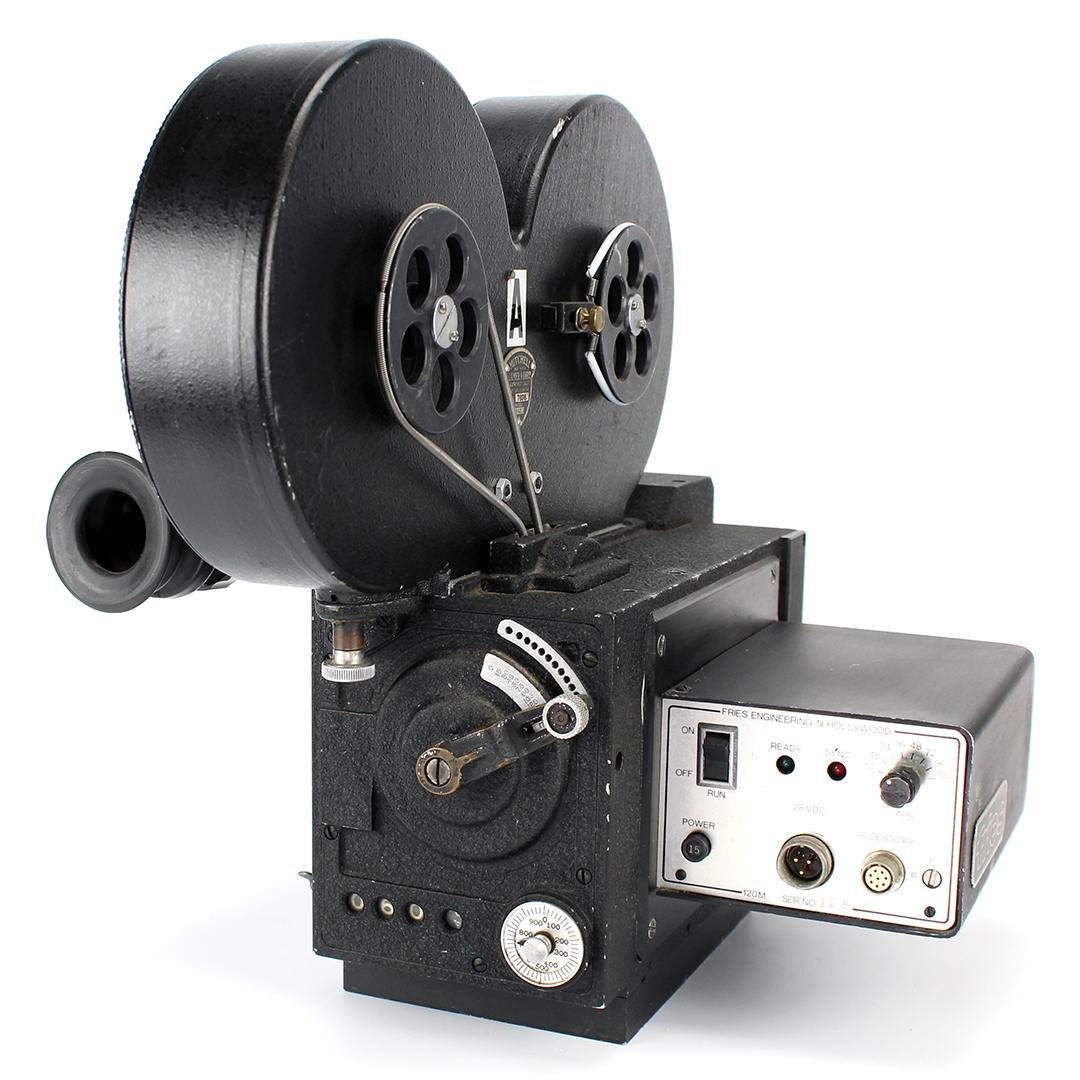 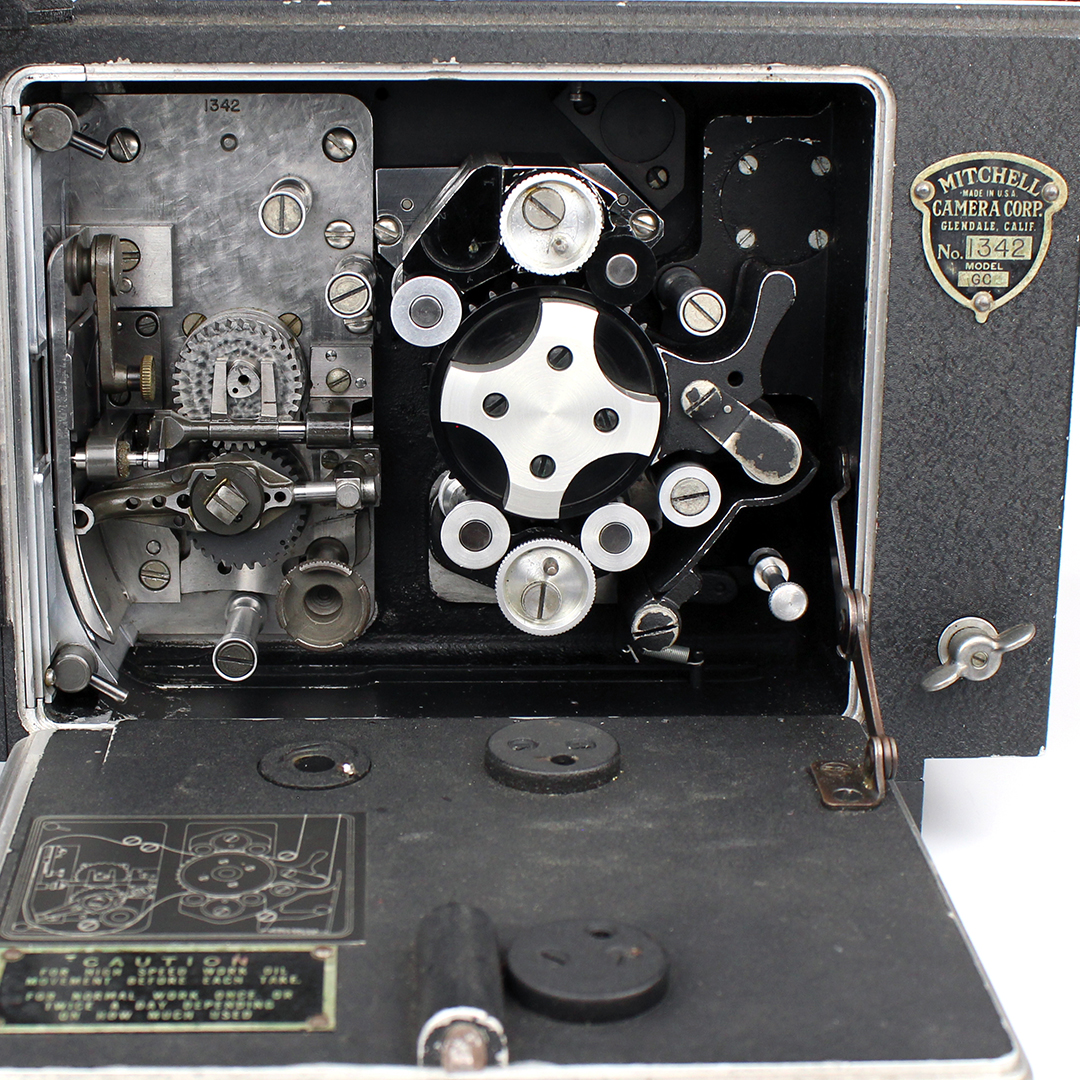 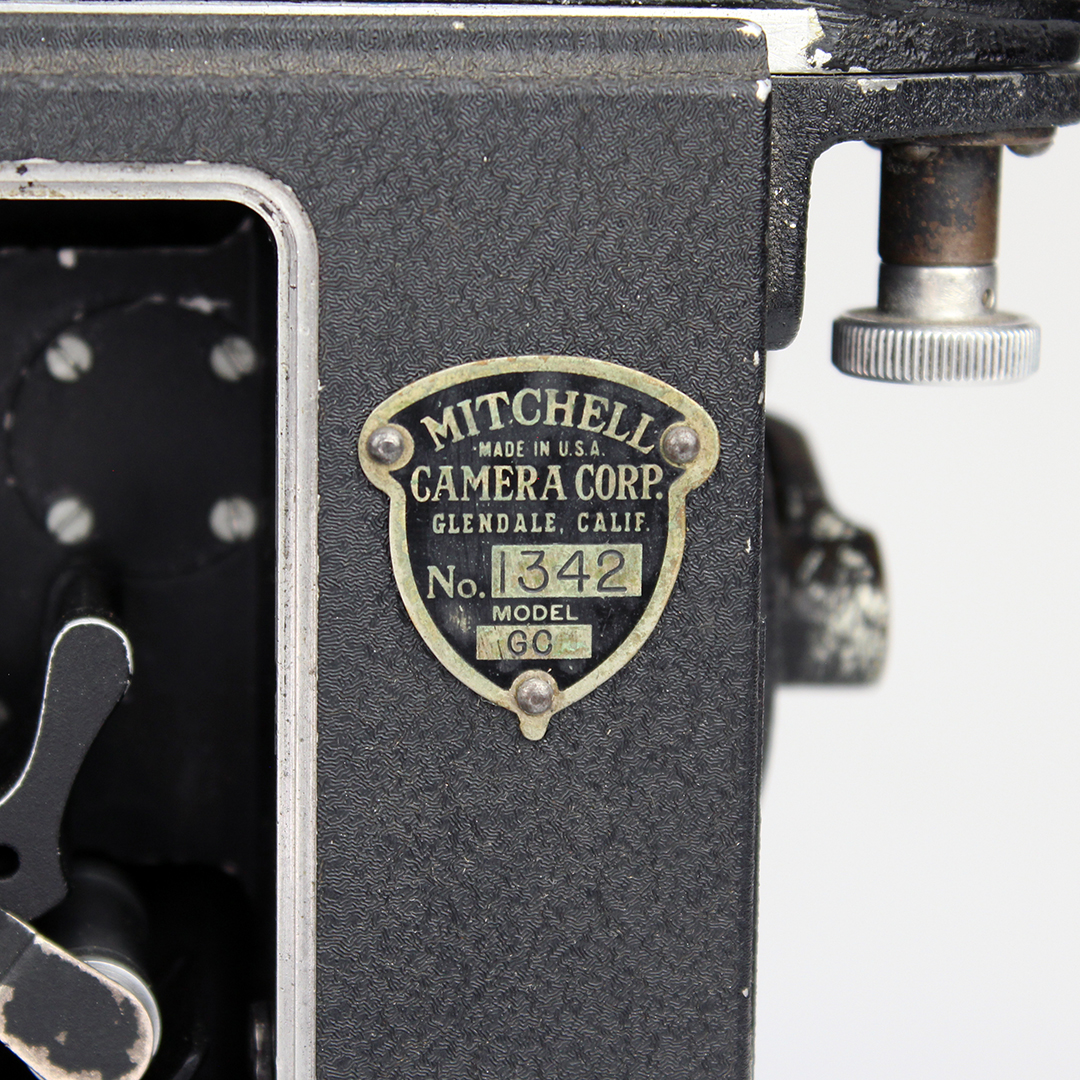