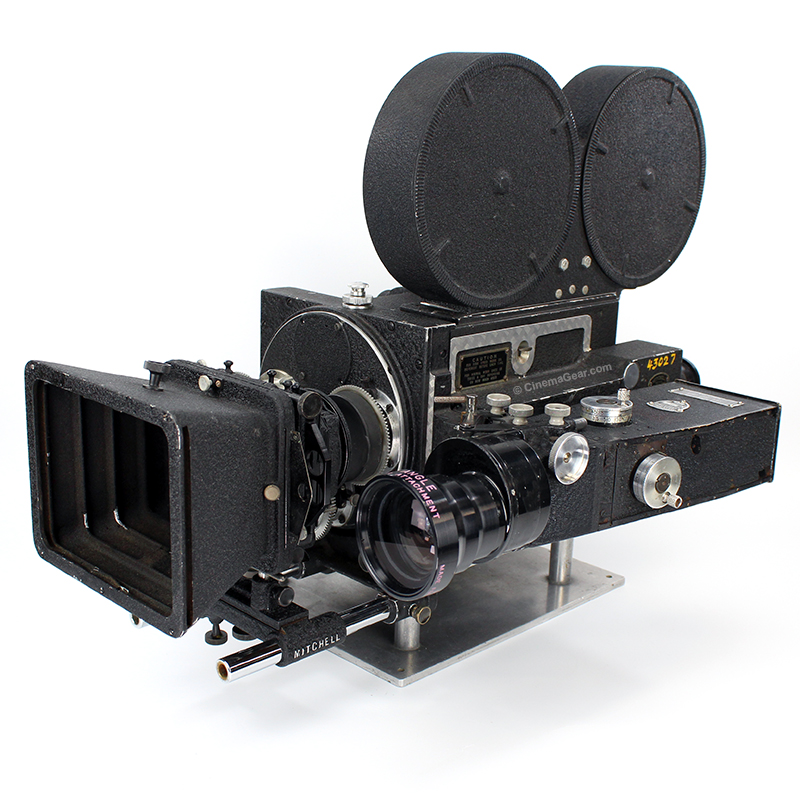 Mitchell GC #1032 was originally sold to the United States Army Aberdeen Proving Ground on August 11, 1953. Located just outside of the city of Aberdeen, Maryland, the Aberdeen Proving Ground was established by an act of Congress in 1917 as the United States prepared to enter World War I. They began testing field artillery weapons, ammunition, trench mortars, air defense guns, and railway artillery in January 1918. After the war, Aberdeen’s peacetime mission shifted to research and development.

In 1941, the Ballistic Research Laboratory was opened to conduct testing and experiments in ballistics and fire control. Aberdeen’s most important development during the World War II period was the Electronic Numerical Integrator and Calculator, or ENIAC, the world’s first digital computer. Through the following decades, Aberdeen Proving Ground has remained a leader in research and development for the U.S. Army. Today, APG is recognized as a world leader in research, development, testing, and as an evaluation facility for military weapons and equipment, as well as supporting military and civilian scientists, engineers, technicians, and administrators.

Beginning in the early 1940’s, Mitchell introduced two chronograph versions of their GC camera that incorporated more scientifically oriented instrumentation for use by the aircraft and missile industries. There are two versions of the Mitchell Chronograph, the Type A and Type B, designed in collaboration with the U.S. Navy. Both versions record an image of a clock face (or other scientific instrumentation) and the main subject on each film frame. The Type A design seen on this camera makes use of an auxiliary lens built into the camera door that focuses the chronograph image onto the film through a secondary fixed shutter on the movement to a prism mounted in the movement’s pressure plate. The clock face image is then recorded on the emulsion through the base of the film. These chronograph cameras were used mainly by the military to document testing of various weapons systems and aircraft.

Mitchell GC #1032 comes complete with a 400’ magazine, a Mitchell sidefinder, a Mitchell matte box, a peanut motor, and 3 Baltar lenses. The riser plate is shown for demonstration purposes only and is not included. 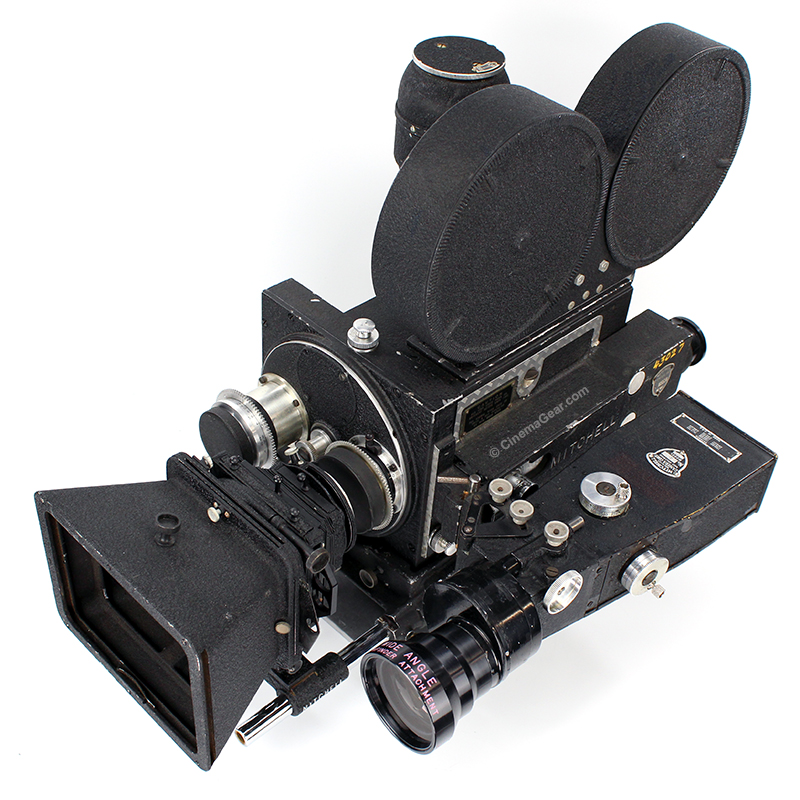 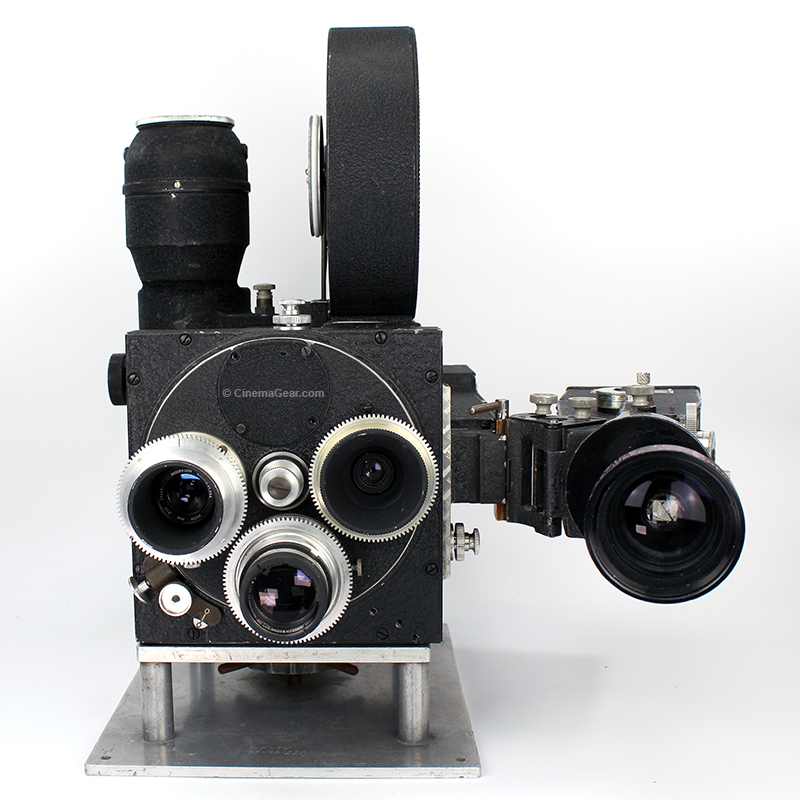 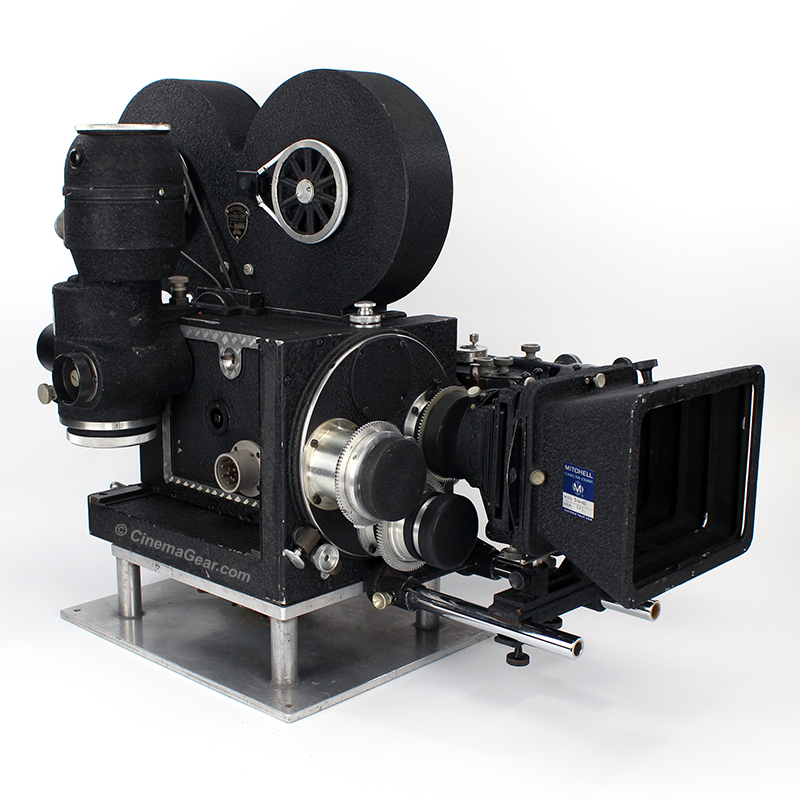 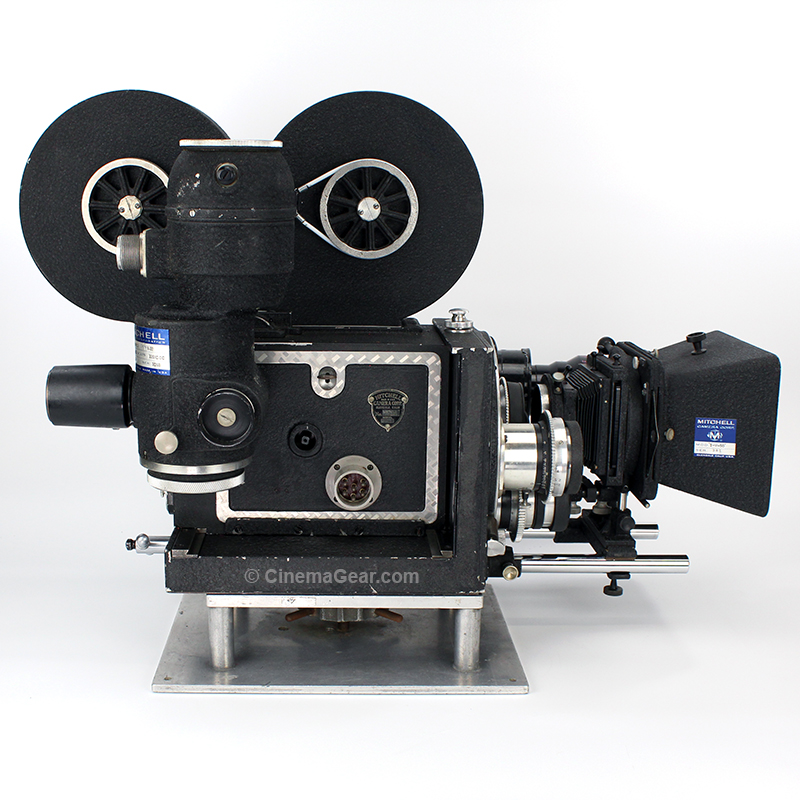 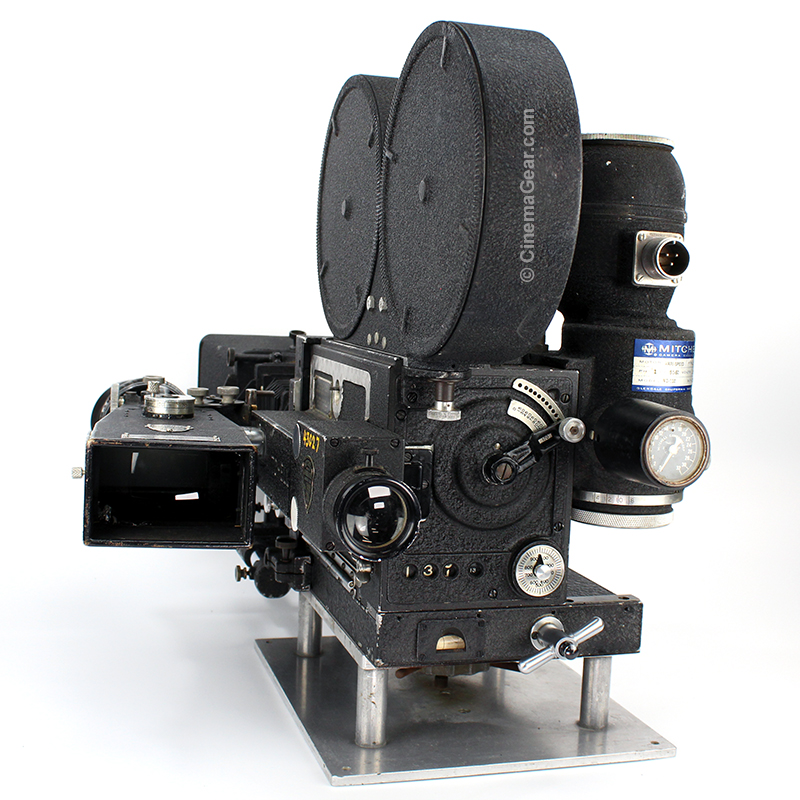 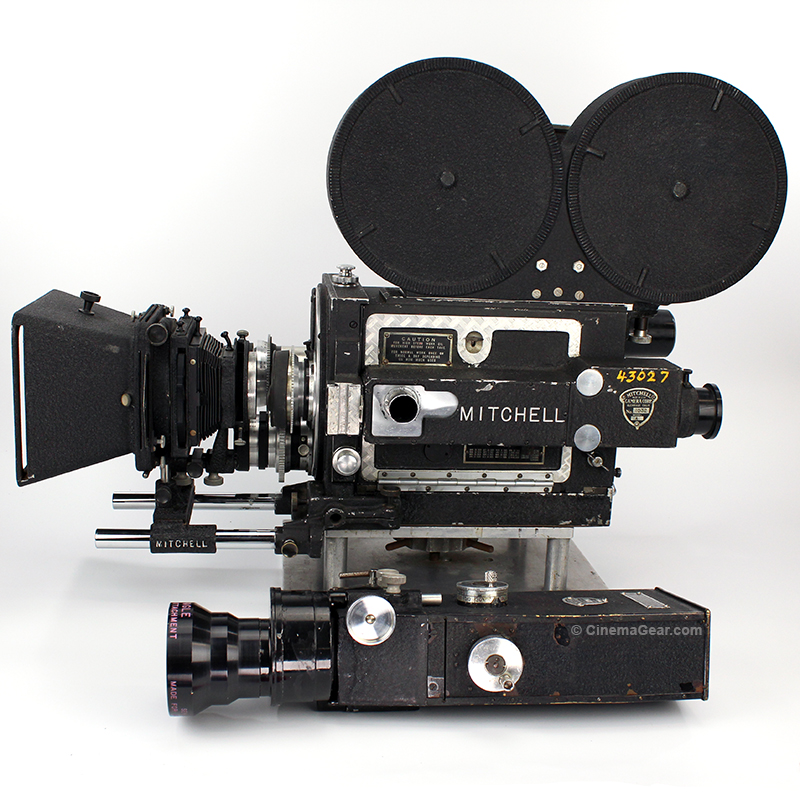 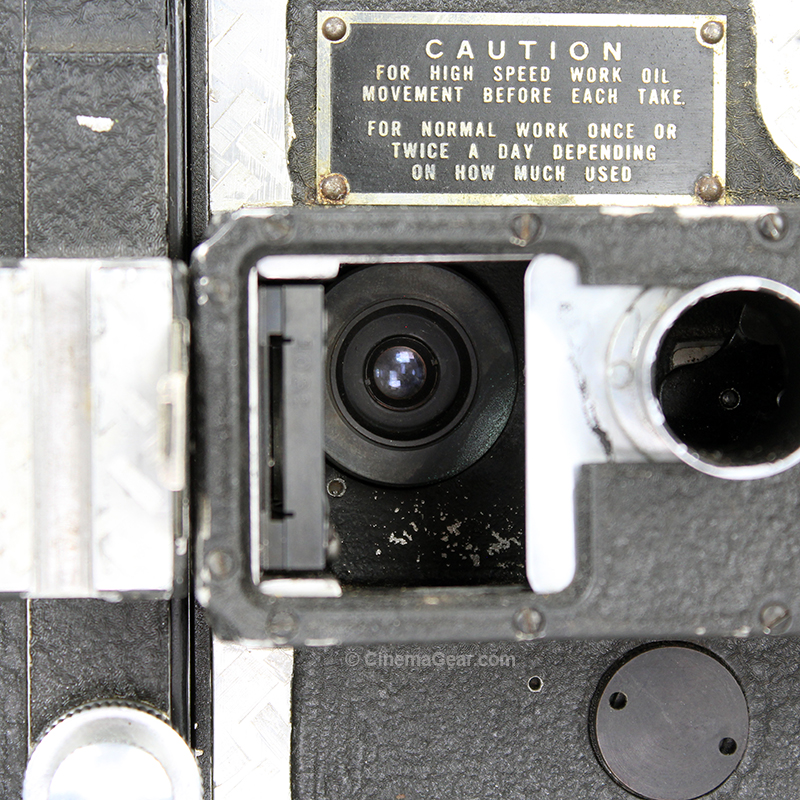 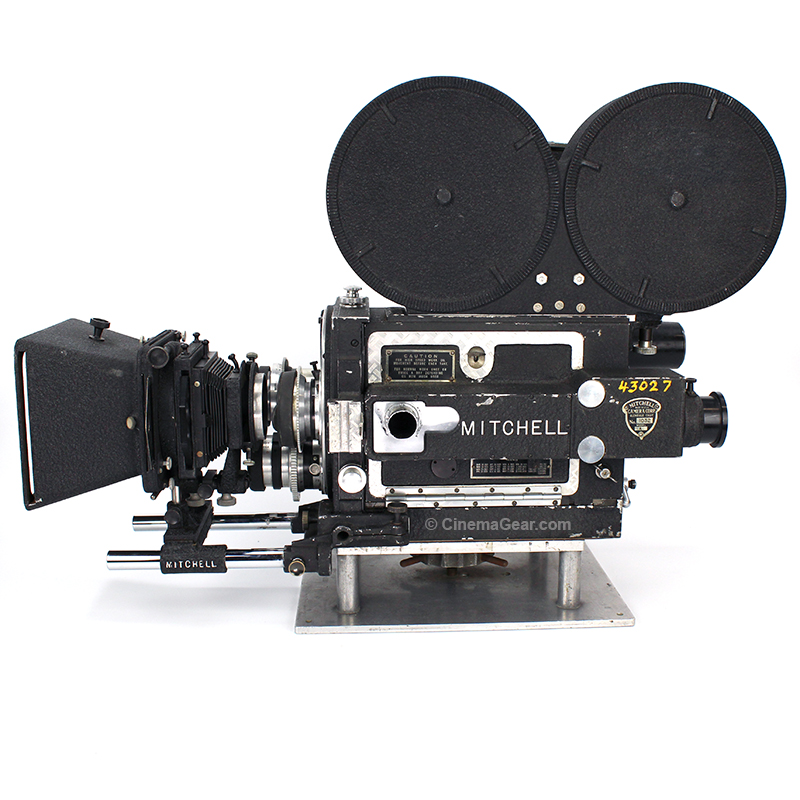 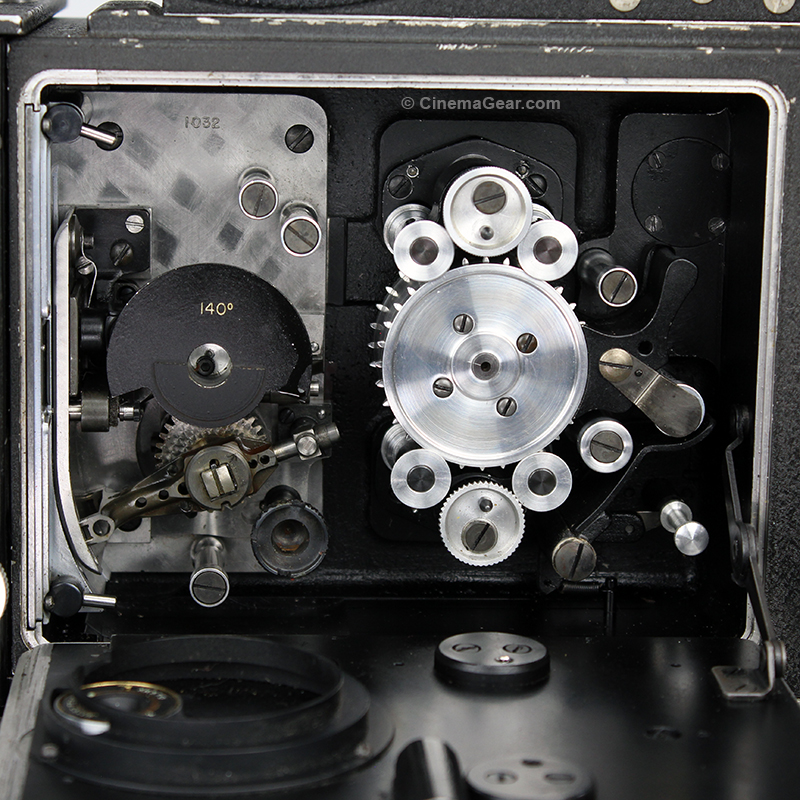 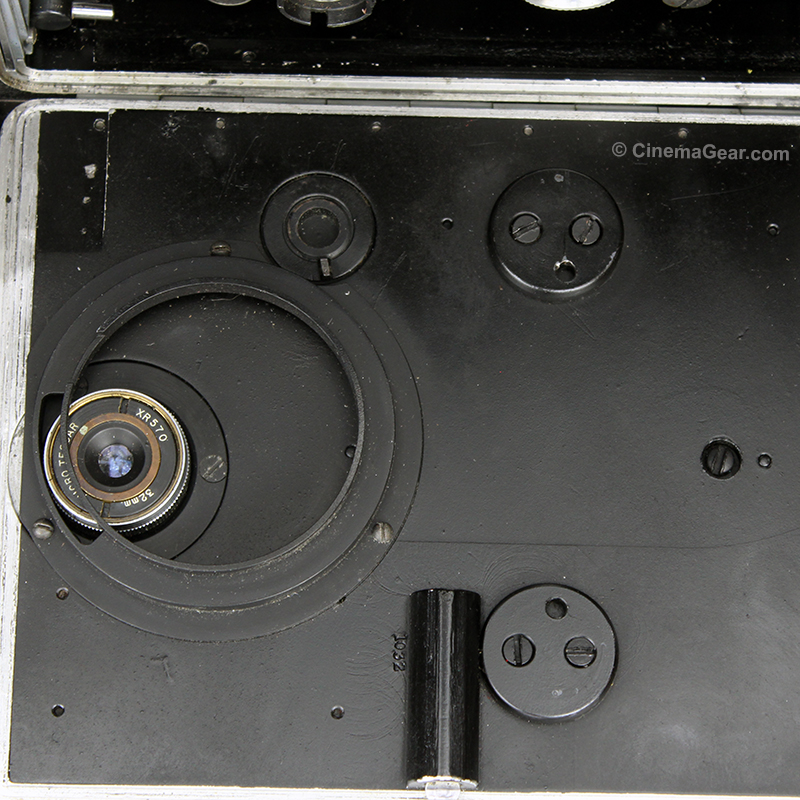 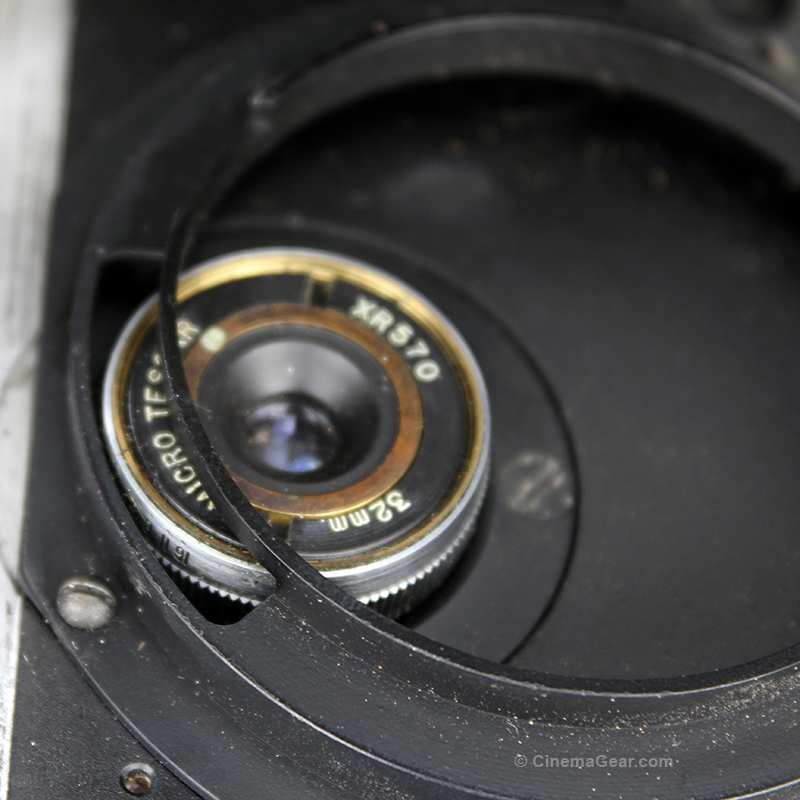