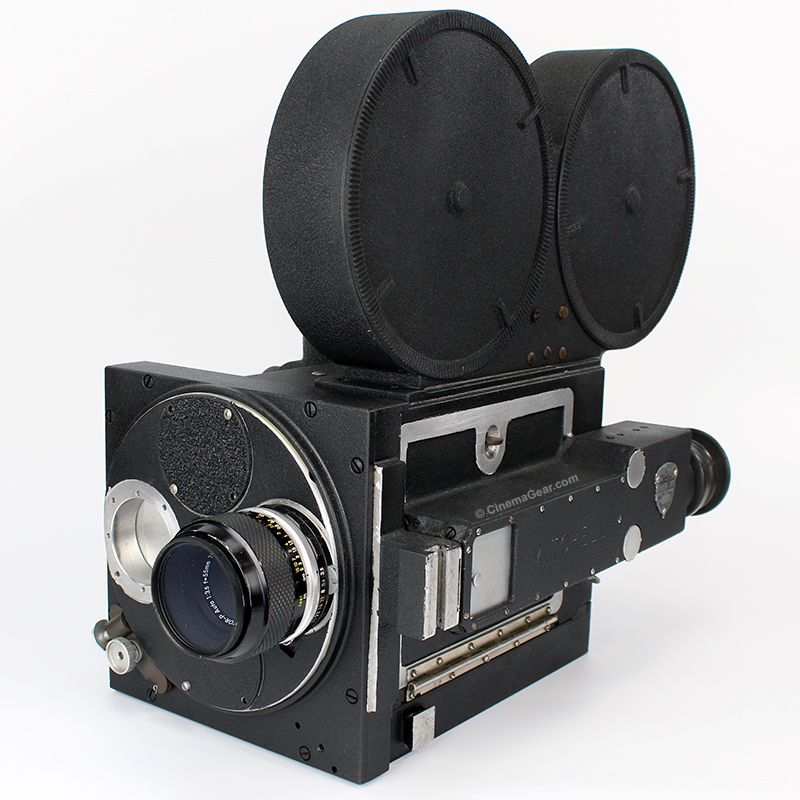 Mitchell GC #763 was originally sold to Holloman Air Force Base in New Mexico on December 30, 1948. Holloman Air Force Base served as the primary site for the testing and development of pilot-less aircraft, guided missiles, and other related research programs after World War II. In 1968, Holloman became the home of the 49th Tactical Fighter Wing. The 49th worked with the F4-Phantom II, the F-15 Eagle, and the 117A Nighthawk. Today they continue their work with the F-22 Raptor.

This camera has been cleaned, serviced, and repainted in our facility. Before the camera was completely restored, it was used on several TV shows and movies that I worked on. The Nikon lens mount was added at that time for use in special visual effects shots. The camera comes with a 400’ magazine, and a peanut motor. The Nikon lens is shown for demonstration purposes only. 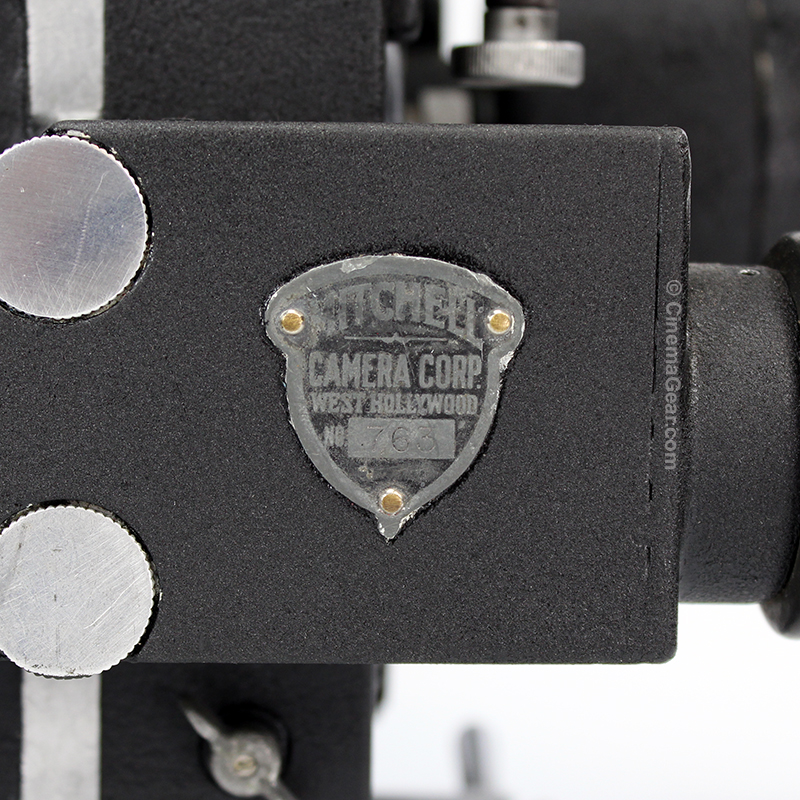 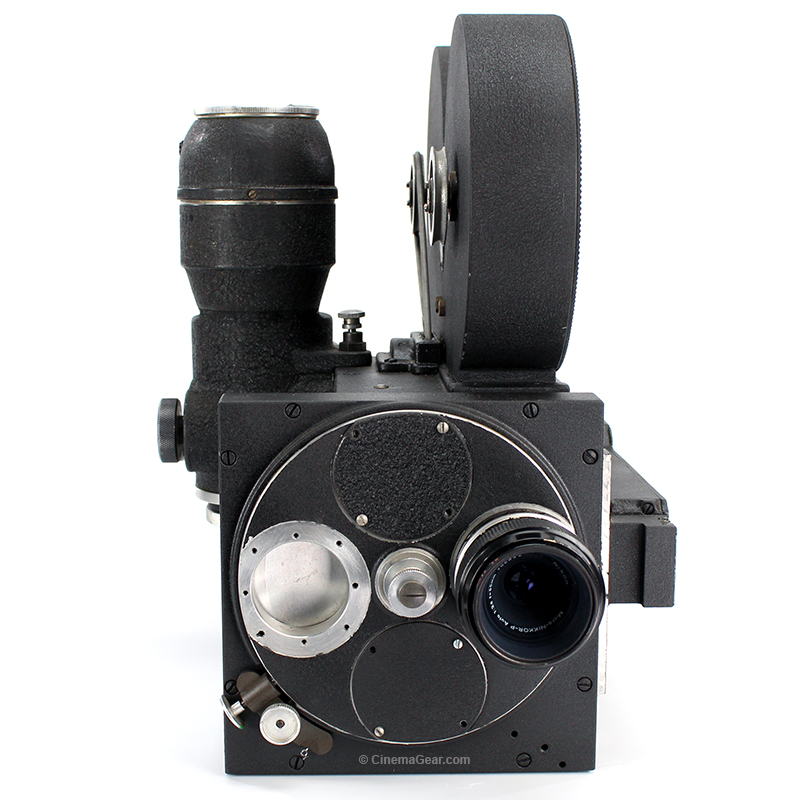