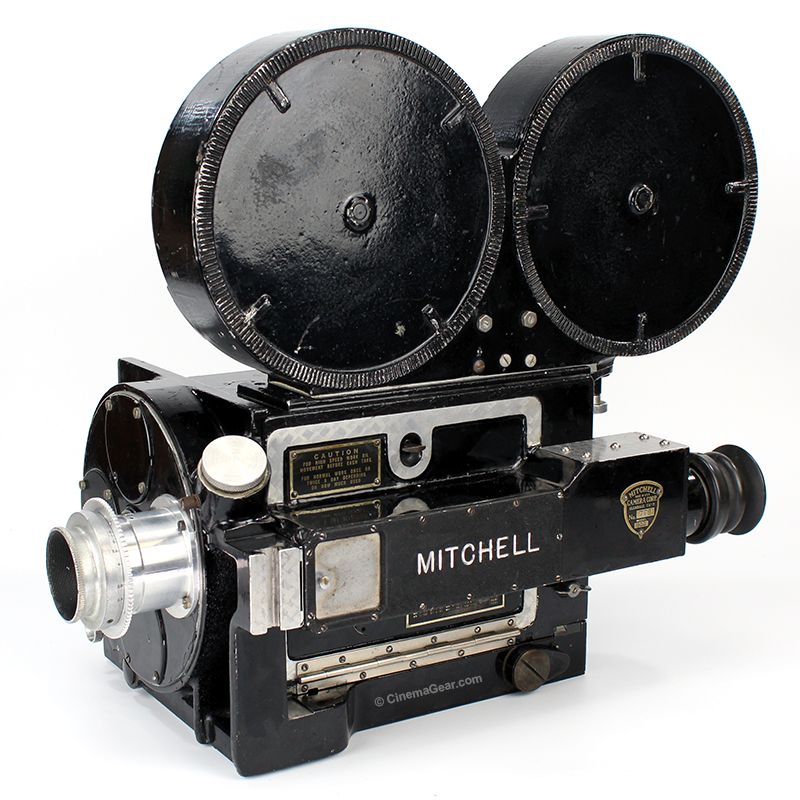 Mitchell GC #779 was originally sold to the United States Navy as a Chronograph Type B on June 22, 1949. We acquired this camera from the estate of Gunnar Blanke, a filmmaker from the Denver, Colorado area. Upon arrival in our shop, the camera was found to be missing its flywheel. The previous owner was using the camera for time-lapse photography, and it is common for flywheels to be removed for this type of work. Fortunately, we were able to machine and balance a replacement flywheel so the camera is complete again. Mitchell GC #779 has been fully cleaned and serviced, and is offered with a 400’ magazine, a Mitchell peanut motor, and a Baltar lens (Chronograph Housing is not included).

Beginning in the early 1940’s, Mitchell introduced two chronograph versions of their GC camera that incorporated more scientifically oriented instrumentation for use by the aircraft and missile industries. There are two versions of the Mitchell Chronograph, the Type A and Type B, were designed in collaboration with the U.S. Navy. Both versions record an image of a clock face (or other scientific instrumentation) and the main subject on each film frame. The Type B design seen on this camera makes use of an auxiliary port that is built into the Rackover L base. This design used a separate Chronograph housing that transmits an image of a clock face onto the film as the main subject is being photographed. These chronograph cameras were used mainly by the military to document testing of various weapons systems and aircraft. 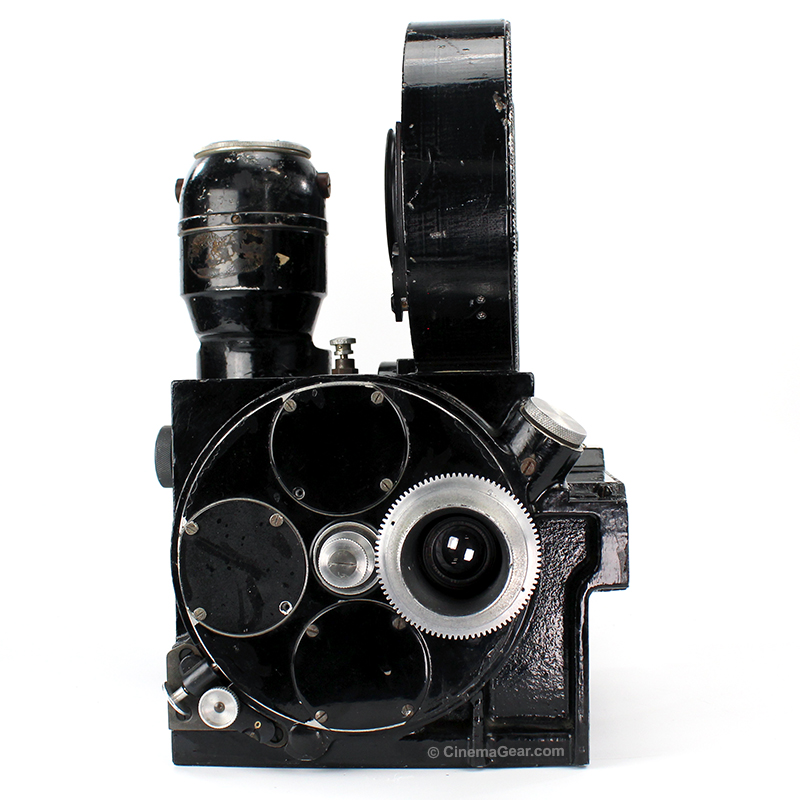 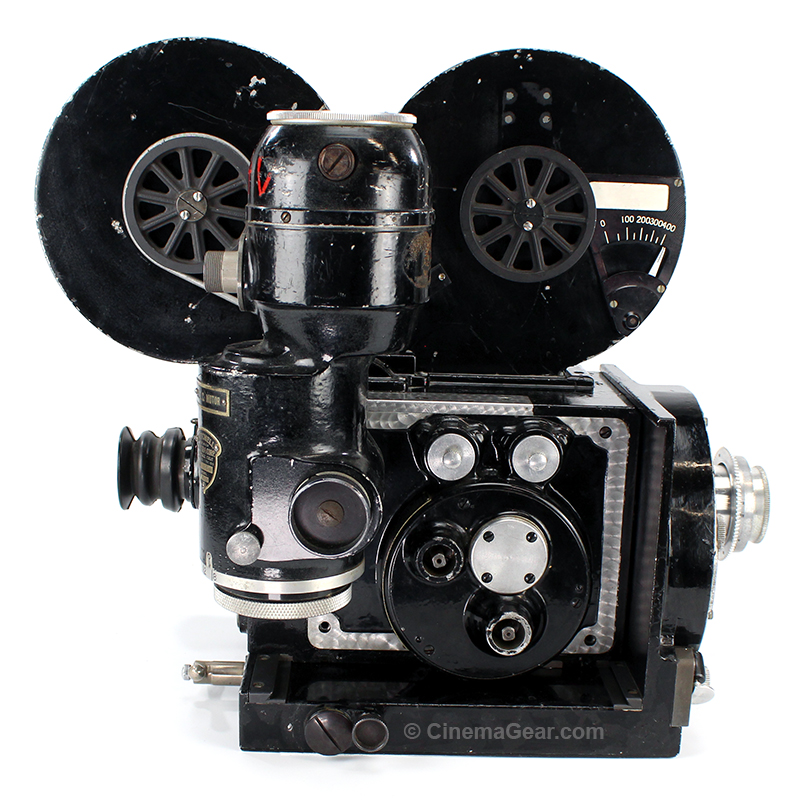 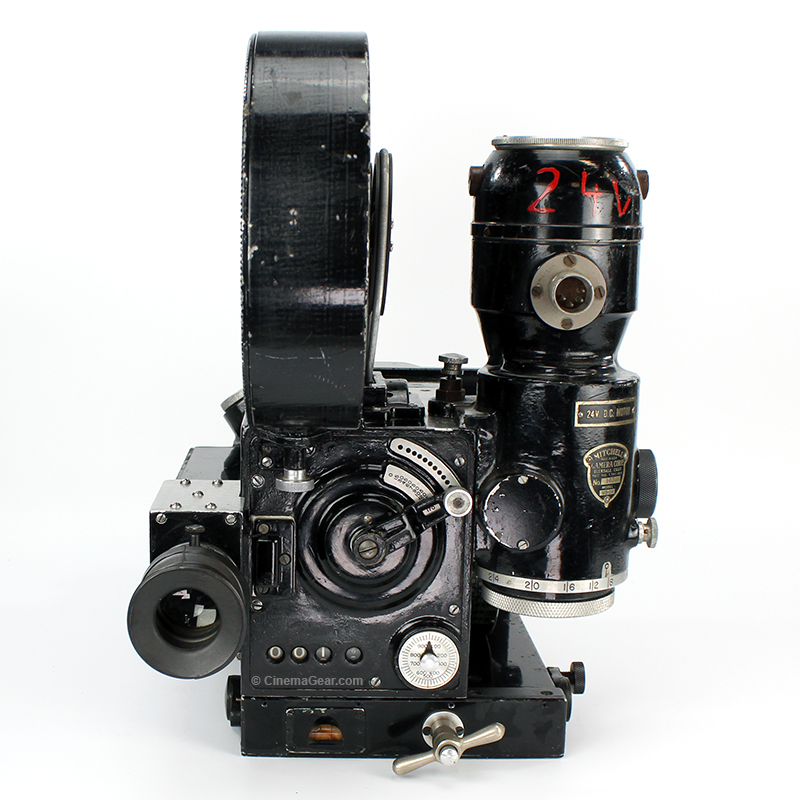 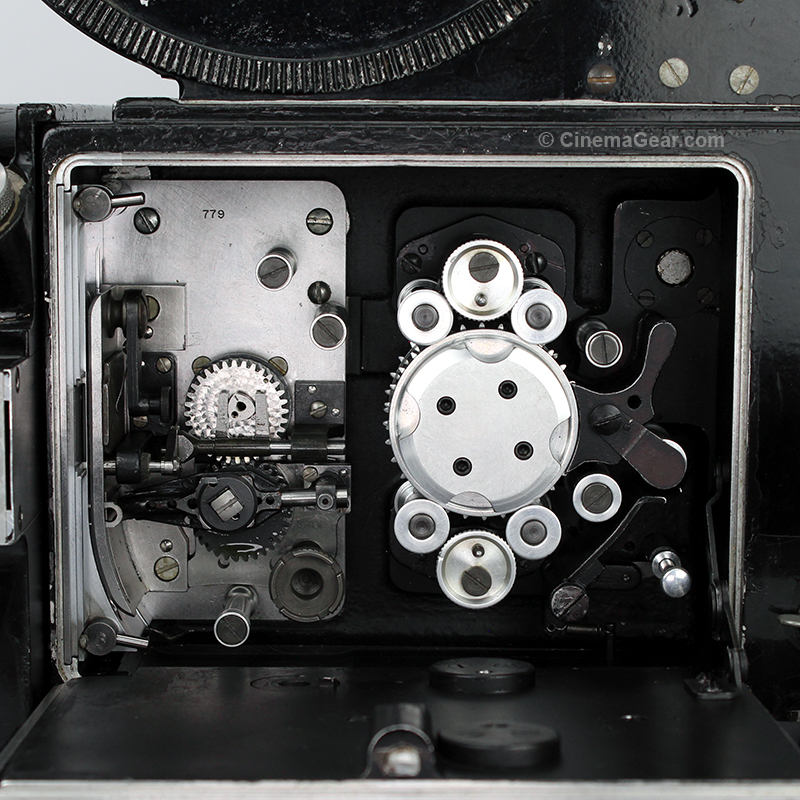