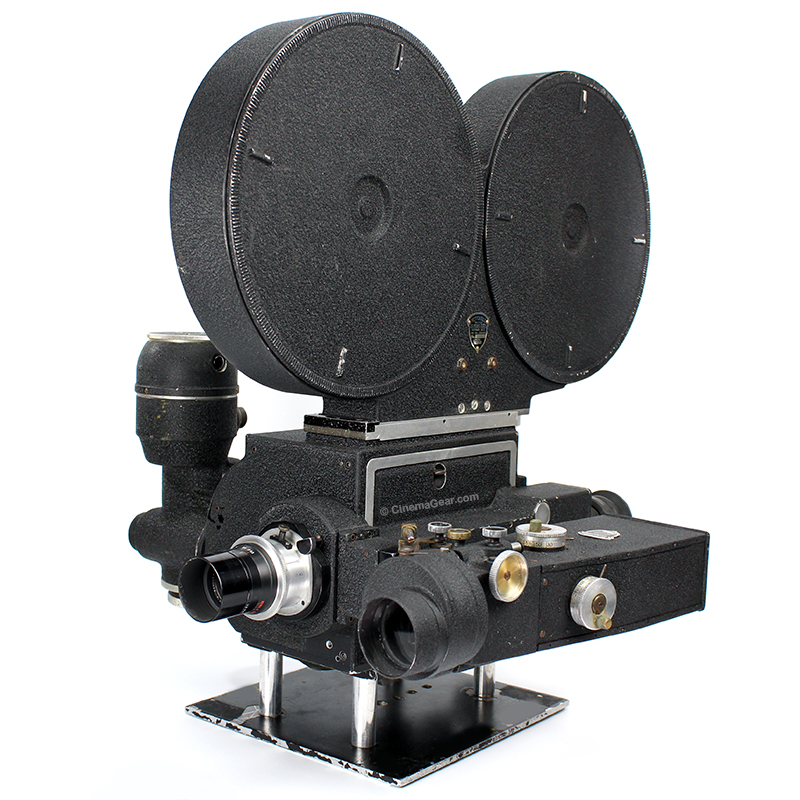 Mitchell NCR #345 was originally purchased on May 28, 1946 by Associated Filmakers Inc. Associated Filmakers Inc. was a producer of commercial, industrial, and educational films based out of New York and founded by Stanley Neal. In 1947 they added an office in Los Angeles to better serve their west coast clients. For a time in 1946, while working on building a large multi-stage studio and sound production facility in Yonkers, New York, they changed their name to Colonial Pictures Corporation. What became of their studio project remains unclear, and the name change doesn’t seem to have lasted, as advertising for Associated Filmakers Inc. continues into the early 1950’s.

This is a unique early reflex conversion that still utilizes the Mitchell Standard lens mount. We are not sure who did the reflex conversion, but it looks similar to the conversions done by Camera Equipment Company. The camera comes complete with one 1000’ Mitchell (Glendale) NC magazine, a Mitchell (West Hollywood) sidefinder, and a Mitchell (Glendale) peanut motor with NC motor adapter door. NCR #345 also comes with two Baltar lenses . (The riser plate is shown for demonstration purposes only and is not included.)

In 1932, as sound films took over the industry, and in an effort to reduce the operating noise of their cameras, Mitchell introduced a new model called the NC, or “Newsreel Camera”. Originally designed for the Westinghouse Corporation, the NC represents a significant change in the design of the film transport and shutter drive mechanisms from those on the earlier Mitchell Standard. The NC features a series of eccentrics and levers that work together to transport the film. Commonly referred to as the compensating link movement, it eliminated the gears and cams that operated the pull-down claw and registration pins found in the Standard camera, replacing them with eccentrics. While not completely silent, the NC was a marked improvement over the Standard in terms of camera noise. Both the Standard/GC and NC models were manufactured concurrently through the 1970’s.

In 1932, as sound films took over the industry, and in an effort to reduce the operating noise of their cameras, Mitchell introduced a new model called the NC, or “Newsreel Camera”. Originally designed for the Westinghouse Corporation, the NC represents a significant change in the design of the film transport and shutter drive mechanisms from those on the earlier Mitchell Standard. The NC features a series of eccentrics and levers that work together to transport the film. Commonly referred to as the compensating link movement, it eliminated the gears and cams that operated the pull-down claw and registration pins found in the Standard camera, replacing them with eccentrics. While not completely silent, the NC was a marked improvement over the Standard in terms of camera noise. Both the Standard/GC and NC models were manufactured concurrently through the 1970’s. 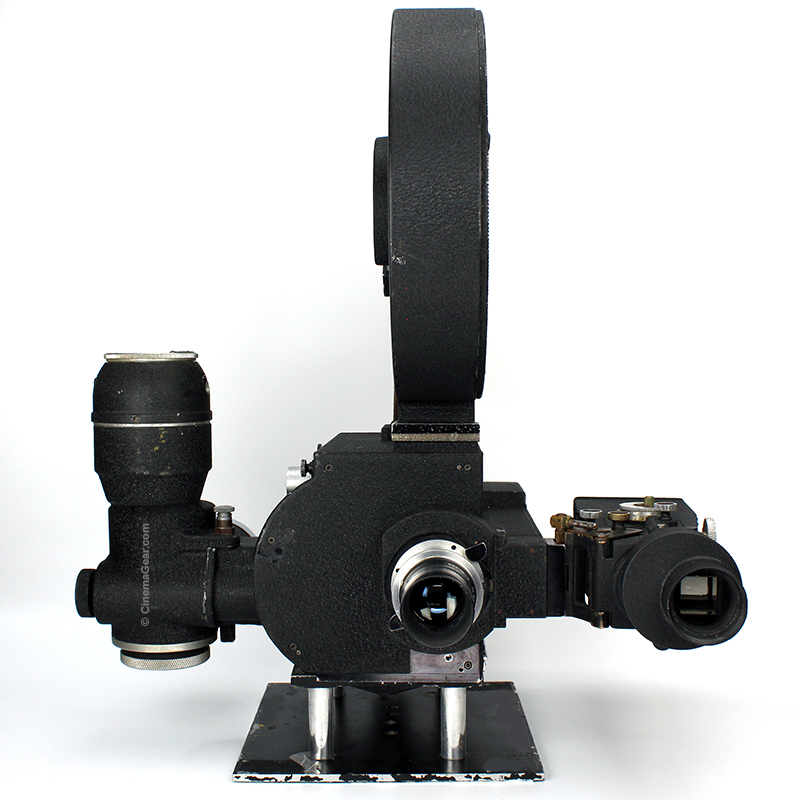 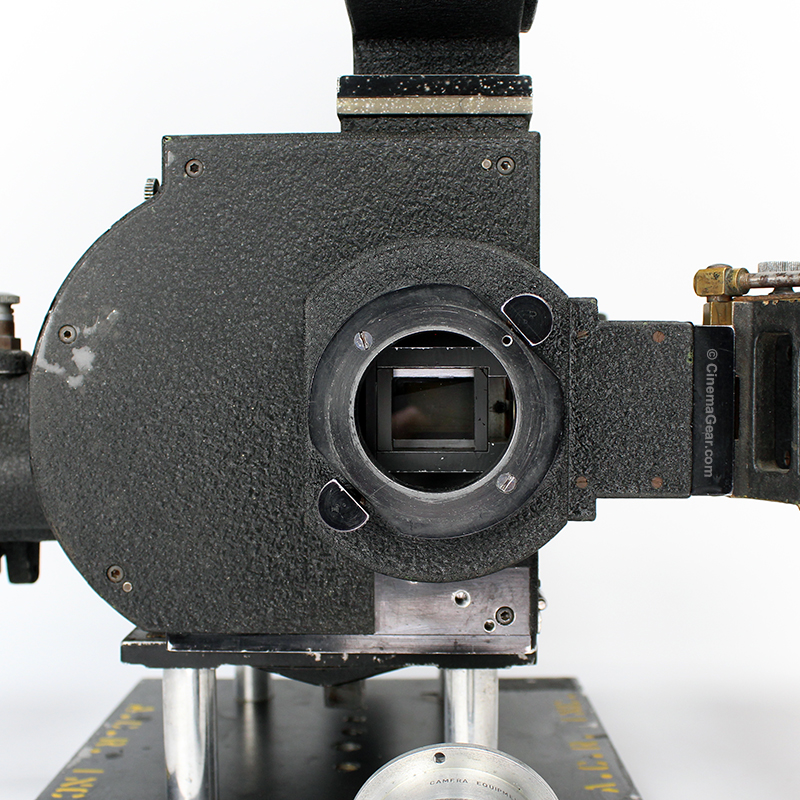 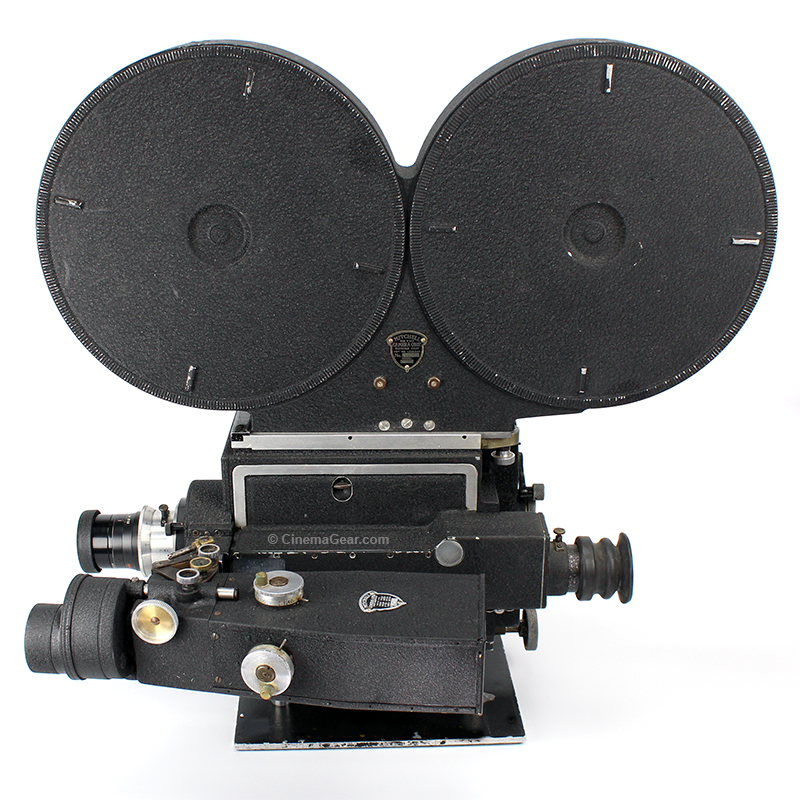 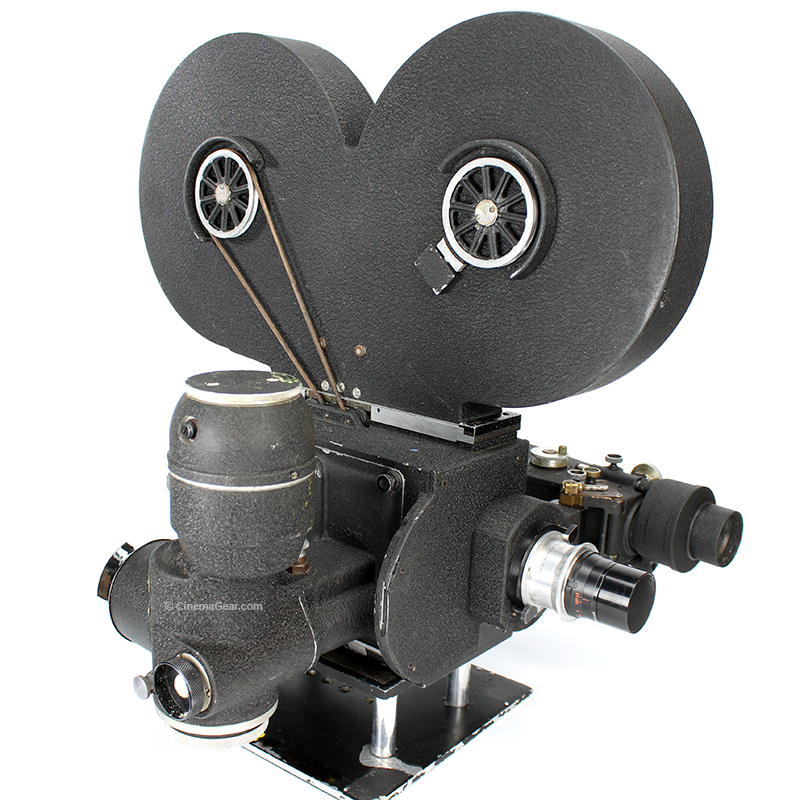 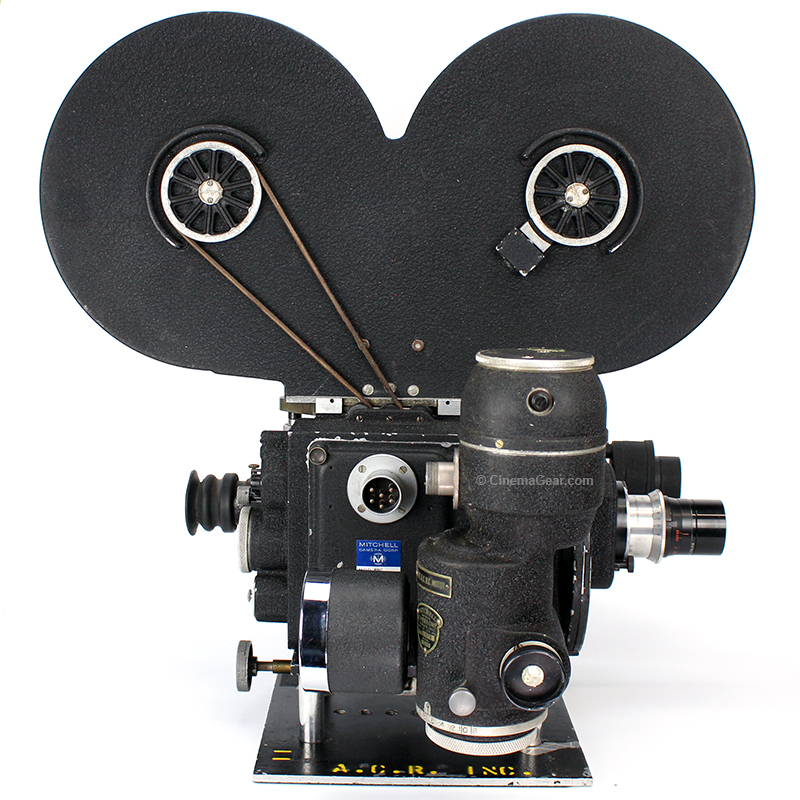 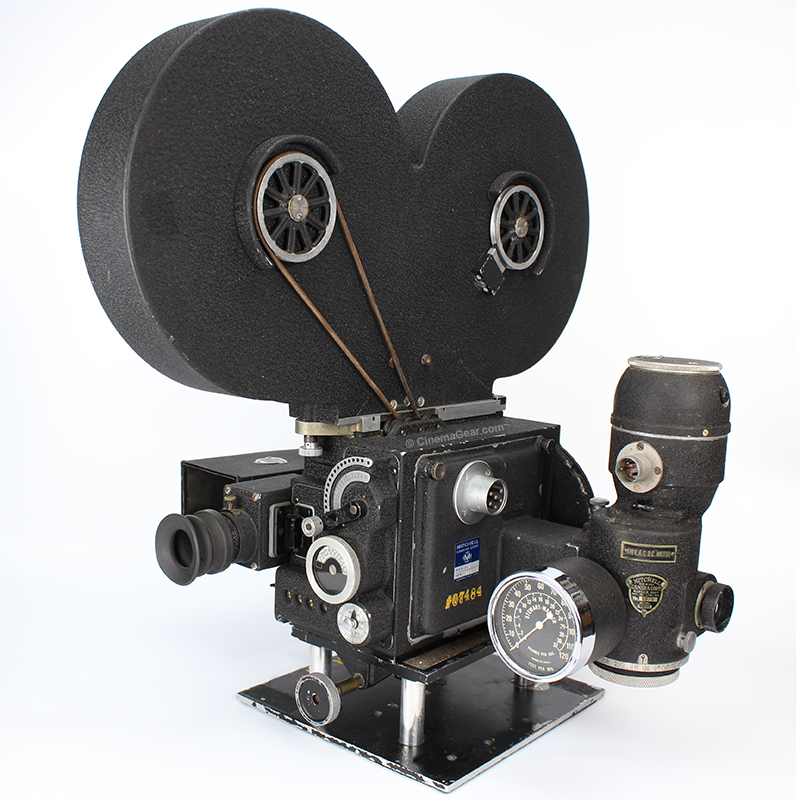 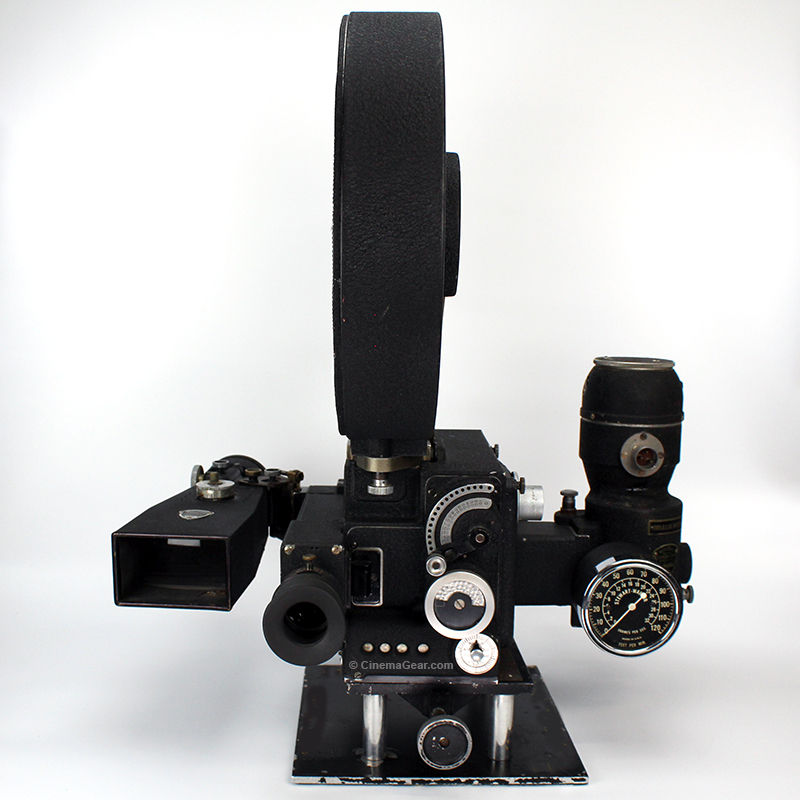 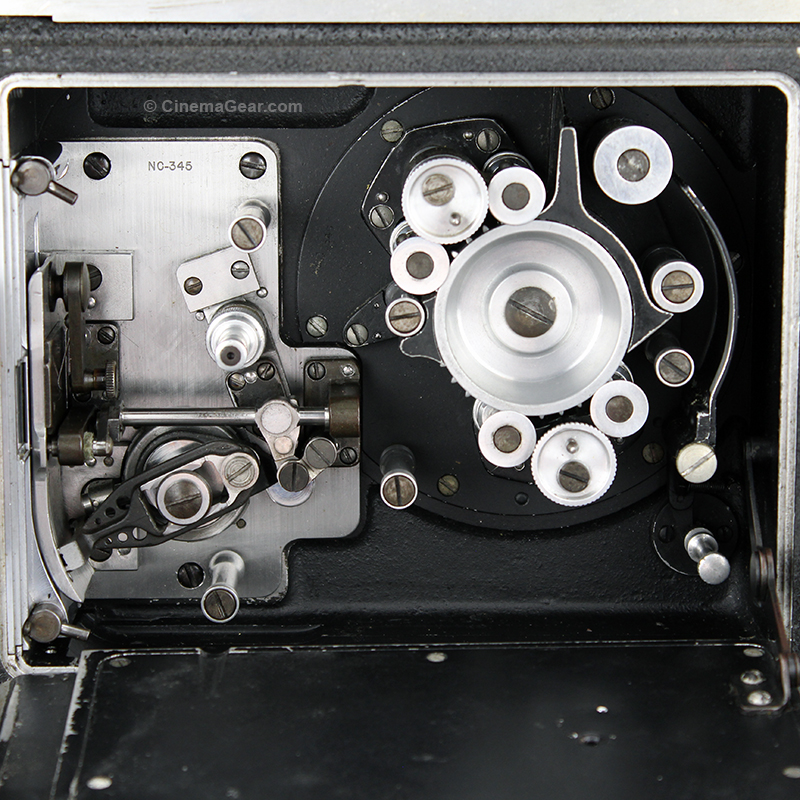