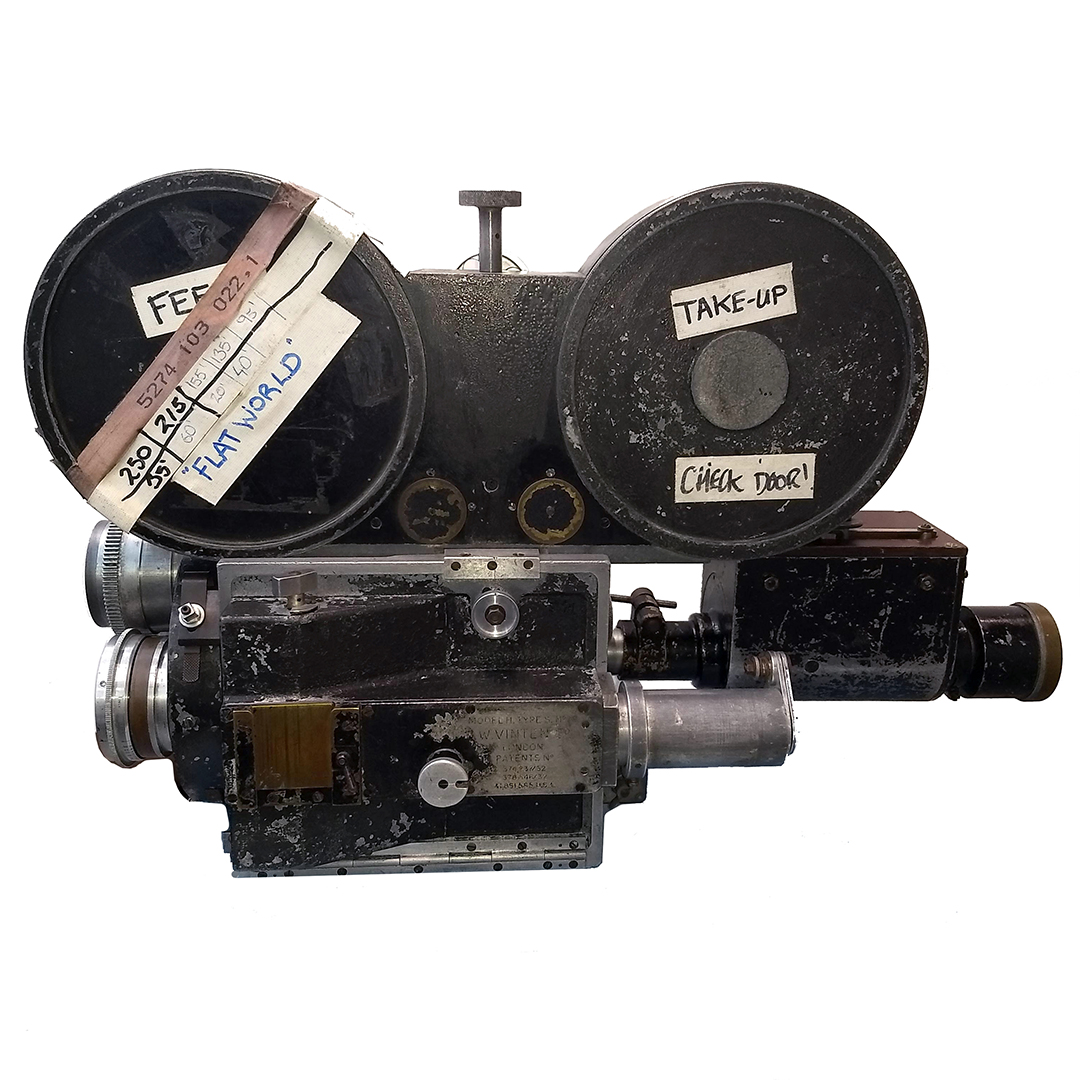 William Charles Vinten was a pioneer of the British motion picture industry. His initial experience with movie cameras came in the first decade of the 1900’s when he began working for early industry pioneer and motion picture camera designer, Robert W. Paul. Mr. Vinten also worked for Newman & Guardia, a manufacturer of still cameras, as well as film maker, producer, and entrepreneur Charles Urban. It was Urban that encouraged Mr. Vinten to strike out on his own in 1910, and gave the newly established W. Vinten company its first order, for 25 Kinemacolor Machines. A majority of Mr. Vinten’s initial work was repairing cameras, but he quickly began to design and build his own equipment. His first contribution was a film printer, followed by a few projection devices, and then his first motion picture camera. Designed in 1911, the Vinten Model A was a hand-cranked wooden box camera design with top-mounted magazines.

When World War I came, Vinten manufactured aircraft parts for the British government, including an improved engine valve assembly that he designed for a Sopwith Aviation Company aircraft. He also began work on an all-metal aerial cine camera for the British Royal Flying Corps. The Model B camera, begun in 1915, was designed to withstand the harsh wind and weather conditions of flight. Mr. Vinten had begun designing an all-metal studio camera as well before the war ended. This development continued after the war and became the Model C studio camera. It featured a 4-lens turret, a direct viewfinder, dual speeds, and a pan/tilt mechanism. Patented in 1919, the camera was unfortunately not a commercial success. However, the Model C was both extremely stable and well suited to weather extremes, so it did find use in titling, as well as in field camera work in the disparate climates of Asia and Africa.

The post-war period was a difficult one for Vinten, as orders slowed down. It was also the period in which William Vinten’s two eldest children, Charles and Maisie, first began working for their father’s company. In 1929 Vinten moved their factory to Cricklewood, and transitioned the business to a limited liability company, W. Vinten, Ltd. In the 1930’s, with the popularity of movies once again on the rise, Vinten became the major British manufacturer of film processing machines, including the Vinten Rotary Picture and Sound Track Printer, and a Negative Grading Machine. They also made turntables for the 16” sync sound discs used in the early days of the talkies. After the disappointment of the Model C, Mr. Vinten was reluctant to design another camera. With some persuasion by long-time employees, he began work on a silent camera intended for use on talking pictures. (William Vinten goes in-depth on his design process for this camera in a February 1936 article for the Journal of the Association of Cine-Technicians titled “Designing and Manufacturing a Modern Cine-Camera”) In 1935, the Vinten Model H camera was introduced, a silent camera for sound pictures that quickly gained popularity in British studios.

W. Vinten Ltd. remained under the control of the Vinten family even after William Vinten’s death in 1937. The Model H camera was updated for sound-on-film work by adding an optical sound recording attachment to the back of the camera. Vinten began to move into the television field in the late 1930’s, while at the same time continuing to develop projection equipment and aerial reconnaissance cameras like the 70mm F95. In the early 1950’s, the company moved into the camera support field, beginning with the Pathfinder and the Vinten Motorized camera dollies. In 1956, Vinten introduced the hydraulic-powered 419 camera pedestal, which became a studio staple for the next 2 decades. W. Vinten Ltd. went public in 1972 to great success. The Vinten family’s involvement with the company came to an end in 1992 when William’s son Bill retired at age 72. Vinten continues today as a leader in the camera support field as part of the Vitec Group. 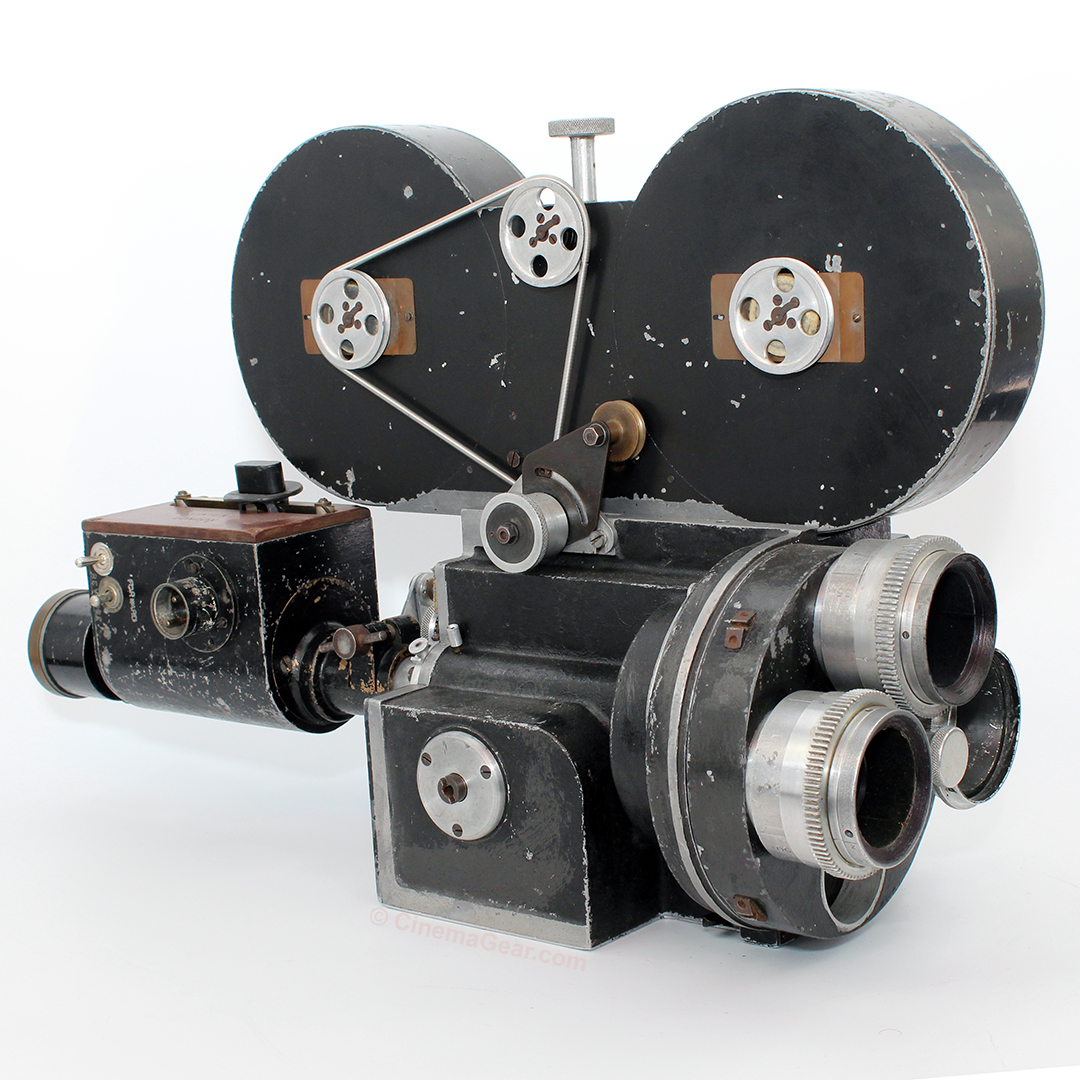 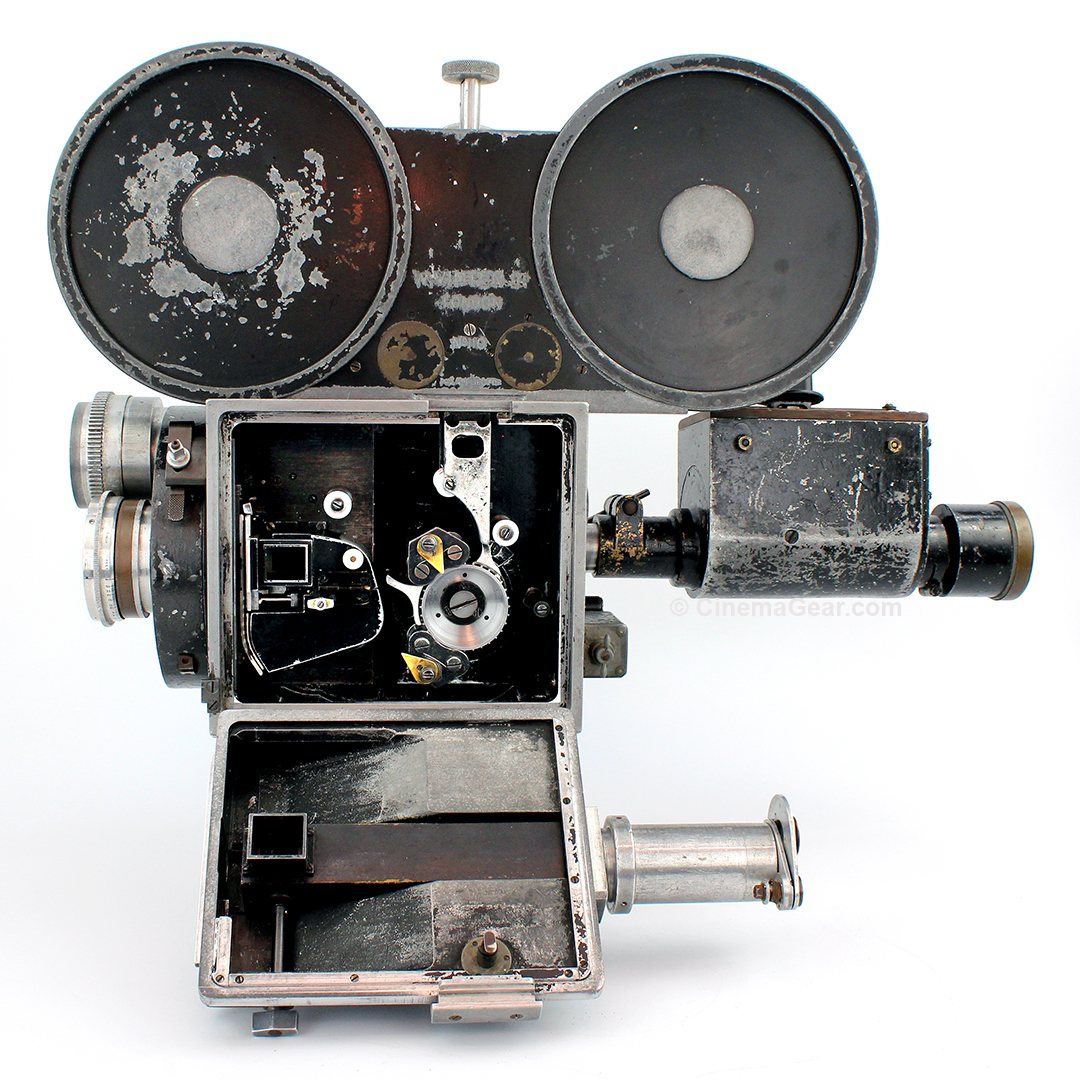 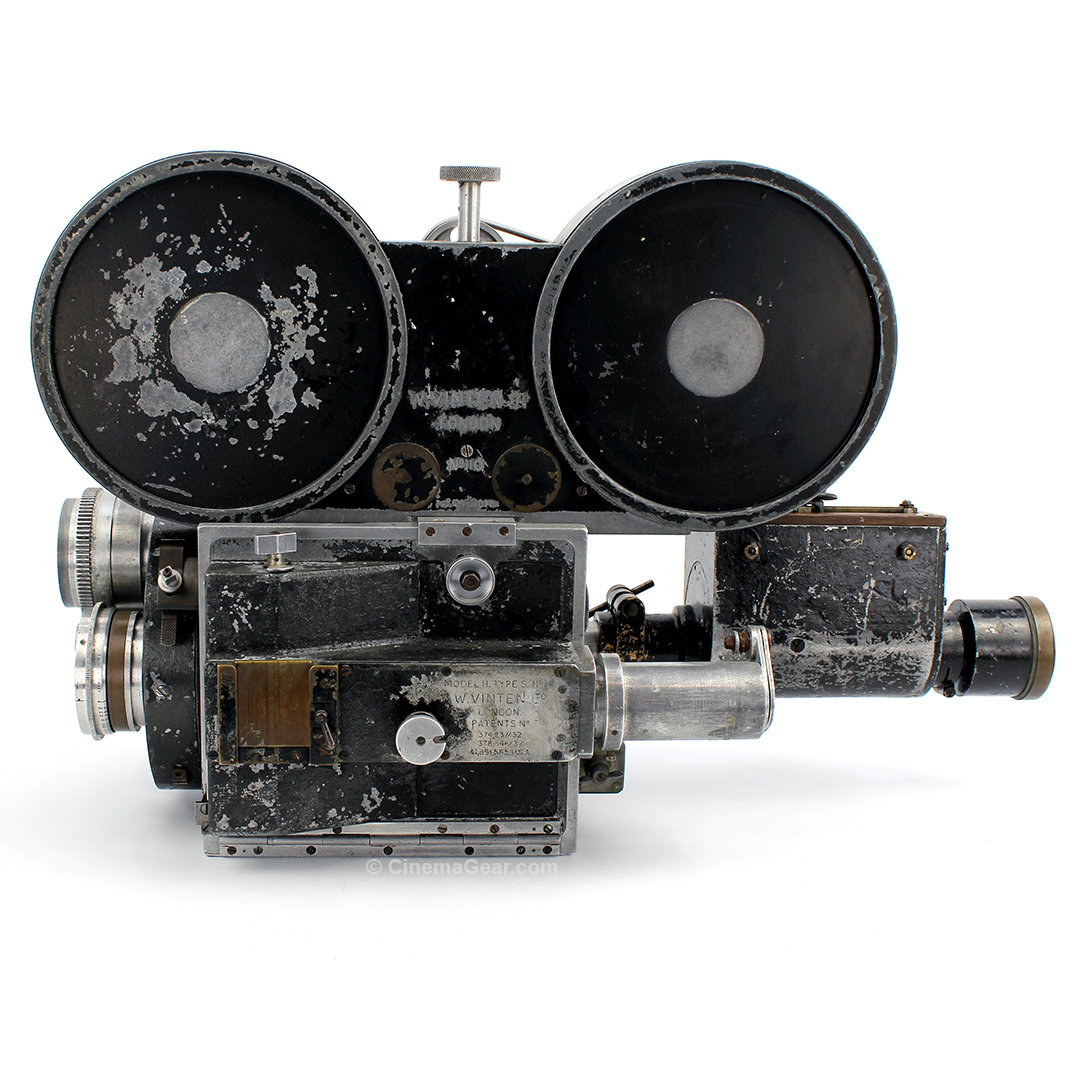 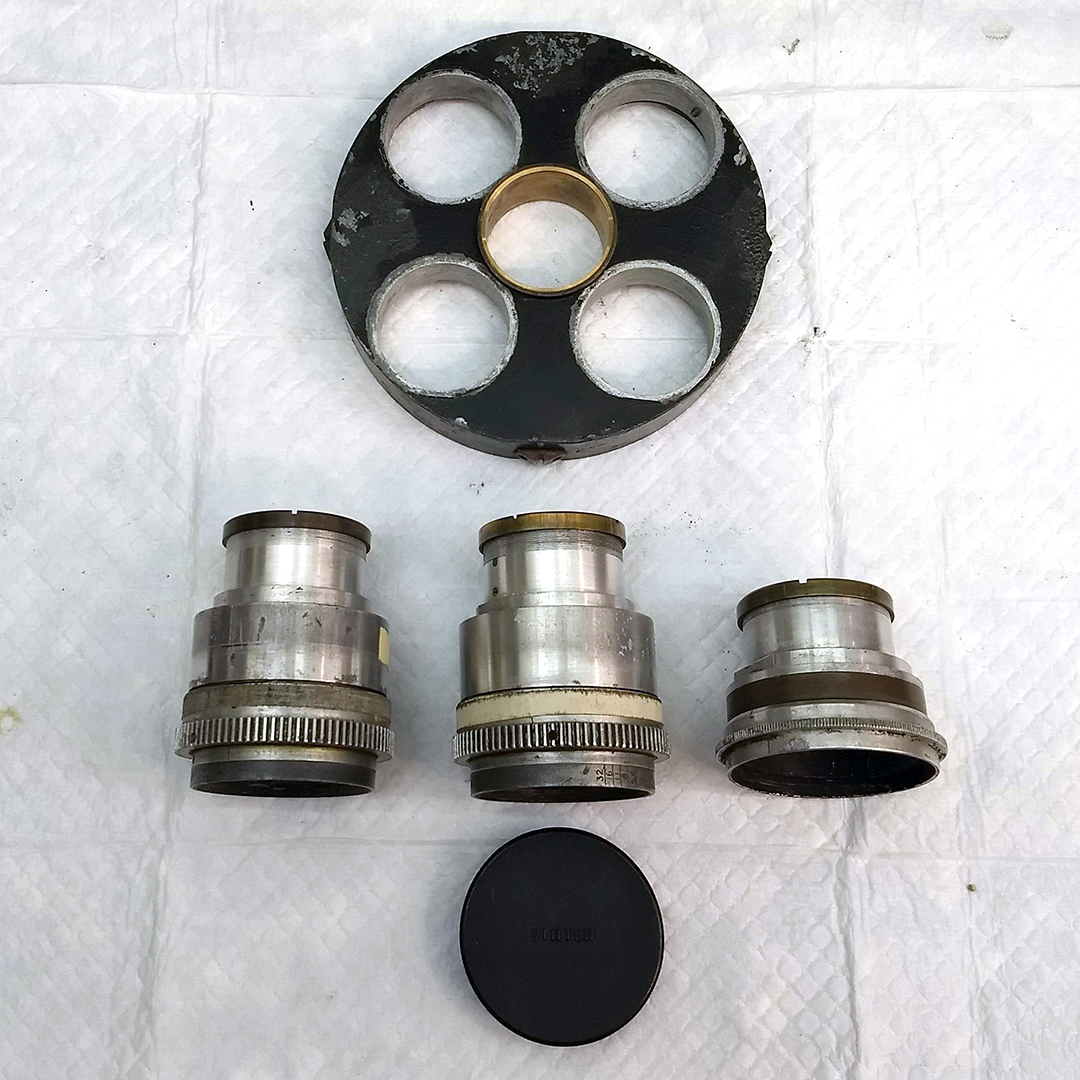 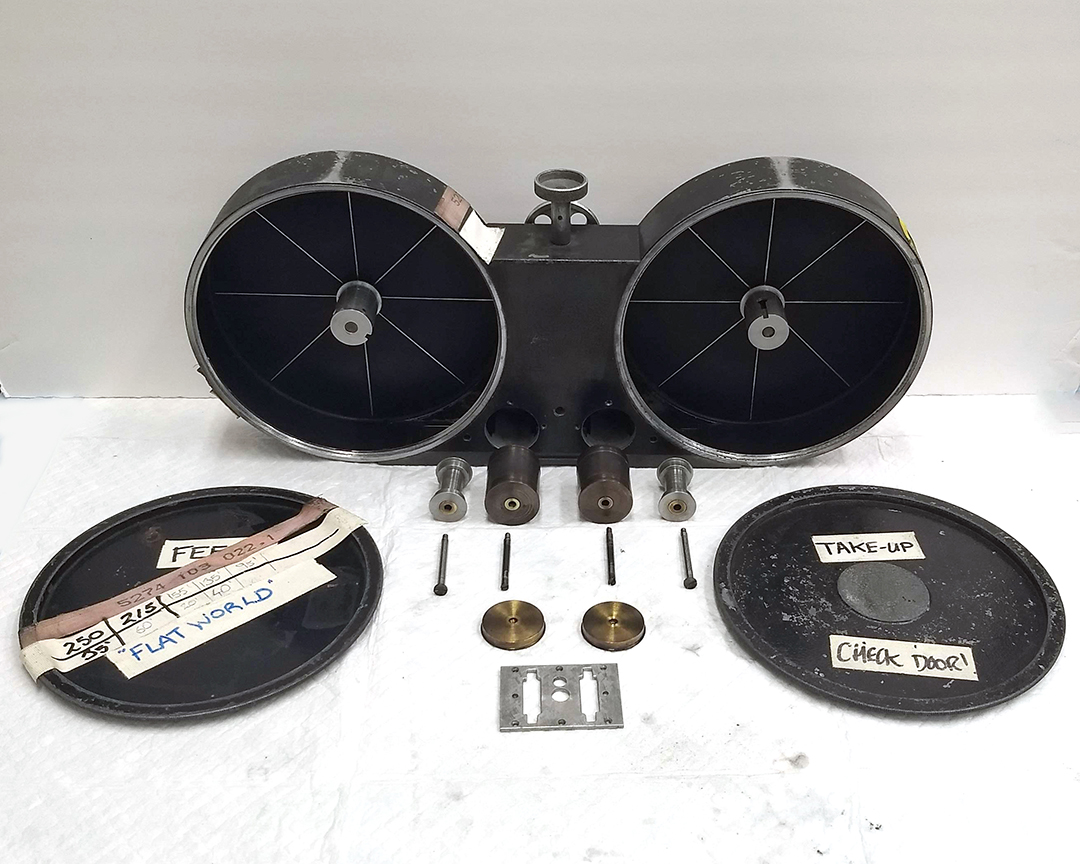 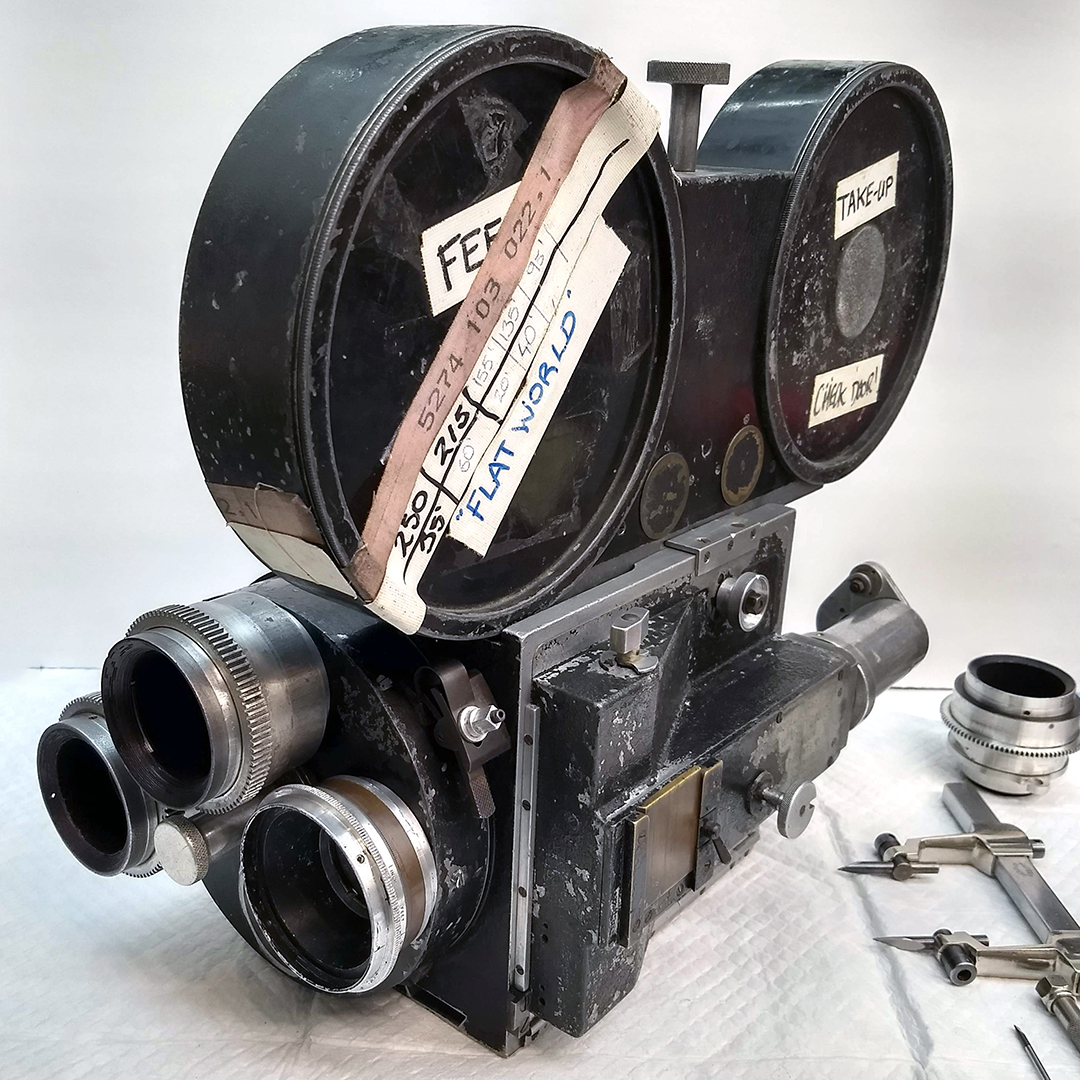